When Does Doc Martin Return For Season 9 on Acorn TV? 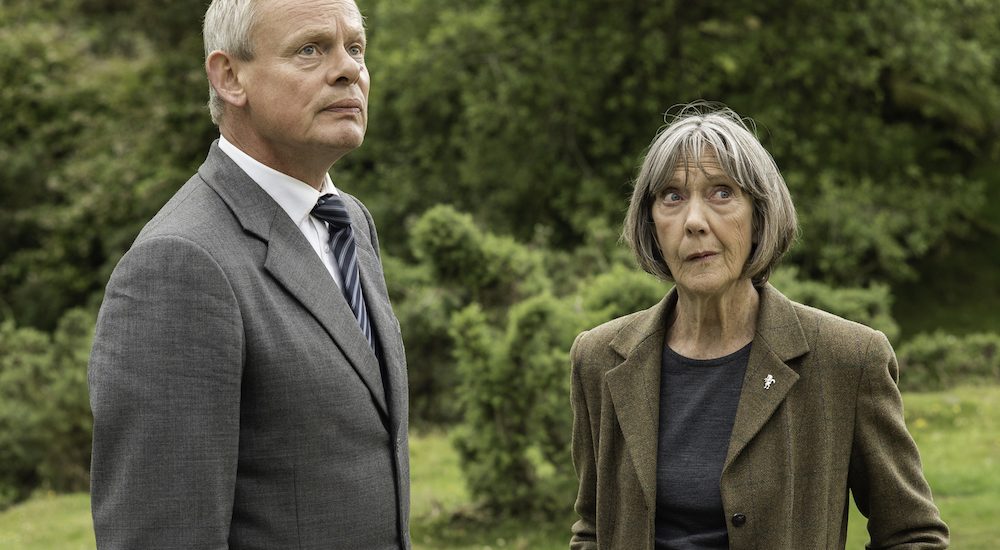 Created by Dominic Minghella and based on Dr. Martin Bamford from ‘Saving Grace’, the events of ‘Doc Martin’ are set in Portwenn, a quaint seaside village. After spanning eight successful seasons, ‘Doc Martin’ was renewed for a ninth installment. Here’s all we know about the latest season.

Doc Martin Cast: Who is in it?

Martin Clunes stars as Martin Ellingham, a village GP doctor, and the lead protagonist. English actor, tv presenter, film director, and comedian, Clunes is best known for starring in ‘Men Behaving Badly’ and narrating multiple documentaries on ITV, such as ‘Martin Clunes: Islands of America’. Caroline Catz joins him as Louisa Ellingham, the headmistress of a school and Martin’s wife. Catz’s acting credits include performances in ‘Murder in Suburbia’, ‘DCI Banks’, and ‘The Vice’.

Ian McNeice, who had appeared in the historical drama ‘Rome’, stars as Bert Large, a local businessman. Joe Absolom is the landlord of a pub, Al Large; Selina Cadell is a pharmacist named Sally Tishell; John Marquez is a cop, Joe Penhale; Eileen Atkins is Ruth Ellingham, Martin’s aunt and a former forensic psychiatrist; and Jessica Ransom is Morwenna Newcross, the receptionist of the surgery department.

All of the main cast members will reprise their respective roles in ‘Doc Martin’ season 9.

Doc Martin Plot: What is it about?

‘Doc Martin’ revolves around the multiple antics of the extremely talented and successful Dr. Martin Ellingham, who practices vascular surgery at Imperial College London. However, he gets afflicted with hemophobia, that infuses in him an irrational fear for blood. Thus, he is incapacitated when it comes to operating on patients. As a result, he takes up the job of a general practitioner in a small village named Portwenn. This sleepy Cornish town is the place where he had spent most of his childhood vacations in a farm, owned by his Aunt Joan.

After arriving in Portwenn, Martin is aghast with the treatment scenario in the village. He is forced to hire the inept Elaine Denham as his receptionist, a post that is later assumed by Pauline Lamb and then by Morwenna Newcross. As the episodes unravel, we witness Martin’s regular interactions with the local populace. While our protagonist is sharp and brilliant when it comes to his profession, he is equally blunt when it concerns his social skills. As a result, he ends up offending many of the simple village folk who arrive at the hospital to seek his counsel.

It is the deadpan humor in the show that makes it so addictive, portrayed perfectly by Clunes as Martin, who does not believe in unnecessary chitchat and never shies away from pointing out faults even in the open. He always dresses in formals and is forever uptight with a coat and a tie. Gradually, the villagers discover his affliction but still start respecting him when they understand his knack for the profession, his expert diagnostic skills, and efficient response during medical emergencies. Meanwhile, aunt Joan Norton, who is his only solace in a chaotic world, succumbs to a heart attack — causing her sister Ruth to arrive in Portwenn to resume affairs. She gradually takes up Joan’s place and offers Martin continual emotional support.

On the other hand, Martin starts falling for Louisa Glasson, a primary school teacher. He ends up proposing her but the relationship is complicated because of his straight, unemotional attitude. Across the episodes, we also meet many other oddball characters, including Bert and Al Large who are small business entrepreneurs with several ridiculous ideas. Then there is Sally Tishell who has a crush on Martin.

Season 9 picks up the story from where season 8 left off. Louisa, who is now Martin’s wife, resigns from her post of the headmistress and attempts to take up a career in child counseling. Martin’s professional life is also on the verge of a change. He faces a major challenge when his job of a GP hangs by the thread because of complaints about his methods of handling patients. Meanwhile, Louisa is increasingly worried when she notices that their son is turning out to be like his dad.

‘Doc Martin’Season 9 premieres on ITV on September 25, 2019, after a hiatus of almost two years. In the US, the series releases just a day after its premiere in the UK, i.e September 26, 2019. It comprises eight episodes, releasing one episode every Thursday at the same time slot.

According to previous reports, it was assumed that season 9 would be the last of ‘Doc Martin’ as the show had been originally commissioned only up to 2019. However, Clunes has claimed that he would be willing to return for one or more seasons. So, yes, we cannot rule out the possibility of ‘Doc Martin’ continuing for a few more years.

You can check out the official trailer of ‘Doc Martin’ Season 9 below. You can also head to their official site if you wish to catch up on all the previously released episodes from the show.