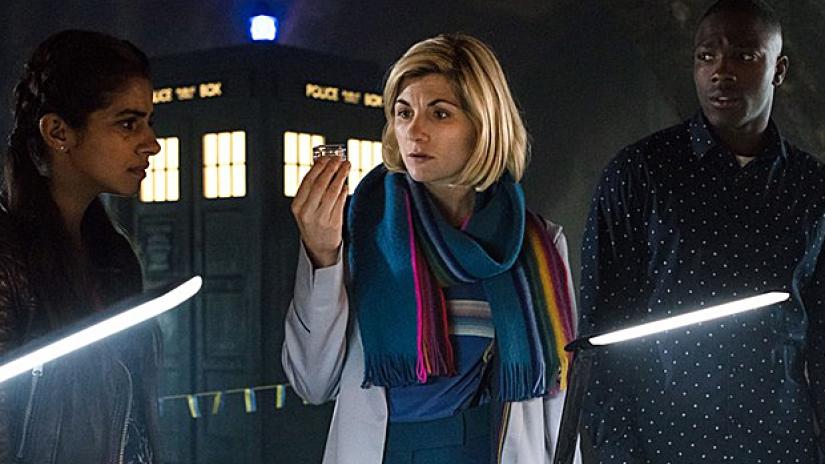 It is not just British viewers who will attest to the fact that ‘Doctor Who’ is more than a television series. Over the years, it has become a pop culture phenomenon. Originally started in 1963, the series was rebooted in 2005 with a modern adaptation. It revolves around a Time Lord known as the Doctor. The Doctor is a humanoid, extra-terrestrial being who goes on adventures across time and space.

When is Doctor Who Season 12 Episode 5 Release Date?

The fifth episode of the twelfth season of ‘Doctor Who’ will be premiered on January 26, 2020 at 8/7c on BBC America. The episode is titled ‘Fugitive of the Judoon’ and returns one week after the fourth episode of the season was aired. The show follows a weekly format with a new episode slated to be aired every Sunday.

Where to Stream Doctor Who Season 12 Episode 5 Online?

You can watch the fifth episode of the twelfth season of ‘Doctor Who’ by tuning into BBC America on the time slot mentioned above. You can also watch the show live through the BBC America website or app with your cable provider’s login.

Moreover, a Hulu With Live TV subscription or one with Philo, Fubo TV, SlingTV or YouTube TV would also allow you to watch BBC America live. Moreover, the episodes can be rented/bought on Amazon Prime Video as well.

You can watch the promo for the fifth episode of the twelfth season of ‘Doctor Who’ below.

The fourth episode of the twelfth season of ‘Doctor Who’ begins with a man talking about a wireless power transmitter. It turns out, that this man is Nikola Tesla, the American inventor. Soon, he finds out that a worker has died due to an electric shock. When he goes to investigate, someone starts shooting at him and his assistant after he discovers an orb. The Doctor comes to the rescue and the three of them run away to board a train to New York City. In the train, the Doctor’s companions are waiting.

The Doctor tells Tesla that she arrived to help after detecting an energy signature. She reveals that she can still track the energy signature from the train. Tesla refuses to give the orb he found to the Doctor. In New York, Tesla’s inventions are being protested against due to misinformation spread by Thomas Edison.

In Tesla’s lab, Tesla shows the Doctor the orb. It turns out the orb is the Orb of Thassor, which has been modified to do something else. A man named Harold Green, who works for Edison comes and clicks a picture of the lab. The Doctor orders Yasmin, Skerritt and Tesla to guard the orb while Graham, Ryan and she investigate Edison.

A mysterious creature kills all of Edison’s workers when the Doctor, Graham and Ryan are talking to him. The creature looks like Harold Green and the Doctor, Graham, Ryan and Edison are forced to run. The team finds the real Harold Green dead. Meanwhile, Tesla’s assistant has let two of the mysterious, shape-shifting aliens in. Tesla and Yasmin are taken to the aliens’ ship. Apparently, the queen of the aliens (known as the Skithra) wants Tesla to fix her broken ship.

The Doctor comes to the rescue and all of them exit the Skithra sheep. The Doctor sends a message to the Queen. However, the Queen threatens to kill everyone on Earth if Tesla is not handed over. However, the Doctor does not give Tesla up. Tesla and the Doctor power up the inventor’s Wardenclyffe Tower and attack the Skithra queen’s ship with lightning.