Doctor Who: The Faceless Ones Season 2: Everything We Know 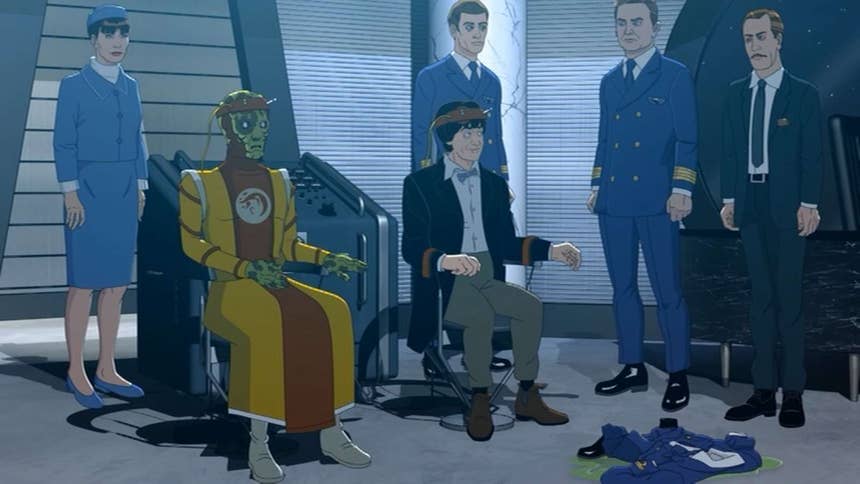 ‘The Faceless Ones’ covers the missing content from the eighth serial of ‘Doctor Who’s fourth season. It was originally aired on the BBC from April-May 1967, spanning six episodes. The story revolves around a certain species of aliens, The Chameleons, who hold power to steal identities. Currently, only two of the six episodes are available in the BBC archives.

However, since snippets of footage and image stills are still accessible from the rest four parts, complete with off-air recordings of the soundtrack, the cabler decided to redo the serial in an animated format. Titled ‘Doctor Who: The Faceless Ones,’ the show landed on BBC America in October 2020. And here is everything we know about ‘Doctor Who: The Faceless Ones’ season 2!

Doctor Who: The Faceless Ones Season 2 Release Date:

Doctor Who: The Faceless Ones Cast: Who is in it?

Doctor Who: The Faceless Ones Plot: What is it About?

‘The Faceless Ones’ sees the TARDIS reaching Gatwick Airport in July 1966. Several young people have mysteriously disappeared, including Ben and Polly. The Second Doctor and Jamie team up with Samantha Briggs to tackle the identity-stealing Chameleons.

After a series of mishaps, the four friends – Ben, Polly, Second Doctor, and Jamie reunite. With the problem of the Chameleons solved, for now, Ben and Polly decide that they will stay on earth in London. They make this decision after realizing that this was the same day they had left the TARDIS, i.e., July 20, 1966. The Doctor is a bit jealous since he never got the chance to stay on his own planet. As they depart, the Doctor shakes Ben’s hand, and Polly hugs Jamie goodbye.

Jamie is upset after separating from Ben and Polly. And this is when the Doctor says that they have a more important issue – the TARDIS was left on the hangar, and now it has vanished. The duo sets off to retrieve it – a storyline that is covered in the ninth series of ‘Doctor Who’ season 4, ‘The Evil of the Daleks.’