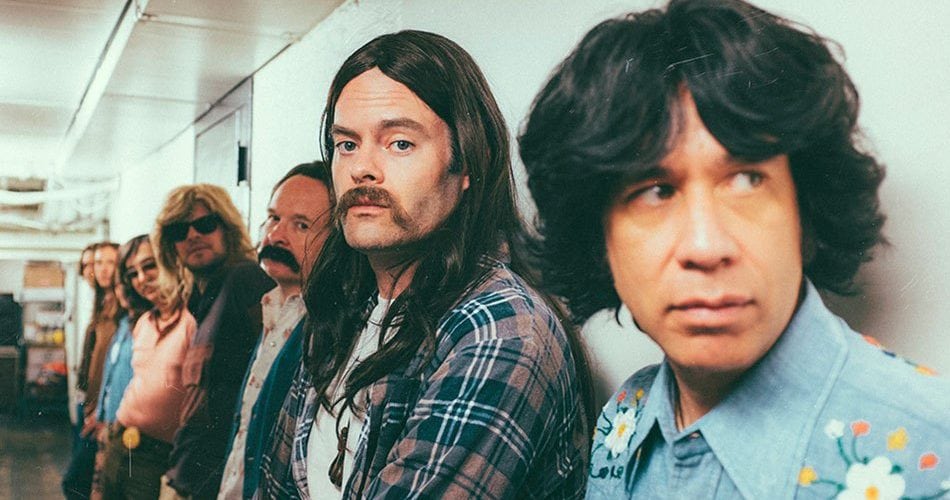 ‘Documentary Now!’ is an American mockumentary series that premiered on August 20, 2015. It airs on IFC. The show has been created by Fred Armisen, Bill Hader, Seth Meyers, and Rhys Thomas and is directed by Rhys Thomas and Alex Buono. The comedy series is an imaginary and fictitious parody of famous documentaries that are narrated in a fun style.

The series has Fred Armisen, Bill Hader, Seth Meyers, Lorne Michaels, Rhys Thomas, Andrew Singer as its executive producers. The show is a humorous take on the obsession with documentaries and draws a large crowd due to the fun and interesting approach it takes in parodying existing documentaries, without, of course, being disrespectful to the original content. The idea for ‘Documentary Now!’ was born from a pre-tape short film for ‘Saturday Night Live’, where Armisen, Meyers, and Hader were former cast members. When IFC initially okayed the idea, they had gone with the title ‘American Documentary’. Despite hitting a few snafus in the initial seasons, ‘Documentary Now!’ soon gained momentum and the numbers show how popular the show is on the channel.

Documentary Now! Cast: Who’s in it?

‘Documentary Now!’ stars Fred Armisen and Bill Hader and has Helen Mirren as the presenter. Armisen and Hader bring the comedy to all the episodes, and Mirren presents in a nonchalant manner, which is bound to get more laughs. The show has often had guest stars of repute in certain episodes. Among these have been the likes of Cate Blanchett and Michael Keaton.

In the upcoming season we are likely to see the trio consisting of Armisen, Hader and Mirren return, and if we are lucky, we will see more guest stars appearing on the show to keep things funny and interesting.

Documentary Now! Plot: What is it about?

Of the content parodied across seasons, ‘Documentary Now!’ has taken jibes at popular documentaries including ‘The Thin Blue Line’, a documentary about a man wrongly convicted and sentenced to death for murder, ‘The War Room’, which was a documentary on Bill Clinton’s Presidential campaign, and the recent Netflix documentary on Osho and his cult, titled ‘Wild, Wild Country‘. The stance that the series takes is hilarious and it not only parodies the documentaries themselves but also raises questions about the recent obsession with documentaries in the entertainment industry. What is exciting about the series is the different locales it goes to, in order to effectively parody the documentaries. Up until now, the series has been shot in Iceland, Tijuana, and Budapest among other locations. This, coupled with the extent the show makers go to, in order to pull off their jokes, is what truly draws the audiences to the show and keeps viewers coming back for more.

However, over time, some viewers have found the humor of ‘Documentary Now!’ to become a little stale and have even categorized it as sophomoric to an extent. However, despite detractors, the series keeps enjoying immense popularity across seasons among critics. While it started off on an extremely high note, with the first season being hailed as one of ‘The Best TV Shows of 2015’ by the New York Times, the subsequent seasons have only performed better. The show was recently praised for being “Incisively critical of the genre and equally delighted by its subjects, Documentary Now! nails mockumentary under the deft direction of Rhys Thomas and Alex Buono”. Hopefully, the upcoming season will continue in a similar fashion and will continue to leave us all gasping for breath from the laugh riot they introduce in every episode. We also hope to see more guest stars, and better satirical take that not only parodies the content of the documentaries but the very culture that encourages the influx of documentaries in the market.

Documentary Now! Season 4 Release Date: When will it premiere?

‘Documentary Now!’ Season 3 premiered on February 20, 2019. As far as season 4 is concerned, we have a good news for the fans. Deadline has confirmed that IFC has officially renewed Documentary Now! for season 4. In a statement cast member Armisen notes, “Every project in existence is great. All shows are of equal money and value, and this one is no different.” In addition, Seth Meyers, who is the executive producer of the series, said, “This has been, and always will be, a cash grab.” Funny!

Earlier Meyers had indicated about the new season when he mockingly said, “Yeah we’re talking about it. Again it comes down to—you know obviously I think Bill blew it with Barry. Nobody likes that show. A complete loser at all the awards (laughs). But it’s nice to realize that people who I want and think should be successful are being so successful that it’s making the show a little bit harder to do, but it’s been really great to take as much time off as we did and have people be excited about it coming back.”

While the next season is confirmed, there is no news on the exact release date. Our best guess is that Season 4 might release sometime in early 2020 — we are thinking February or March, 2020.

While you wait for an official confirmation on the news date, check out this trailer for Season 3 to get a better idea of what the future might hold in store.