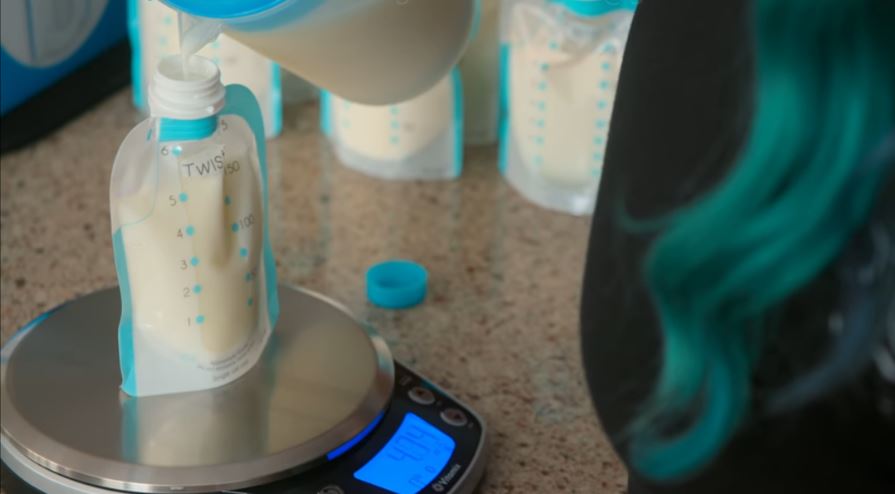 Netflix’s ‘(Un)Well’ is a doc-series that paints the picture of non-scientific treatments and healing compounds that have said to benefit individuals suffering from various kinds of diseases and problems. With the help of one-on-one interviews with both patients/users and certified doctors, we genuinely get to know all the good and the bad aspects of the wellness industry. But, the one thing that caught our attention the most and made us dig deeper was their implication that breast milk can cure cancer in the third episode.

It’s no surprise that a woman’s body can do incredible things, and there is a reason that breast milk or mother’s milk is called liquid gold. First off, it has antibodies that can help fight bacteria and viruses, and if an individual did breastfeed growing up, then the chances of them getting asthma or allergies lower as well. It is also clinically proven that mother’s milk helps in fighting against infections and respiratory illnesses. But, as far as fighting cancer goes, its a completely different and more complicated story.

We do not want to give anyone false hope or lie, so we have to clear the air and say that, till now, there is no proof that breast milk cures cancer. In saying that, however, some researchers have suggested that the antibodies in breast milk have the capacity to break down cancerous cells. Anders P. Hakansson, the Professor of Experimental Infection Medicine at Lund University, Sweden, was the one who accidentally discovered this in the mid-90s, and ever since then, he and his team, have been working to give us a proper answer.

In their years of research, they have found that a particular compound found in breast milk, when purified and prepped as an injection, holds the ability to kill tumorous cancer cells. This compound, Human Alpha-lactalbumin Made Lethal to Tumour cells, called HAMLET for ease of use, doesn’t seem to damage any of the healthy cells in the body – meaning that while it could be the substance that busts cancer, it won’t have any of the side effects of chemotherapy and radiation. “There’s something magical about Hamlet’s ability to target tumour cells and kill them,” says Catharina Svanborg, one of the lead researchers.

So far, the HAMLET research team has seen positive results for brain tumors, colon cancer, and bladder cancer, because of which, they were allowed to do clinical trials with skin papillomas and bladder cancer. When they did go public with this news, they managed to get educational and government funding for controlled Phase 11 clinical trials. The first of many were on mice, and the human ones are still on-going. However, the bad news is that cancer patients everywhere started looking at breast milk as a sure-shot cure, which is, as we mentioned not true, and began buying and drinking it.

First, the way breast milk affects adults is not the same as it does infants, for obvious reasons. Second, the HAMLET study does not mention drinking the milk anywhere, it just involves a compound found within the liquid. Without the purification process and the insertion of fatty acids, what you’ll have is the normal milk and its proteins, not HAMLET. It’s the compound that may break down the cancerous cells, not the milk itself. Basically, you need a laboratory, proper equipment, and injections, not just a frozen bag of mother’s milk bought off of someone else – and even then, it may not work.

Third, and probably the most important, drinking someone else’s milk can sometimes do you more harm than good. Since there is no way that you can test the product for its genuineness yourself, you can’t be sure if whether or not what you’re receiving is a mixed product with either baby formula or cow’s milk or water added to it. Even if it is pure, you would be exposing yourself to other bacterial, viral, and contaminant risks. Human milk, especially if DNA is not shared, isn’t as “clean” for adults as some online sources suggest.

The breast milk that specialized banks have is tested, yes, but there is still a massive risk, especially if you already have cancerous cells in your body. People who claim for sure that mother’s milk can cure cancer are giving false hope. Even though there is a possibility of the compound helping, nothing has been scientifically proven just yet. (Featured Image Credit: Netflix)

Read More: Who Is Narcis Tarcau? Where Is He Now?