Where Is Donald Shelton From My 600-lb Life Now? 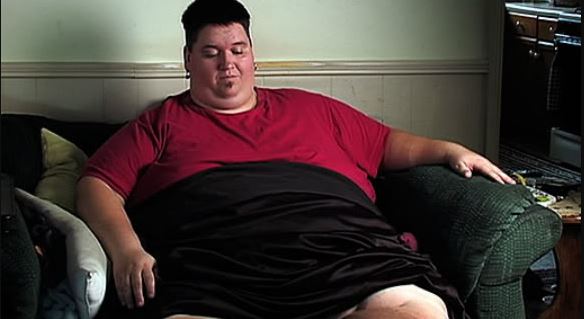 ‘My 600-lb Life‘ is a TLC reality series wherein each episode follows a morbidly obese individual weighing at least 600 lbs and documents their attempt to reduce that number to a healthy level. Placed under the care of Dr. Younan Nowzaradan (Dr. Now), they change their lifestyle, undergo surgeries to further assist their weight loss, and, in the end, gain back their confidence and life.

Given the massive success of the series, it’s no surprise that fans are curious about the stars of it even years after their episodes air, especially the ones who were a part of the very first season, which premiered back in 2012. So, we’re here to update you all about season 1 episode 2’s subject, Donald Shelton.

When we first met Donald Shelton back in February of 2012, we saw a 34-year-old, Pasadena, Texas native, who weighed 675 lbs and was dealing with not just food but meth addiction as well. Due to his massive frame and lifestyle, he struggled with his confidence, social life, and mobility. Having a hard time living in the normal world and knowing the risks that his ballooning body was having on his health, Donald buckled up and went to Houston, Texas to start Dr. Now’s weight loss program. This was back in 2004.

Since season 1 subjects were filmed for seven years, what we saw in his episode was merely a snippet of his weight loss journey. However, it was evident that he did not have an easy time getting rid of all his excess weight. After a while, though, he was able to completely turn his life upside down and lost enough weight to qualify for the gastric bypass surgery. Following that, and even more weight loss, he also underwent the excess skin removal surgeries and plastic surgeries to enhance his features. By the end of his episode, Donald was down to 380 lbs, having lost 285 lbs.

Where Is Donald Shelton Now?

Since undergoing the high-risk operation, Donald has continued his battle against obesity. After losing nearly 400 lbs in total overtime, he faced a huge setback after suffering from a fall while walking. Scared of what had happened, he admitted himself to the hospital. Not long after that, he slipped into a coma and was diagnosed with Guillain-Barre disease, an illness that attacks the nervous system. It seemed like he would not make it.

Thankfully, Donald managed to get out of the scary situation and recovered until the point where he was allowed to go home. However, his disease limited his mobility and now he has to rely on a scooter and wheelchair to get around. Despite all of this, though, he has not kept his weight loss progress on the backpedal. Yes, his weight still fluctuated from time to time, but he made sure to maintain a healthy lifestyle.

Donald keeps a low social media profile, only giving sporadic updates on his Facebook page, whether it be in the form of a status update or the occasional photo. But, from what we can see, despite having limited mobility, Donald’s weight appears to have reduced an impressive amount since his debut on the reality series, making him almost unrecognizable. Back in his hometown in Pasadena, he looks fitter, healthier, and just happy to be alive and well.

Read More: Where Is Paula Jones From My 600-lb Life Now?