Doom Eternal: Everything We Know 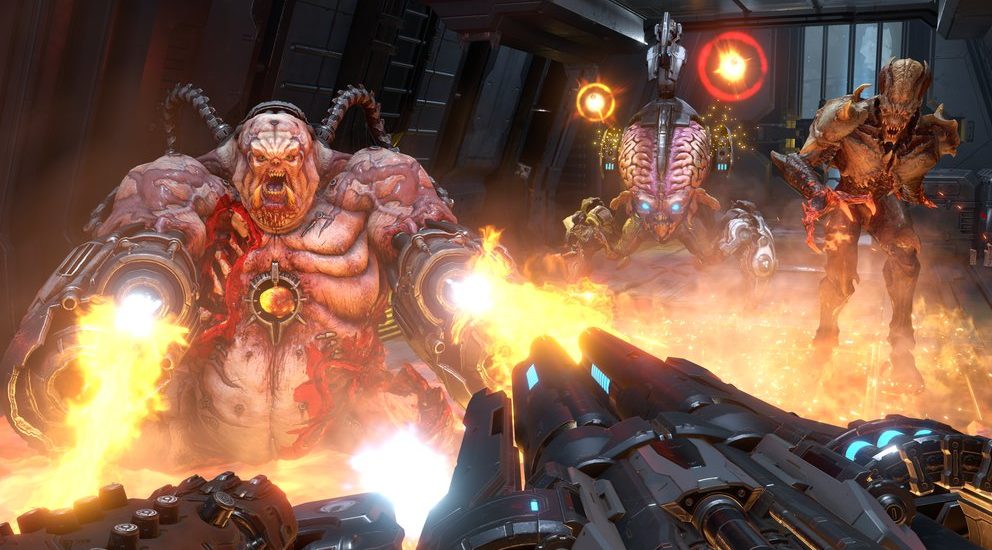 If ‘The Last of Us’, ‘The Witcher 3: Wild Hunt’, ‘Days Gone’ and a ton of such games gave you your fill of epic storylines with soul draining conclusions, moral ambiguities, tough choices and raw, unforgiving grit in the world in which they were set in, then every game in the ‘Doom’ franchise, especially the 2016 reboot meant for the current generation of consoles would be the “why so serious” to them. This is a franchise that pioneered first person shooter games to blow up legions of demons from hell, and well, making it looking thoroughly and completely, like a blast.

The franchise by now has expanded in size and content while maintaining the core of what gamers like about this franchise, and that is the unbridled blood and gore from shooting up monsters from hell, and beating the heck out of them. In a lot of ways, I believe ‘Doom’ has tread a route somewhat similar to ‘Mortal Kombat’, with failed movie adaptations, a number of originals and spinoff games, novella, merchandise and a rebooted game that lead the franchise’s popularity to skyrocket after the 90s for both new players and loyalists alike.

Akin to ‘Mortal Kombat XI’ releasing earlier this year, we have a sequel to the 2016 reboot picking off right from where it ended. More monsters, more mayhem, more blood and more hellfire. Read on to find out everything we know about ‘Doom: Eternal’.

Doom Eternal Plot: What Is It About? 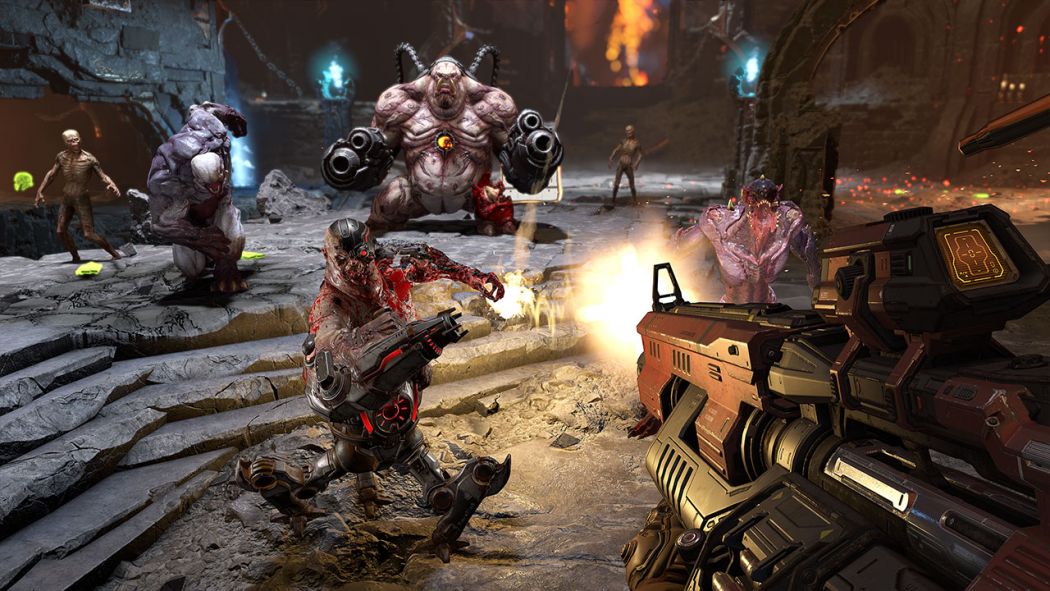 As simple as you think it to be, really. Following the Doom Slayer’s voyage through a now colonised Mars in the future to the very layers of Hell itself, as he pillages through hordes of monsters and demons to make his way through in the 2016 game, ‘Doom: Eternal’ opens after an unspecified amount of time after the set of events I described above and places Doom Slayer in an unspecified location that Dr. Samuel Hayden teleported Doom Slayer to, eventually to make his way to Earth that too is now overrun with these demons.

In fact, Marty Stratton, the game’s executive producer on the release of the rebooted game in 2016 put it rather aptly: “badass demons, big effing guns, and moving really fast”. ‘Doom: Eternal’ is essentially going to be more of the same with better mechanics, better weaponry, and more and grislier demons to be taken down with more elaborate and bloody Glory Kills. Just that instead of the Humans’ pursuit of harnessing energy from portals through hell, it will be the very fate of the human race that will rest in the balance here as Doom Slayer takes down his foes from Hell.

Indubitably, the most exciting section of this writeup. Like all its predecessors, ‘Doom: Eternal’ will have an FPS format, a first person shooter interface just like its predecessors in the series. However, what sets this game series apart from its other FPS counterparts is its emphasis on “push forward” combat, wherein the player has to continually and literally push forward in the game to take on legions of demons at once, slicing, cutting, or shooting his way through.

The aggression with which the player deal with the incoming swell of enemies is what rewards the player with health and ammo, thereby making the need for hiding behind shelters to recuperate from low health or to plan surprise/stealth attacks obsolete. What adds real variety to the kills and also invariably is a part of the novelty of the game too is the weapons the player can spawn ranging from shooting weapons including Combat Shotgun, Super Shotgun, Heavy Cannon, Rocket Launcher, Plasma Rifle, the classic BFG 9000, and Ballista, along with melee weapons such as chainsaw, the “Crucible Blade” energy sword and a retractable arm-blade.

These weapons can also double up as brutal hinge objects to deliver absolutely gruesome glory kills, like K.O.s that the player is enabled to perform once he is able to vanquish a demon to below a certain level of health. To add to the frenzy, the makers have included wall climbing and dash moves to add more fury to the Doom Slayer’s attacks.

Apart from the primary single player gameplay mechanics, the makers have also stated that the game would have twice as many demon types compared to the 2016 reboot, including both new enemies like the Marauder and Doom Hunter, and old foes returning including the Pain Elemental, Archvile and Arachnotron. Like numerous other FPS’s, ‘Doom: Eternal’ too will have a lives system allowing the prayer to respawn in the case of a death at the nearest checkpoint by collecting place-marker one ups along the way. Apart from its single player mode, the game simply wouldn’t be complete without its multiplayer mode, that apart from providing the usual multiplayer mayhem will introduce a new mode called ‘Invasion’, allowing players to fight other players in their solo campaigns as demons. Pretty ccool and a bit of naughty I must say!

Doom Eternal Crew: Who Is Behind It?

Hugo Martin and Marty Stratton (also the executive producer) will be serving as directors on the game developed by id software and published by Bethesda Softworks. The game will feature the developer’s latest id Tech 7 Engine, ‘Doom: Eternal’ being the first game to use that. The game’s multiplayer mode too is being developed inhouse by id software itself, as opposed to the franchise’s previous entries.

Doom Eternal Release Date: When Will It Be Available?

‘Doom: Eternal’ will finally be available for purchase over Google Stadia, Microsoft Windows, Nintendo Switch, PS 4, and Xbox One on November 22, 2019 after being announced over a year ago at last year’s E3 Expo and winning the title of most awaited game of 2019 from multiple sources.

There have been multiple trailers, teasers, gameplay reveals and walkthroughs for the game, enough to get even basic fans hyped up. True fans of the game though already know what they are here for: a demon head gets chainsawed in half in the first five seconds of the trailer. Sounds about right. The trailer here, the official E3 story trailer, is a good mix of the characteristic action of the series and a faint whiff of the story, along with a titan sized reveal at the end. Watch the blood fuelled trailer for ‘Doom: Eternal’, here. Raze hell!

Read More in Game Preview: The Last of Us Part 2 | Mortal Kombat