Are Dorinda Medley and John Mahdessian From RHONY Still Together?

“The Real Housewives of New York City” premiered on March 4, 2008, and has amassed wide popularity and fan following. The show is still going strong with its 12th season all set to air on September 10 of this year. One of the most entertaining and classy New Yorker, Dorinda Medley, just announced her exit from the show after featuring in the last 5 seasons. The news has grieved the audience who look up to her as their role model. But she has her reasons that led to making this tough decision, a huge part of which includes her boyfriend, John Mahdessian. She has also recently made a statement regarding her relationship status. Here is everything we know about it!

Dorinda Medley is a gorgeous 55-years-old entrepreneur who met John as a bit of a fluke. Ironically, the first time she saw him, Dorinda was still married to her husband, Richard Medley who unfortunately passed away due to liver failure. Widowed in 2005, John Mahdessian was there for her through the grieving period and helped her heal by providing immense love and care. What started as pious friendship turned into a mature relationship!

Did you know I was in real estate and living in Scotland ? I sat down in the studio with @christenebarberich from @Refinery29 and spilled all my tea 🍵 😂. #unstyledpodcast

The two have been with each other for seven long years now and experienced a pure form of ‘love’ through the hardships that life has thrown at them. Making innumerable public appearances together and being cast on the American reality TV show, the couple came under the limelight for being adorable and unique. Dorinda and John lived a luxe life in Berkshire and have taken multiple vacations to Bahamas, Miami, and Massachusetts.

When a person takes you out of a difficult situation, he naturally makes an irreplaceable space for himself in your heart. That is how Dorinda looked at John for the longest time possible. But it also began to dawn upon her that he was not available for her anymore. Avoiding to attend fashion events together, he would prefer to make a separate appearance despite living in the same house. Their friends’ circle started noticing the change and would always ask him about her whereabouts. The question began to come up so frequently that it has become a famous joke on the show, “What are you doing here without Dorinda?” Despite the light dig that everyone was making, it hurt her in the pit of her stomach. But did she do something about it or let it go?

Very excited to announce my webshop is NOW LIVE! Link in bio 🎉

Are Dorinda Medley and John Mahdessian Still Together?

No. She officially announced that the couple split ways and have been living apart for months now. As beautiful as finding the love of your life is, drifting apart from them can be equally devastating. Dorinda realized a few months back that she has actually “outgrown” her partner and feels complete without him. As much as it pains her, she openly states that a part of her would always be in love with John. He even appeared at her 55th birthday celebrations and made a touching toast to his former lover. 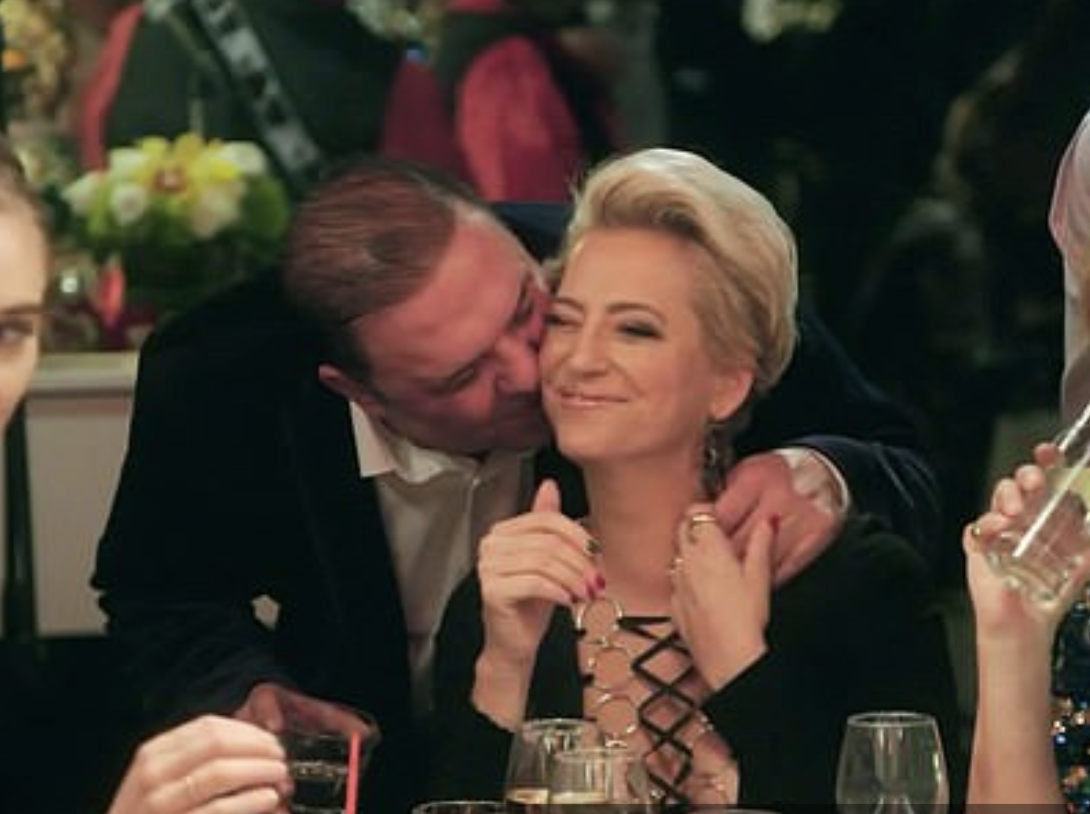 John has been busy running the family business, Madame Paulette, which is a luxury dry cleaner and restoration service in midtown Manhattan. Dorinda has kept at her ‘dorobics’ an amalgamation of ‘aerobics’ and ‘Dorinda’. She does this with her co-partner Jon Giswold. She also owns, sells, and endorses her “Make It Nice’ eye masks and canvas tote bags.

In two days. This is going to be amazing @philadelphiaflyers we are ready! @dorobics is a great way to get your girls (&guys) together for a great workout, plenty of great jams all led by the encouraging dynamic duo of me & @jongiswold #philadelphia #meetandgreet #phillyevents #wellsfargocenter #rhony #workoutinspo #80sfashion #80smusic #80snight

The entire cast of RHONY could feel a drastic change in Dorindo’s temperament. She had been acting like a loose cannon throughout the 11th season of the show, triggered at slightest of provocation. The negativity that she unintentionally spread due to her drunken quarrels and emotional instability shook her fans’ faith in her. Yet she has decided against letting them see her going back to her normal self in the coming season. With a short farewell note, Dorinda has thanked Bravo TV and NBC for the opportunities she gained from the series. This surely means the end of an era!