When Will Dorohedoro S1 E2 Premiere? 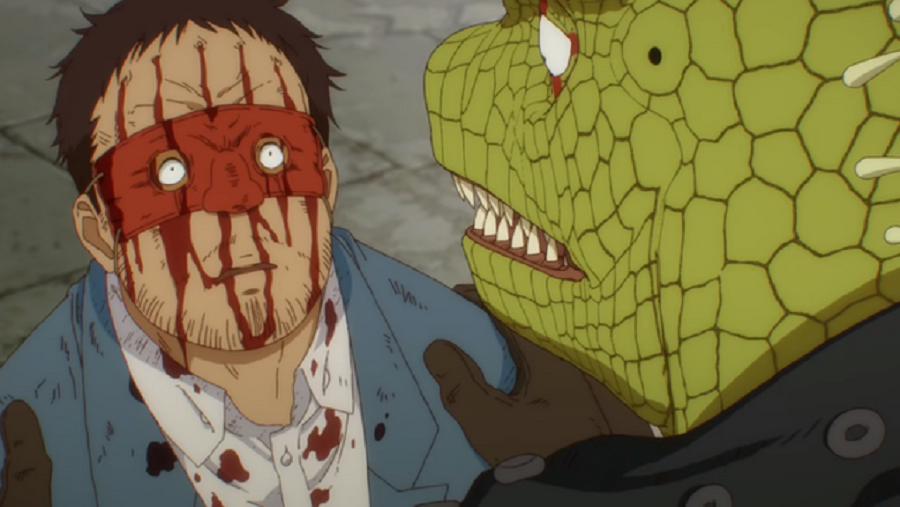 The anime adaptation of the much-awaited ‘Dorohedoro’ is finally here and though it is still questionable if it’ll be able to live up to the high standards set by its source, the anime has kicked off with a fairly satisfying start. You can read more about our review of its first episode here. With that said, further down in this article, we’ll be walking you through a brief recap of its first episode but before that, we’ll discuss the streaming availability and release date of its next episode.

Dorohedoro Episode 2 Release Date: When will it premiere?

Produced by MAPPA Studio, ‘Dorohedoro’ premiered on January 13, 2020 and assuming that its first season will have a total of 12 episodes, we can expect it to end by April 2020. ”Dorohedoro’ episode 2 is scheduled to release on January 20, 2020.

In the opening scene of the first episode, Caiman and Nikaidou, the two main protagonists of the series, battle against two sorcerers. While Nikaidou holds one of them back, Caiman shoves the face of the other inside his mouth. He then pulls him out and asks him if he heard something when he was in there. Thinking that Caiman might spare his life after this, he tells him that a man inside his mouth told him that he is not the one. Realizing that the sorcerer is of no use to him anymore, Caiman slashes him with his sword and kills him. But before he can do the same with the other sorcerer, a door gets summoned out of nowhere and the sorcerer manages to escape.

It is later revealed that Caiman works at a hospital where all the victims of the ruthless sorcerers are treated. Apparently, the sorcerers use innocent humans as lab rats for their magical experiments. But now that they know about Caiman, out of fear, they’re all holding themselves back. The rest of the episode is all about Caiman’s relationship with Nikaidou and further explores how she not only helps him with his sorcerer slaying endeavors but also helps him deal with his never-ending hunger. Meanwhile, the sorcerers really get concerned about Caiman and his brutal killing streak of others like them. And since he is the only person who is immune to their magic, there isn’t much they can do to stop him.

Later in the episode, Caiman and Nikaidou come across another young sorcerer who sports a skull mask. To their surprise, the sorcerer turns out to be a girl but they still carry out their usual procedure. After Nikaidou slashes her fingers, Caiman devours her face and makes her face the man inside his mouth. But before he is able to pop her with his usual “question”, another sorcerer named Fujita appears and summons her to her different part of the city through a magical doorway.