Where Was Double Jeopardy Filmed? 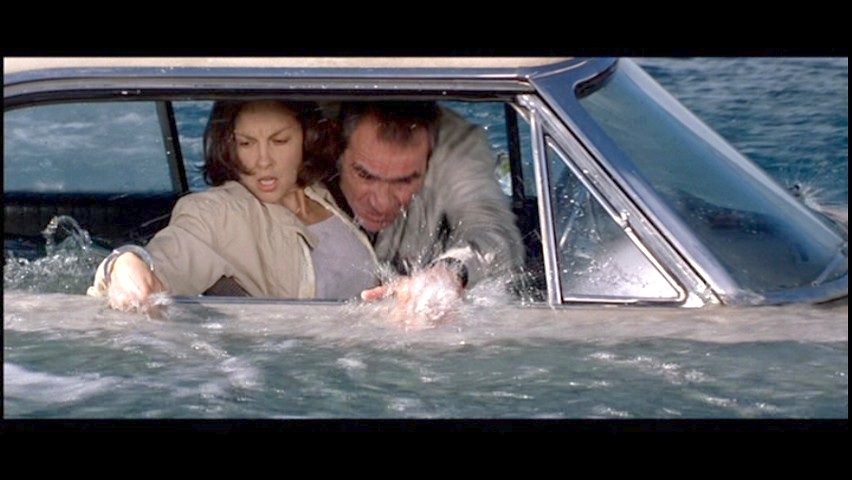 Even non-film-studies students would have heard about noir films. The thematically and cinematically dark productions had (and continue to have) a significant impact on the kind of movies we see to this date. Hence, it shouldn’t be surprising that the style was revived in the late 20th century in the form of neo-noir. 1999’s ‘Double Jeopardy’ is one such movie that employs a neo-noir style of filmmaking to tell a rather gripping tale with several twists and turns.

The movie’s title is a reference to a legal phenomenon. Legally, double jeopardy implies how a person cannot be prosecuted twice for the same crime. ‘Double Jeopardy’ (the movie) revolves around a woman, Libby Parsons who gets wrongly prosecuted for her husband’s murder. As a result, she gets a prison sentence of six years. However, she is eager to overturn her charges. After getting out, she sets out on an adventure to find the true killer of her husband after finding her son.

The character of Libby Parsons is played by Ashley Judd who has acted in movies like ‘Heat,’ ‘Olympus Has Fallen,’ ‘Frida,’ and several others.  Tommy Lee Jones from ‘Men in Black‘ is also a part of the movie, playing the role of Travis Lehmann. Some of the other cast members of the film include Bruce Greenwood, Annabeth Gish, Roma Maffia, Jay Brazeau, and several others.

Several viewers might have wondered where filming for ‘Double Jeopardy’ was carried out. The movie is mostly set in the Northern part of the United States. A significant part of the film is also set in New Orleans. It is natural for viewers to wonder whether filming was actually carried out in places like New Orleans or not.

For instance, the actual place used to depict Libby and Nick’s house is located on Smugglers Cove Road in Bowen Island. Some of the other places in British Columbia where filming was undertaken include Revelstoke, Prince George Regional Correctional Facility, Richmond, Vancouver Public Library, North Vancouver, and Edgemont Village.

As mentioned earlier, a significant chunk of ‘Double Jeopardy’ is set in New Orleans. For this reason, filming was also carried out in the state of New Orleans. The production team wished to shoot in the French Quarter, for instance, and actually managed to do so despite the narrow streets there. Next, the charity gala scene was shot in the Hermann-Grima House’s courtyard. Some of the other places where filming was carried out include Lafayette Cemetery, Maison De Ville on 727 Rue Toulouse, and Hotel Monteleone.

The cemetery scenes in “Double Jeopardy” made me want to visit New Orleans. And I just discovered that the cemetery I finally wandered into earlier this year, mostly because it was free and far from the crowded French Quarter, was where they filmed those scenes. That was cool. pic.twitter.com/N5VHNWy0b1

Some parts of the movie are set in the state of Washington and a few of these scenes were filmed on Whidbey Island. Apart from that, filming was also carried out in John C. Stennis Space Center in Mississippi.