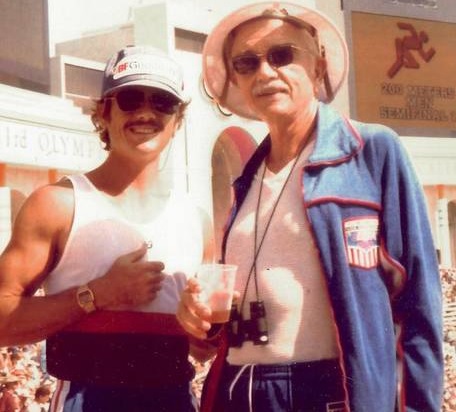 Investigation Discovery has amassed a massive collection of true-crimes cases that have occurred over the past few decades in America. What is so unique about this channel is that they have truly attempted to look not only at the crime but also the aftermath from many different angles. After all, the consequences of homicide are notably traumatic for the family members who have survived the victim.

In the show ‘Living a Nightmare,’ the stories of officials who have worked hard to bring justice for the families are televised. It definitely puts forward a well-researched account of the crime, but at the same time, it also explores how the family/loved ones have coped over the years. In one such episode titled ‘The Good Doctor,’ the homicide of a senior citizen and his son has been discussed.

How Did Dr. Paul Jarrett and Gregg Jarrett Die?

Dr. Paul Jarrett was an 82-year-old psychiatrist who was shot dead in his residence in July 2003 in Coral Gables, Florida, when he was asleep. Gregg was his son and was also killed that night in the same manner. He was 47 years old at the time and was pursuing a second career as a nurse. Gregg was also a father. The pair were quite outdoorsy and loved activities like running marathons and fishing.

At the trial of a man that was eventually convicted for the crime, Dr. Jarrett’s daughter, Aleta Jarrett-Cortiñas, said to the judge, “Our family will never see, hear or touch Paul and Gregg again. These proceedings today only close one page, or a chapter, in this story.”

Initially, it seemed as though authorities could not discern who was culpable for the crime and that the case would not be solved. But eventually, they found their suspects, and Maria Catabay and Juan Carlos Fernandez were convicted. So let us review exactly what the role of each person was.

Maria Catabay was actually Dr. Jarrett’s office manager. She had enlisted her then boyfriend’s help to break into her boss’ house to retrieve a letter in which she had confessed to embezzling from him. It was also this burglary gone wrong that took the lives of the father and the son. Although she was acquitted of the murder charges at her trial, she is currently serving a 30-year prison sentence for burglary.

It was Juan Carlos Fernandez, Maria’s boyfriend at the time, that was found guilty of killing the Jarretts. He had also taken Jose Barco along, and the latter is serving a life sentence for his involvement. Aleta said, “Juan Carlos Fernandez slammed shut all the pages in the life of Paul and Gregg. But I try to drown all of this out. I’m the luckiest person in the world. I have boatloads of wonderful memories.” It must be noted that Fernandez claimed that Barco was responsible for the actual shooting, and vice-versa.

At his trial, Fernandez said (in Spanish), “I can’t bring them back but I apologize. I beg for forgiveness. I ask the family to pray for me, in the name of Christ.” He suffered from mental health problems, and his competence was also an issue for the judges. Before his conviction, Fernandez had spent many years in a psychiatric facility. Combining this with a brain injury that he had sustained due to a fall made Fernandez’s lawyer, Bruce Fleisher, confident that his client would be acquitted. But that was not the case.

Fernandez was declared guilty more than a decade after the crime had transpired. He was sentenced to 30 years in prison and Aletta said to him, “I will continue to pray for you. It shouldn’t take 12 years to get to this. I’m so happy that you plead. This has got to end …I have no anger and animosity anymore. I just want peace.”