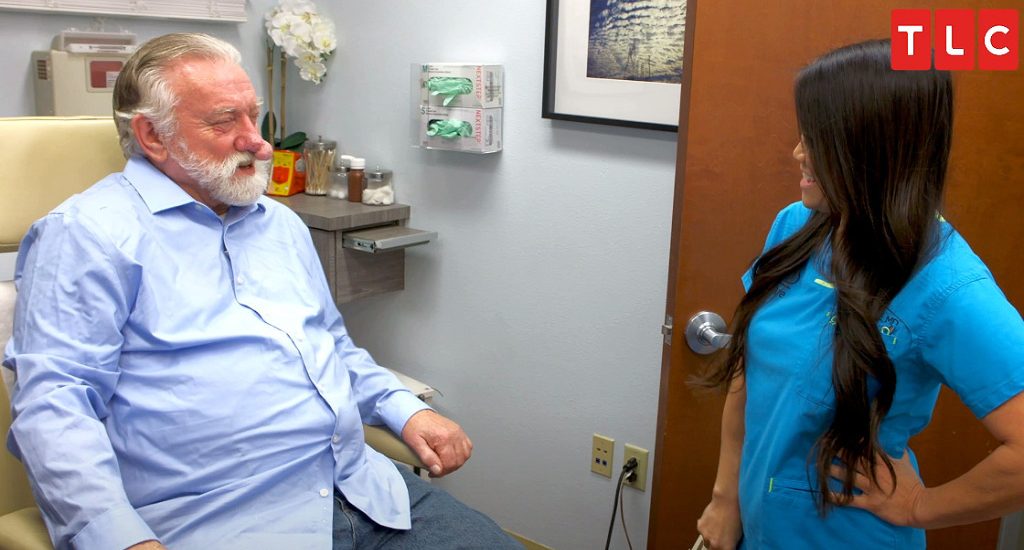 ‘Dr. Pimple Popper’, one of the weirdest reality shows on tv, follows celebrity dermatologist, Dr. Sandra Lee, as she treats patients with the most unusual cases of facial and skin disorders. She works at her clinic named Skin Physicians & Surgeons in the Inland Empire city of Upland, California.

The show, which is currently in its fourth season, introduces viewers to multiple pus-erupting sessions yet again. Now, if you are not too eww-ed by dangling cysts and humongous growths, let’s take you through the upcoming episode, i.e episode 3 of ‘Dr. Pimple Popper’ season 4.

The official synopsis for episode 3 reads as follows: “David is back to see Dr. Lee after she spots a suspicious growth under his eye; Nicole is depressed because of the bumps all over her neck; Steve has a noticeable lump on his forehead; Allen has a growth on his biceps but is terrified of doctors.”

You can watch the latest episode of ‘Dr. Pimple Popper’ season 4 if you have a cable connection, by tuning in to TLC at the above time slot.

32-year-old Traci is traumatized because of her multiple cyst-like acne and bumps that almost cover her entire face. She has been suffering from this issue since she was a kid. What started off as a few uneven patches is now a full-fledged grown on her whole facial region. Tracy says: “When I hit the eighth grade I was dubbed ‘crater face’ by the school bully. Those words took root and I’ve never been able to get past it. I don’t feel beautiful in any way, shape, or form.”

Tracy has a loving husband and she adores her horses but she needs Dr. Lee’s help to improve her condition. Lee diagnoses the issue as trichoepithelioma — a benign eruption that is triggered by genetic and environmental genes. The treatment involves flattening the trichoepithelioma via shaving them delicately with a razor and then using a high-frequency CO2 laser to even-out the bumpy texture. As expected, the procedure is a success and leaves pigmentation from the laser. However, when the new skin starts appearing, it will be a new start for Tracie.

The second case involves 26-year-old Ravon, who has a huge dangling mass from the inside of his right leg — which is almost the size of a tennis ball. Dr. Lee, after examining the condition, says: “It’s very unique to see a growth at this size in this area… because it gets in the way of things. I think it probably started as a skin tag, and now it’s definitely some sort of floating lipoma, filled with fat cells.” The surgery involves slicing off the growth with a pair of surgical scissors and then stitching it up.

The last case of episode 2 centers around 74-year-old David, who works as a chauffeur and has a large, abnormal growth hanging from his nose. Dr. Lee diagnoses the condition as rhinophyma — an overgrowth of tissue on the nose, which poses an increased risk since it acts as an obstruction to the nasal passage. After numbing him, Dr. Lee cuts through the mass with a scalpel and then evens out the area with an electric cauterizer. But now, David is all ready for a new start.