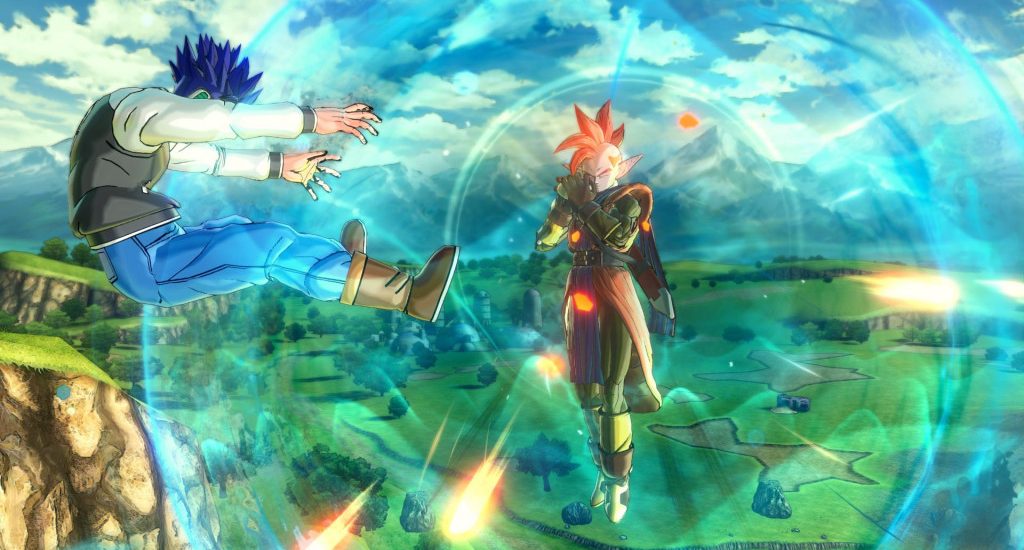 ‘Dragon Ball Z’ is one of the most popular anime of all time, so much so that it has become a part of pop culture. What has not become pop culture though is the constant array of fighting games released for the franchise, most of them being forgettable at best! With over 40 fighting games released over a span of 30 years, it is always safe to do some research before investing your hard earned money into the games. So, we decided to put together some of the best titles in the genre and help you choose the right one. You can play these top Dragon Ball Z fighting games on Xbox One, PS4, Xbox 360, PC, iPhone, Android or even online. 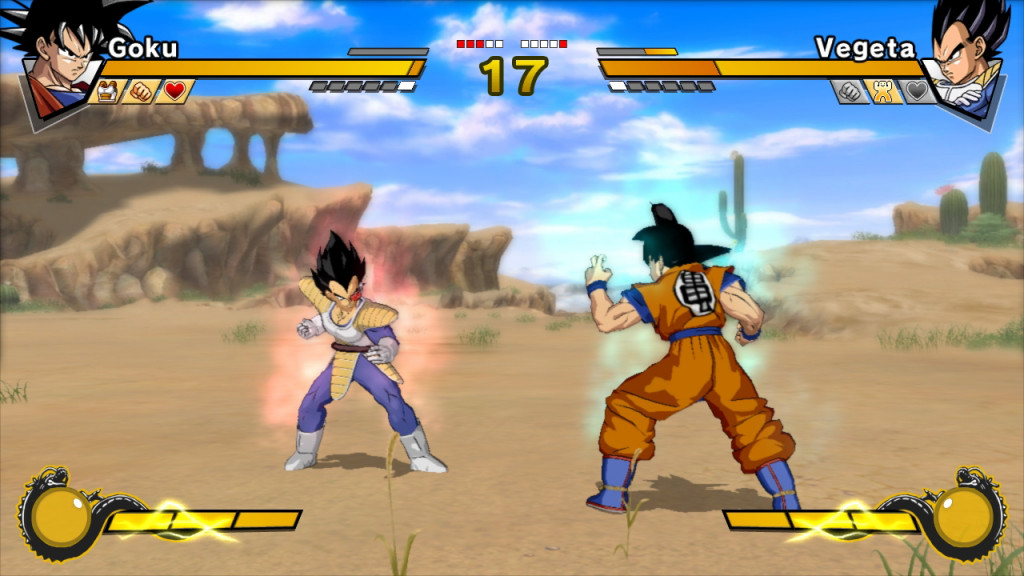 When we first played the game, we found the title to be actually fitting with very polished gameplay mechanics and fluid combat systems. The story line also kept opening up as we would expect from any fighting game and adds to the overall single player experience. The multiplayer format is broken into two modes — one for offline local multiplayer and another for online global multiplayer. During combat, you choose one of the characters from the ‘Dragon Ball Z’ universe and go up against a character chosen by your opponent. In addition to the main character, you are also able to choose a supporting character that does not directly get involved in combat but provides certain bonuses during the course of the battle. It is considered one of the best fighting games for the seventh generation of consoles and has aged quite well with time. 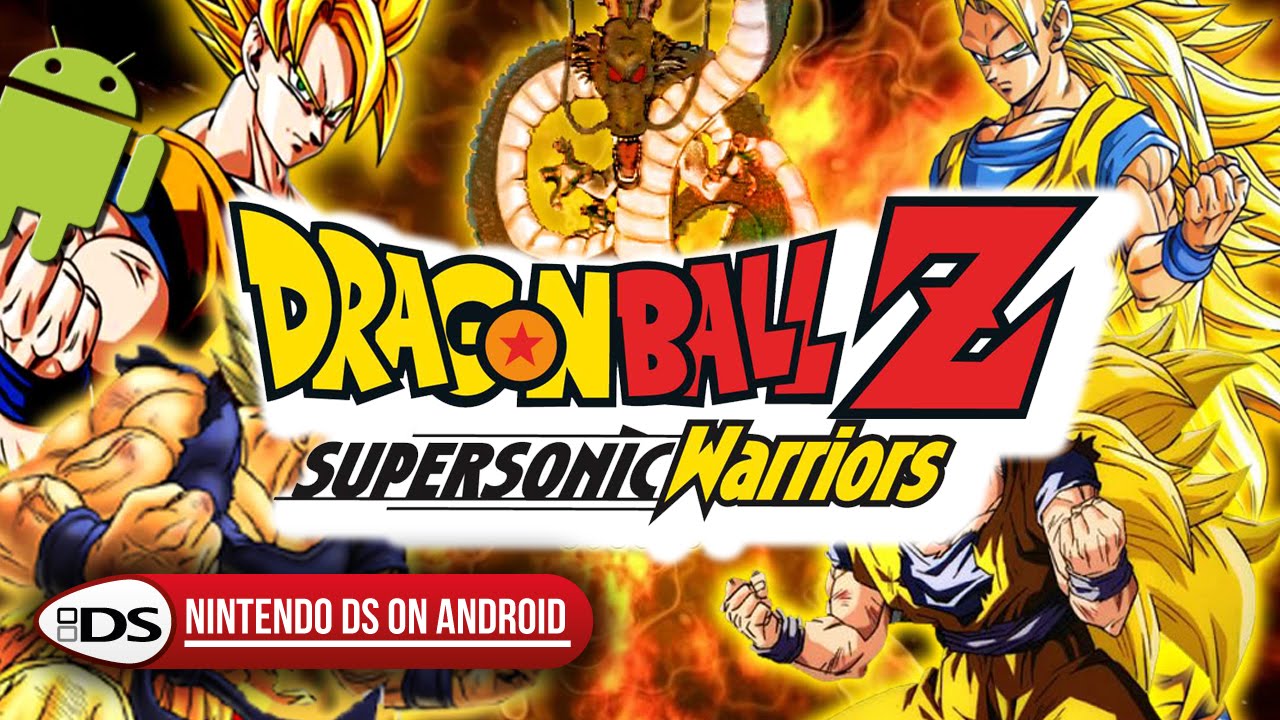 ‘Dragon Ball Z: Supersonic Warriors 2’ is another massively popular fighting game that is centered on the ‘Dragon Ball Z’ universe. Developed by Cavia/Arc System Works and published by Atari and Bandai Namco in the year 2005 for Nintendo DS, it is the direct sequel to ‘Dragon Ball Z: Supersonic Warriors’ that was published the year before on Game Boy Advance systems. It stays pretty loyal to the original game while improving on the basic mechanics and introducing new ones. You control a group of three characters, each having their own powers and personalities and go up against enemy groups or bosses.

There are several game modes that change the context and the format, depending on the option you choose. The ‘Z Battle Mode’ is a tournament type format where you choose a team and then go up against other teams in order to become the winner. You receive a reward upon completion that helps your following run. The ‘Story Mode’ is the single player campaign mode where you are free to choose any of the 15 playable characters in the game and play through a bunch of ‘what-if’ scenarios. The other modes are small tweaks of the above mentioned modes or multiplayer scenarios. If you have a Nintendo DS lying around, then we highly recommend that you try out this classic ‘Dragon Ball Z’ fighting game. 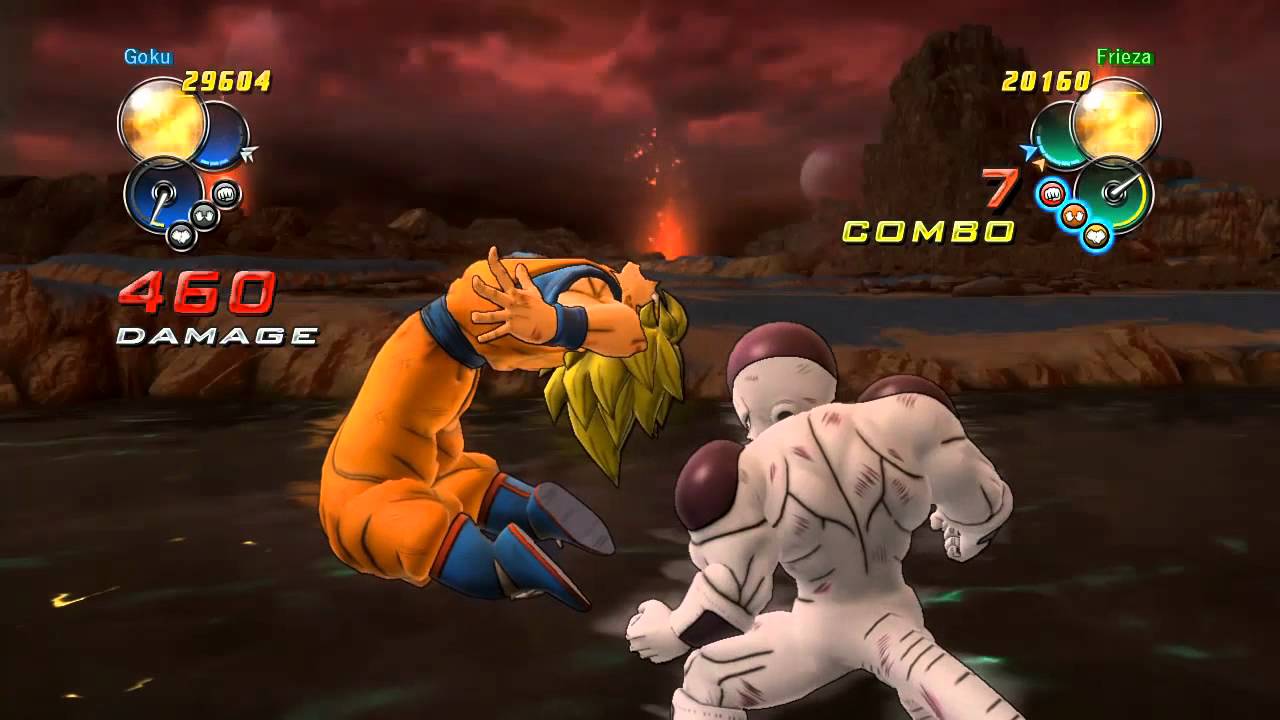 ‘Dragon Ball Z: Ultimate Tenkaichi’ is the fourth instalment in the ‘Dragon Ball Z: Budokai Tenkaichi’ fighting game series that is developed by Spike and published by Bandai Namco in the year 2011 for Xbox 360 and PS3 gaming platforms. Though it is the final installment in the series, it lacks the addictive gameplay elements that came with the games before it and hence finds a lower spot on this list. However, it does manage to introduce a few new mechanics along with a character creation option where you are able to design your own characters.

Apart from a few nuances here and there, it plays very similar to the games that came before it but lacks the strategic depth. This is one aspect that is pointed out by critics and fans alike, and really takes away a lot of immersion from the gameplay. A jaded development schedule along with a few wrong decisions jeopardized the whole production value for the title. What could have been a brilliant ‘Dragon Ball Z’ game is now merely a shell of its former glory! Still, if you are a fan of the ‘Budokai Tenkaichi’ series and have played all the other entries in the past, there is no reason for you to miss this one out since it still is a ‘Dragon Ball Z’ fighting game at its core. 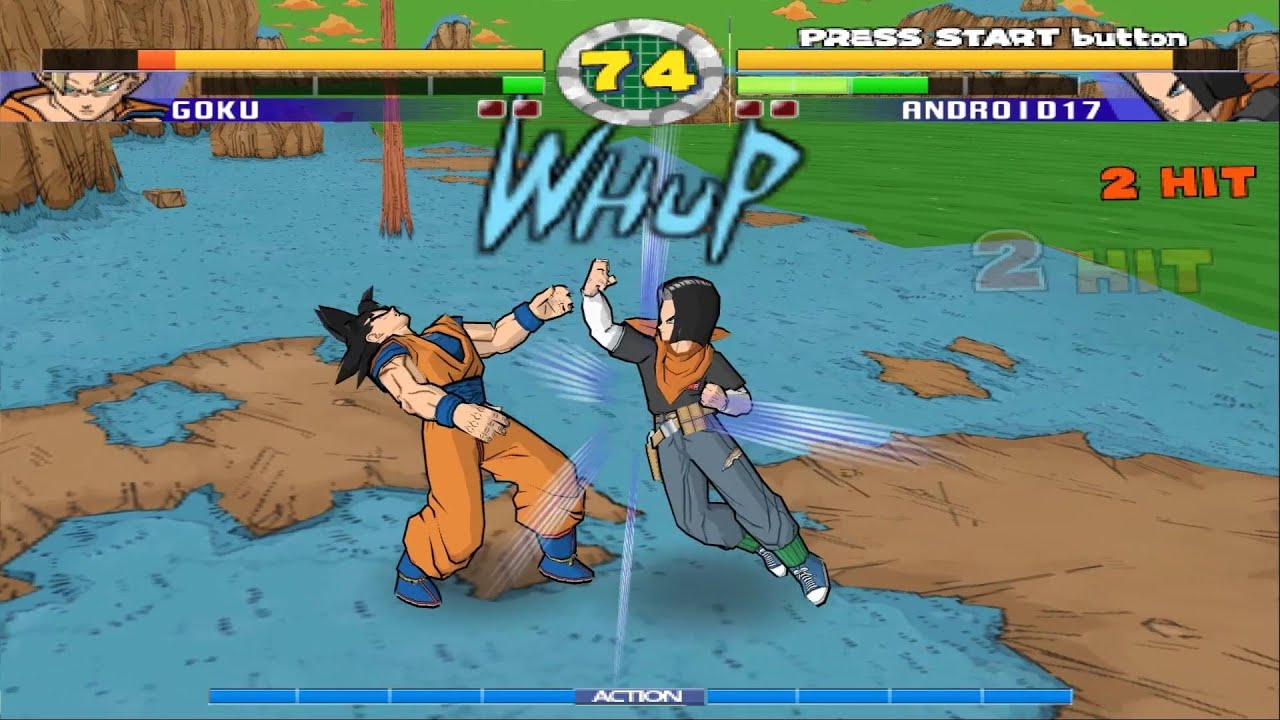 ‘Super Dragon Ball Z’ is another massively popular ‘Dragon Ball Z’ fighting game that you should definitely check out if you are looking for games of that type. Developed by Arika and Crafts & Meister and published by Bandai Namco and Atari in the year 2005 for arcades, it was ported the following year to PlayStation 2 due to its popularity. It moves away from the gameplay format of the more recent titles and embraces a more old school fighting game format reminiscent of the ‘Tekken’ series. This is mostly due to the limitations of the arcades and also to keep the combat system fluid for all types of players.

If you have played ‘Mortal Kombat 3’, then you will definitely get the feel for this one. The characters are mostly adept at hand to hand combat even though some of the more popular ones like Goku and Gohan can power up and transform during battle into their super saiyan forms. This provides them with a boost in power and some special moves such as dashes. As you would expect from fighting games, there are several game modes which alter the way a fight takes place, keeping the gameplay fresh. These award you with ‘Dragon Balls’ upon completion and if you manage to collect 7 of them, you can enter the ‘Shenron Summon’ mode, where you summon the mighty Dragon and ask for a wish. Once your wish is granted in the form of additional powers or abilities, the ‘Dragon Balls’ disappear and you are locked out of this mode until you manage to collect them again. You might want to try this one out if you are looking for an old school ‘Dragon Ball Z’ fighting experience that will remind you of the arcades. 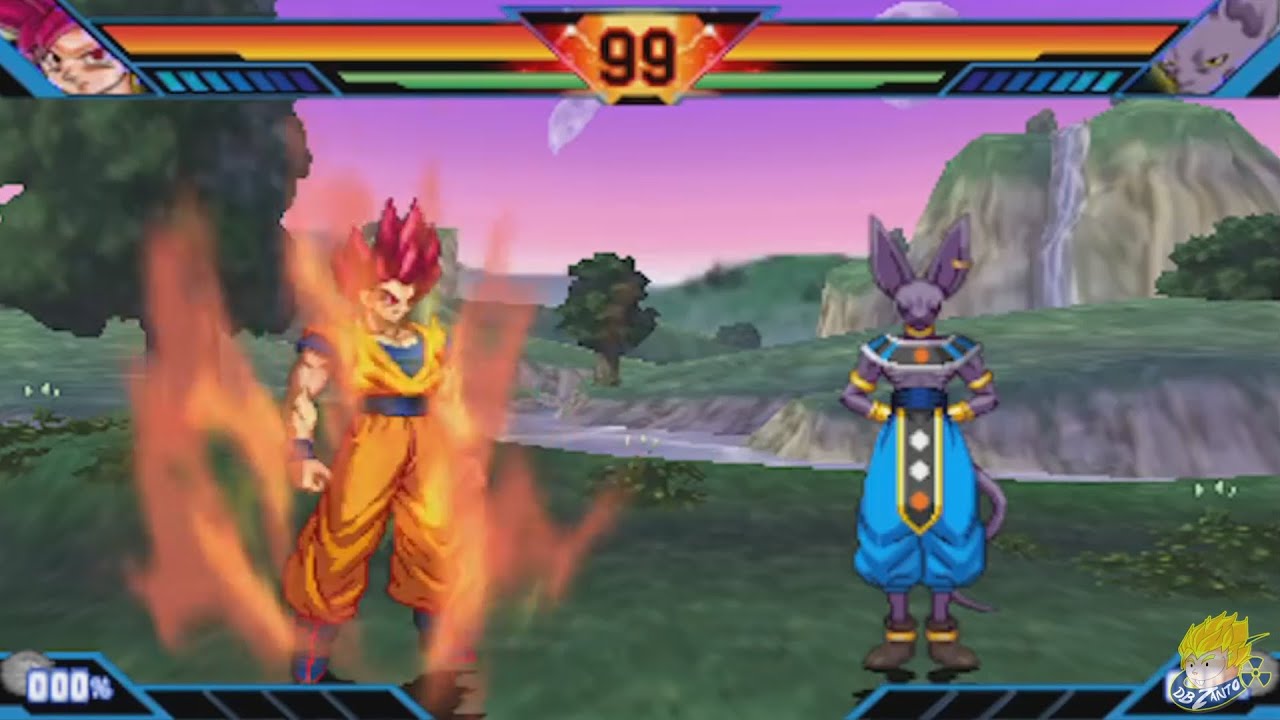 ‘Dragon Ball Z: Extreme Butōden’ also known as ‘Doragonbōru Zetto Ekusutorīmu Butōden’ in Japan is a 2D fighting game developed by Arc System Works and published by Bandai Namco Entertainment in the year 2015 for the Nintendo 3DS gaming platform. If you have played any other fighting game based on the ‘Dragon Ball Z’ universe, then you will instantly feel at home with this one. The mechanics are very similar and the presentation and UI too are reminiscent of the titles that have come before it. Perhaps this is the reason that the title does not manage to stand out from its predecessors.

At the core, it is very much a ‘Dragon Ball Z’ fighting game but fails to distinguish itself with the introduction of new mechanics. It’s one thing for a series to remain loyal to its counterparts but it is also important for the same to build on the existing mechanics while introducing new ones in order to remain relevant in the fast changing world of video games. Simply put, if you do not manage to innovate, you will be forgotten. Don’t get me wrong here, there is nothing missing from the core gameplay mechanics. You are able to choose a character of your choice and then indulge in fights against a character controlled either by another physical player or an AI. All the characters have their own abilities and different powers that you would want from them but somehow it lacks the narrative and the immersion that you would expect from a ‘Dragon Ball Z’ game. 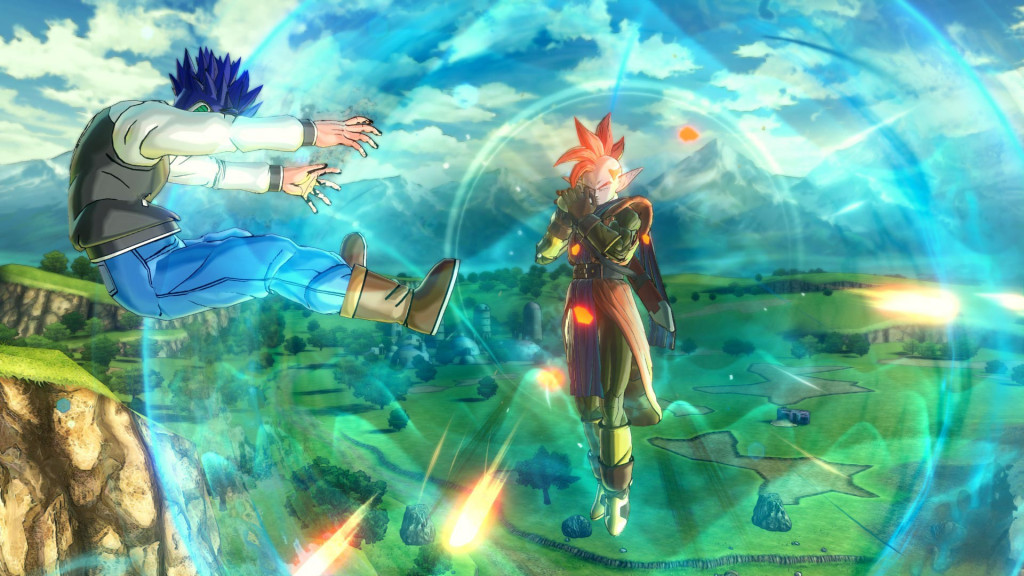 ‘Dragon Ball Xenoverse 2’ is a fighting game with role playing elements set around the popular ‘Dragon Ball Z’ universe. Developed by Dimps and published by Bandai Namco Entertainment in the year 2016 for Windows PC, PlayStation 4 and Xbox One platforms, it is considered one of the most unique ‘Dragon Ball Z’ fighting games of all time. It was ported to Nintendo Switch the following year due to its popularity and has managed to sell at least 5 million copies till date across all consoles, making it a financially stable release as well.

The gameplay is very similar to that of other ‘Dragon Ball Z’ fighting games, but introduces several new mechanics that manage to distinguish it from its predecessors. It is clear that the developers have given some thought over the aging mechanics of fighting games and have tried to implement new features in order to keep the gameplay relevant and interesting. One of these features is the ability to fly around ‘Toki-Toki’ city just like one would in an open world game but it is extremely limited and tied behind unlocks. The best thing about this title is its art style and direction which perfectly replicate the characters from the anime and gives it this timeless look which we are sure will remain relevant in the years to come. 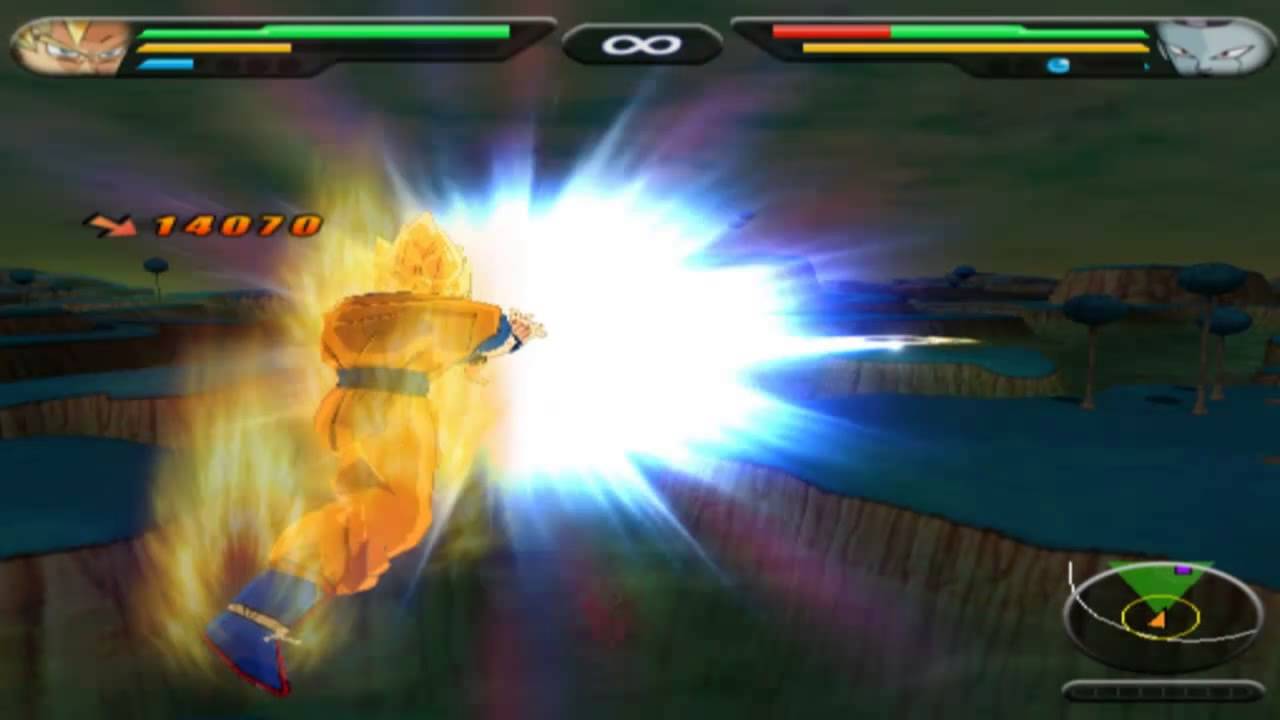 ‘Dragon Ball Z: Budokai Tenkaichi’, also known in Japan as ‘Dragon Ball Z: Sparking!’, is a series of fighting video games developed by Spike and published by Bandai Namco for PlayStation, Nintendo Wii and Xbox gaming consoles. It contains four games in total with the latest one, ‘Ultimate Tenkaichi’, being released in the year 2011 for PlayStation 3 and Xbox 360 platforms. The series is considered to be one of the best ‘Dragon Ball Z’ fighting game series of all time and was extremely popular during the 2000s.

The gameplay is quite unique as the display is from the back of the character as opposed to the sides. This changes the gameplay massively and will take some getting used to before you start dishing out lengthy combos. In addition to this, the visuals have steadily improved with time and the ‘Ki Blasts’ and various special moves looks drop dead gorgeous on the newer consoles. We highly recommend that you try this series out if you are looking for a ‘Dragon Ball Z’ fighting game that is a bit different from the others. 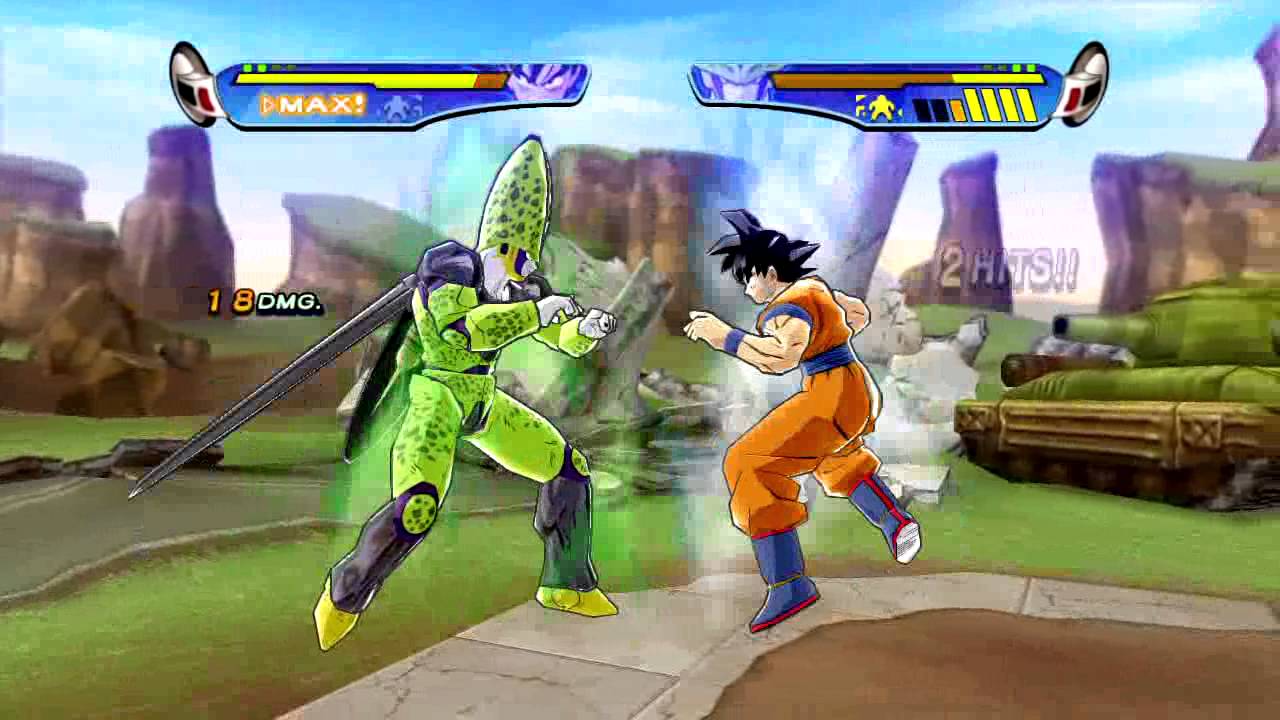 ‘Dragon Ball Z: Budokai 3’ is the third major instalment in the ‘Budokai’ series of ‘Dragon Ball Z’ fighting games and is one of the most well-received games till date. It is simply a breath of fresh air in a franchise that has been dishing out consistent, regular and very similar string of games. Developed by Dimps and published by Atari for PlayStation 2 in the year 2004, it is a seamless fighter that manages to uphold the ‘Dragon Ball Z’ like the way it’s meant to be. There are several game modes that allow you to switch from planet to planet and visit the most iconic locations from the anime. A collector’s edition was later released for the game that adds new costumes and characters in the year 2005 due to its massive popularity. This is one ‘Dragon Ball Z’ fighting game that you should definitely not miss out on and hence finds the top spot on our list.