Review: ‘Dragon Quest Your Story’ is a Good One-Time Watch 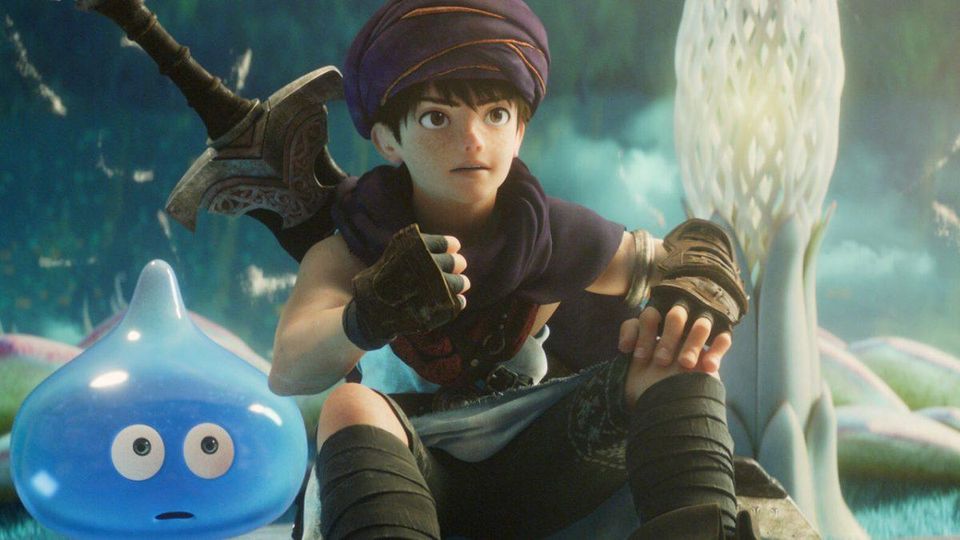 Opening with familiar strains of an incredible overture, ‘Dragon Quest Your Story’ cherishes the RPG gaming genre that has been around for ages now. RPGs often have complex world-building elements, intimidating chunks of content, and a whole lot of complex mechanics. The movie very well tries to encapsulate the essence of all of these. Unfortunately, in the world of anime, this is quite a common fare and most anime viewers would already be familiar with other game-centric anime shows like ‘Overlord‘ and ‘Sword Art Online.’

Even so, ‘Dragon Quest Your Story’ still manages to save itself from falling into these clichés by bringing in an unconventional yet fairly satisfying ending. Without giving out any spoilers, let’s just say that the conclusion of the anime has been structured in such a way that it embraces gamers instead of demeaning them. Contrarily, this ending itself can prove to be quite problematic for those who expect a loyal adaptation and not a kind of validation from the creators of the film.

Adapted from Dragon Quest V, the film revolves around the life of a young boy who attempts to avenge the death of his father and rescue his mother from an evil force known as Lajda. A major part of his quest involves hunting down the heavenly hero who wields the Zenithian sword as he is his only hope. The events of the first half of the film are simply a series of inconsequential events that lead up to the main character’s discovery of the Zenithian sword. And until this part of the film, although it does instill the whole ‘Dragon Quest’ experience through its introduction of new characters and stunning world-building, it still feels a little hard to follow; especially for someone who is not familiar with this particular installment of the game.

In the second half, with consistent time jumps and links to the previous events, it puts together all the pieces of the puzzle and starts making a lot more sense. Even when the film deals with elements of time travel, it uses a self-consistent format and avoids any unnecessary paradoxes. So from a storyline standpoint, only the ones who are not too familiar with the source will be able to appreciate it of its own merit instead of having conflicting notions of comparison between the movie and the original. The ones who have played this particular version of the game will be left dazed and confused with the abrupt twist that the ending of the movie brings in.

When it comes to the aesthetics of the film, it is probably unlike any other anime movie you have ever seen. Involving hefty CGI induced battle scenes, the film brims with action that is, for the most part, suitable for all ages. In a lot of ways, its animation style also reminds you of Pixar films and it’s this aspect of it that makes you stay throughout its uneven quick-paced first half. In the opening scene, the film also uses 16-bit Super Famicom graphics to somehow traverse the game’s storytelling to a new medium. Although this is quite a unique approach towards adapting an RPG and has never been done before in any other similar anime, it doesn’t really change anything.

Overall, ‘Dragon Quest Your Story’  is certainly not for everyone, but anyone who has the slightest interest in fantasy anime should give it a try, regardless of whether you’ve played the original game or not. Not to mention, it has a memorable and powerful ending that might receive a lot of backlashes but will also be appreciated by many. At the end of the day ‘Dragon Quest Your Story’  is just another Isekai; a pretty decent one though.