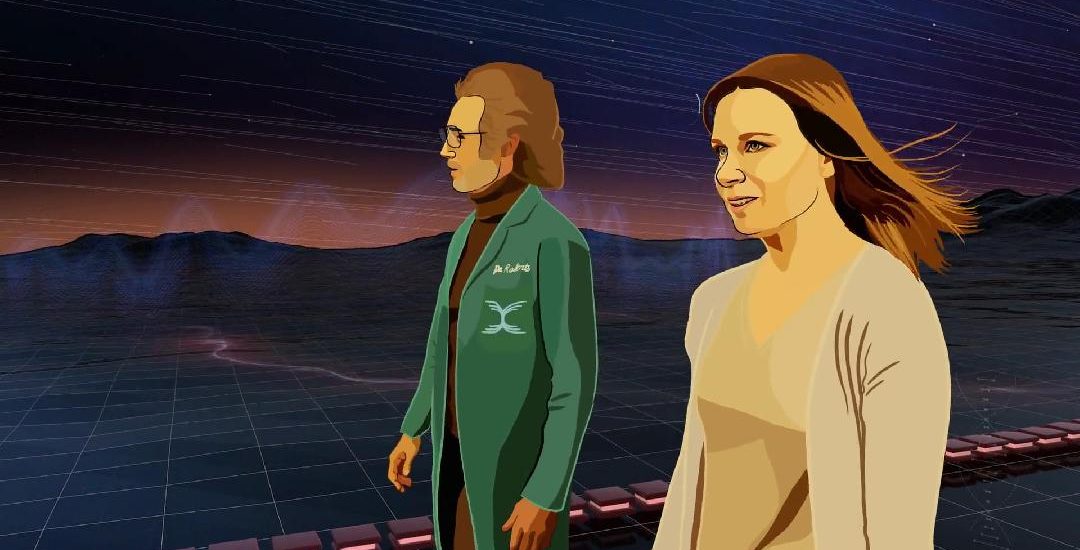 ‘Dream Corp LLC’ is an American dark comedy series that first premiered on October 23, 2016, on Adult Swim. The show is directed by Daniel Stessen, best known for ‘The Gold Sparrow’, an Emmy nominated short animated movie. It is the first Adult Swim project to use the Rotoscoping feature, a technique used to animate live motion-picture footage.

‘Dream Corp LLC’ is based on a neglected dream therapy facility, headed by Dr. Roberts and looked after by his amateur and incompetent staff. The show features desperate patients, who in order to overcome their problems, seek the help of Dream Corp, where their dreams are recorded. Their dreams are further analyzed by Dr. Roberts, who uses his unconventional methods like ketamine, psychedelic, chloroform, and a lot more for treatment.

Though the show is mostly a comedy, it also has elements of dark adult-humor and science-fiction. The twisted and absent-minded characters make the plot completely unpredictable and sometimes shocking for the audience. After two successful seasons, you must be wondering: when will ‘Dream Corp LLC’ season 3 release? Let’s dive right in.

In season 3, Jon Gries reprises the main character of Dr. Robert. Gries is known for his recurring role as Roger Linus in ‘Lost’ and as Uncle Rico in ‘Napoleon Dynamite’. Robert is an absent-minded doctor who experiments on his patients by sending them into an alternate dream world. His treatments are known to be mostly disastrous and sometimes effective. Other returning cast members for season 3 are as follows:

Dream Corp LLC Season 3 Plot: What Can it be About?

The show features the medical and scientific chronicles of Dr. Roberts and his equally weird associates and interns at Dream Corp facility. The facility hides from the attention of cops and any other such organization because of the unconventional means of treatment they use. Every week, the episode introduces the audience to a patient, whose problems are attempted to be cured by recording and analyzing their dreams.

Season 1 starts with patient 88, who is seeking a cure for his romantic problems. Though later his card is declined and his case is dismissed. The following episodes feature patients dealing with relationship phobias, smoking habits, and OCD. In one of the episodes, T.E.R.R.Y., after turning 21, feels outdated. He is given a new sense of hope and meaning to life by the facility members and his mother. He and patient 88 are later found attracted to patient 46, who escapes from the facility unannounced. In the last episode of season 1, when the facility is evacuated due to a disastrous leak, Joey is left behind in the dream world and takes the form of a demon.

In season 2, we see more desperate patients with even more absurd problems. The first episode witnesses a patient suffering from parasomnia, a condition with unusual sleep behavior. During the session, the patient injures Bea and is later guided by Dr. Roberts to come out of his dream. The facility takes in patients with different issues like claustrophobia (fear of confined spaces), arachnophobia (fear of spiders), haphephobia (fear of touch), and a few more. For each problem, a unique and individual method of treatment is suggested that sometimes works and sometimes does not. The season ends with one of the most difficult patients that Dr. Roberts has ever treated. To cure a famous serial killer, Dr. Robert takes the help of his entire staff.

In season 3, we are sure to see more interesting patients with their uncommon phobias and the unique methods of Dr. Roberts and his team. The story also dives deeper into the mysteries of the dilapidated building.

You can catch a sneak-peek of the trippy show’s season 3 below: