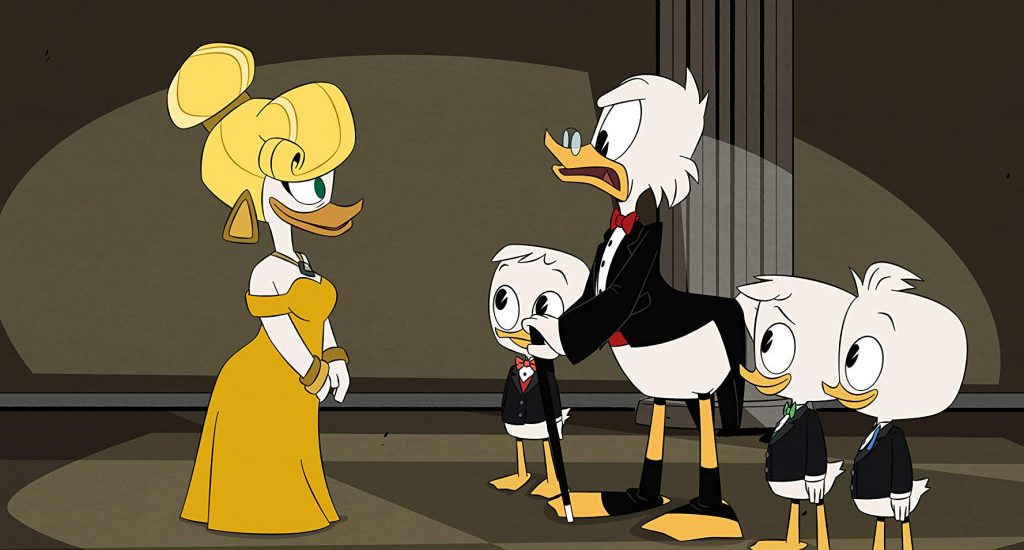 Has there ever been a show from your childhood that you absolutely adored? Matt Youngberg and Francisco Angones have one such show ‘DuckTales’. They loved the 1987 series so much that they decided to give it a reboot for the present generation. Developed by them for Disney Channel, this show takes you back to the story of the Duck family. The mischievous triplets, the tired Donald, and Scrooge, who not only shares the name but also the personality of Dicken’s lead character in ‘A Christmas Carol’, are back with new adventures. Even though the premise is pretty much the same, some major changes have been made in the tone of the story and the portrayal of characters.

DuckTales Cast: Who’s in it? 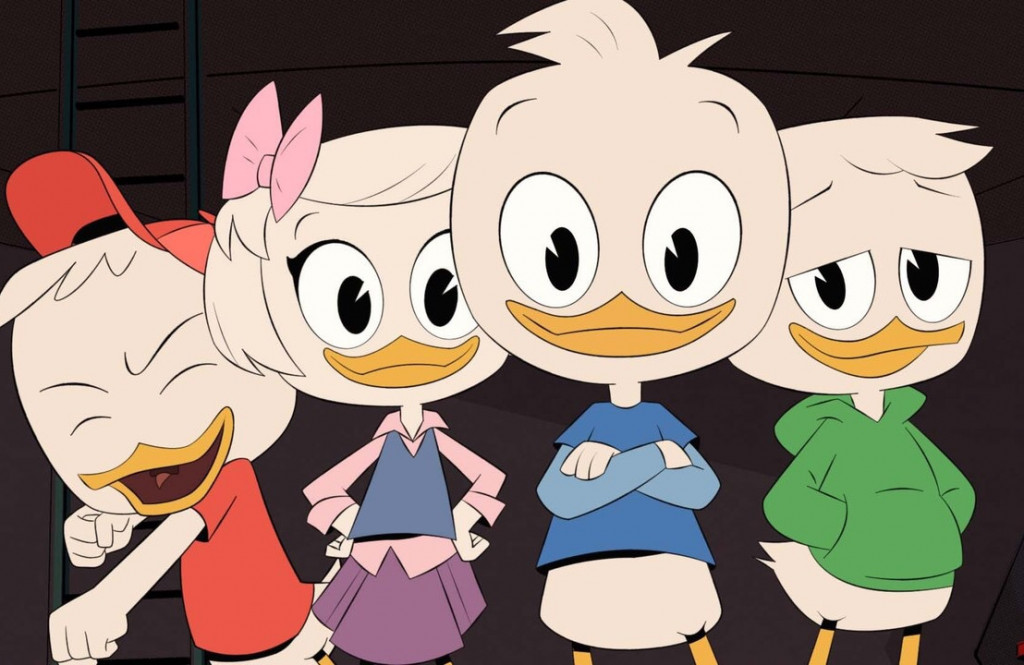 While the creators wanted to bring back the original cast of the show, they didn’t succeed at it. To match up to the talent of the previous cast, they got hold of some gifted actors of this time.

The voice of Scrooge McDuck is given by David Tennant. If you don’t know him, then you must really be living under a rock! He is best-known for his role in ‘Doctor Who’ and ‘Broadchurch’. He was also the part of the magical world of ‘Harry Potter’ in ‘The Goblet of Fire’. He has also worked in films and TV shows like ‘Jessica Jones’, ‘Casanova’, ‘Bad Samaritan’, ‘Mary, Queen of Scots’ and ‘How to Train Your Dragon’. He also set to appear in the adaptation of Neil Gaiman’s novel, ‘Good Omens’.

Dany Pudi lends a voice to the character of Huey. You might recognise Pudi from TV shows like ‘Community’, ‘The Guilt Trip’, ‘Gilmore Girls’, ‘Trip Tank’ and ‘Powerless’.

Ben Schwartz serves as the voice of Dewey. Schwartz is known for his roles in various films and TV shows like ‘The Walk, ‘This Is Where I Leave You’, ‘Parks and Recreation’, ‘House of Lies’ and ‘BoJack Horseman’. He is also set to be a part of the upcoming movie ‘Sonic the Hedgehog’.

The voice of Louie is given by Bobby Moynihan. He best-known for his work in ‘Saturday Night Live’.  He has also appeared in ‘Unbreakable Kimmy Schmidt’, and has voiced characters in movies like ‘Monsters University’, ‘Underdogs’, ‘The Secret Life of Pets’, ‘The Awesomes’ and ‘We Bare Bears’.

Kate Micucci gives voice to Webby Vanderquack. Micucci is known for her roles in TV shows like ‘Scrubs’, ‘Raising Hope’, ‘The Big Bang Theory’, ‘Four Kings’. She has also been a part of the voice cast in films like ‘The Lego Batman Movie’, ‘Rio 2’, ‘Planes: Fire and Rescue’, ‘Lego Scooby-Doo’, ‘Show Dogs’ and ‘Unikitty’.

Beck Bennett gives voice to the character named Launchpad, the driver. Apart from working in ‘Saturday Night Live’, Bennett has appeared in ‘Comrade Detective’, ‘Master of None’, ‘Arrested Development’. He has also provided his voice to characters in ‘Sing’ and ‘The Angry Birds Movie 2’.

Toks Olagundoye serves as the voice of Mrs Beakley. She has appeared on TV shows like ‘Castle’, ‘The Neighbours’, ‘Veep’ and ‘Crazy Ex-Girlfriend’. She has also provided her voice in films and TV shows like ‘The Death of Superman’, ‘Reign of Supermen’, ‘Steven Universe’ and ‘Carmen Sandiego’.

While the voices of other characters might seem unfamiliar to you, it won’t be so with Donald Duck. He has been voiced by Tony Anselmo, who has been the voice of this character for a very long time, which includes credits like ‘The Prince and the Pauper’, ‘Walt Disney’s Wonderful World of Colour’, ‘Quack Pack’, ‘Disney’s House of Mouse’ and ‘Mickey Mouse Clubhouse’. He has also worked as an animator in many of Disney’s classics, like ‘The Black Cauldron’, ‘Pocahontas’, ‘The Little Mermaid’, ‘Aladdin’, ‘The Lion King’ and ‘Mulan’. He is also the recipient of the Disney Legend Award.

DuckTales Plot: What’s it about? 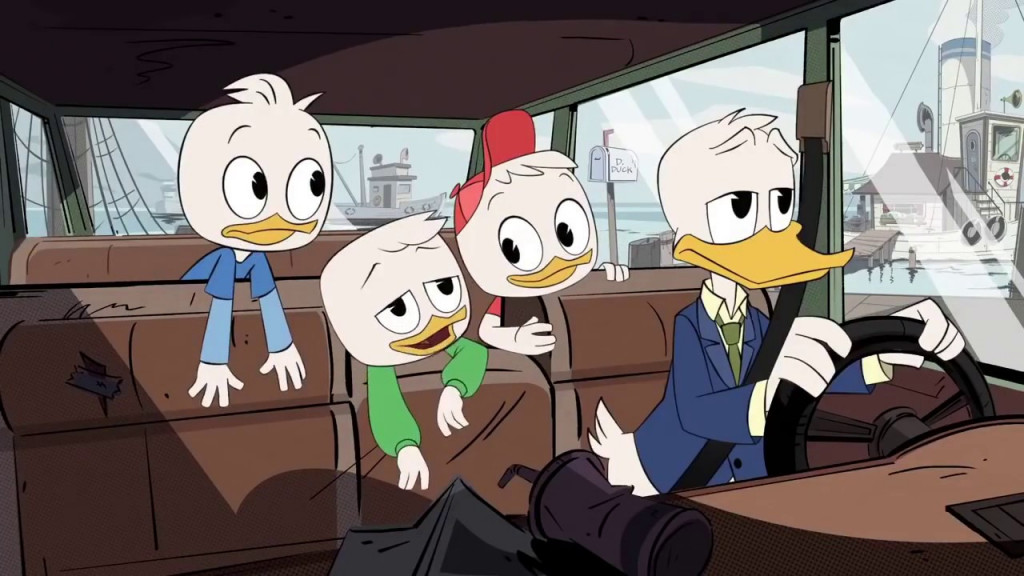 You might already be familiar with the story of Donald, his uncle, and his three nephews. After the disappearance, and a mysterious one at that, of his sister Della, Donald takes care of her three sons- Huey, Louie and Dewey. One day, he approaches his uncle, Scrooge McDuck, to take care of the children for just one day because he needs to go for a job interview. Scrooge reluctantly accepts and is, at first, detached from the children. The triplets play with Webby who tells them about Scrooge’s adventurous past and shows them the collection of exotic things that he and Donald had gotten hold of in their voyages. This makes the triplets, who are already mischievous in nature, eager to embark on an adventure with Scrooge. They soon get an opportunity when Scrooge is forced to switch on the legend in himself in order to stop a bad guy.  This reminds the old duck of his glory days and reignites the fire for his passion.

In the further episodes, the triplets, Webby and Donald are led by Scrooge, whose harsh exterior begins to soften after every experience, into exciting escapades. By the end of the second season, the mystery of Della also comes into play when the triplets find her picture with Donald and Scrooge.

DuckTales Season 3 Release Date: When will it premiere?

‘DuckTales’ season 2 premiered on October 20, 2018. The show was applauded by critics and viewers alike. The praise was particularly directed towards the sharp adaptation of the story according to contemporary times. A few touch-ups have been given to the characters which further gives an edge to the show.

As far as the next season goes, we have good news for the fans. The ratings of the show has increased considerably in the second season and as a result it has already been renewed for the third. Even though release date hasn’t been announced, our best guess is that DuckTales season 3 can release sometime in October 2019. We will update this section as soon as we hear more.

‘DuckTales’ is one of the best-animated shows right now and it is sure to give you serious nostalgia. You can catch all its episodes on Disney Channel. If you want more, then there is a comic book series and a book named ‘DuckTales: Solving Mysteries and Rewriting History!’ that ties in with the story of the first season. Here is the trailer of the first season to take you back to the beginning.