Where to Stream Dumbo? 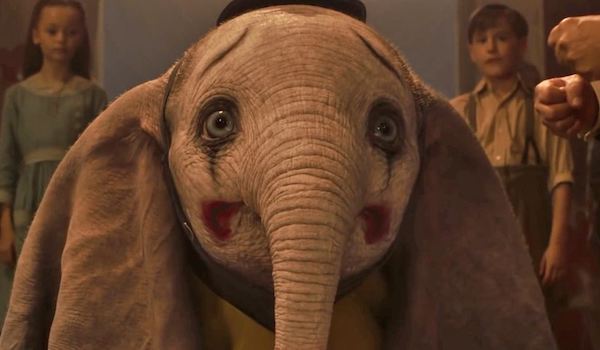 Disney is the undisputed king of animations, and ‘Dumbo’ is just one of the films in a long line of live-action remakes that they have planned for the future. ‘Dumbo’ has been directed by Tim Burton who is known for his unique and quirky aesthetic, and the film itself has been reimagined from the 1941 animated movie of the same name, which in turn is based on  Helen Aberson and Harold Pearl’s book.

Upon release, the movie garnered praise for its visuals, and performances, which goes without saying, since the film has a stellar cast. Despite some critics saying that the reimagining does not live up to its potential, you would like to watch the movie to see how a classic has been reimagined for the modern times. If you have already seen the film, there’s no harm is watching it again. Either way, we have got you covered regarding where you can see ‘Dumbo’. However, before that, let us walk you through the plot of the movie.

What is Dumbo About?

The story of ‘Dumbo’ is about a family that works at a traveling circus and comes across an elephant with gigantic ears and can fly. This leads to many adventures and turns their luck around, but there is more to the story than that.

The film begins in 1919 as Holt Farrier (Colin Farrell), an equestrian performer and World War I amputee returns to the Medici Brothers’ circus, run by Max Medici (Danny DeVito). The circus does not seem to be doing well, what with the financial troubles and the outbreak of the Spanish Flu. As a result, Holt is assigned to take care of a pregnant Asian elephant, Mrs. Jumbo. She gives birth to a baby elephant with surprisingly large ears.

Despite Max’s warnings to hide the elephant’s ears before letting it perform, things go awry, and when the crowd sees the large ears, they begin to call the beast Dumbo and pelt it with peanuts and other objects. Understandably, the mother is outraged at this treatment of her son and resorts to rampaging the ring. To avoid further embarrassment to the circus, the mother is sold off, and Holt’s son and daughter begin to care for Dumbo. This is when they discover that the elephant can fly and feathers inspire it to take flight.

In one performance, Dumbo plays the role of a firefighter clown to put out a fire with water sprayed from his trunk, but the performance goes wrong and Dumbo is trapped on a high platform surrounded by flames. Holt’s daughter, Milly, delivers a feather to Dumbo, giving him the confidence to fly. The audience is astounded and the news soon begins to spread, bringing fame to Dumbo and the circus.

With fame, comes unwanted attention. In this case, it comes from V. A. Vandevere (Michael Keaton), who runs a bohemian show, called Dreamland, in New York. He proposes a partnership to Medici, which the latter willingly accepts. Vandevere demands that Dumbo flies with the trapeze artist Colette Marchant (Eva Green). However, the debut performance goes wrong. A panicked Dumbo emits a sound and hears his mother respond. Dumbo understands that Mrs. Jumbo is present at the amusement park as well, and flies off in search of the lost mother. Vandevere fears that the mother might be the cause of a distraction and plans to kill her. He also fires the Medici workers.

When the workers find out the plan to eliminate Mrs. Jumbo, they come together to stop this from happening. People in circuses are in fact highly trained individuals who can apply their crafts elsewhere to great effect. This is what we see here, as each member applies a different skill set to break in and free Mrs. Jumbo, to reunite her with Dumbo. Vandevere’s attempt to stop them leads to a fire breaking out, and it falls upon Dumbo to save the day. Using his power of flight, he saves Holt and his kids. Finally, the circus members help Dumbo and Mrs. Jumbo board a ship headed for India.

At the end of the movie, we see the Medici circus has renamed itself and is headed in a new direction, as it no longer believes in using captive wild animals for entertainment purposes. It is implied that Vandevere has been arrested for misconduct, and the movie ends with Dumbo and Mrs. Jumbo reuniting with a herd of wild elephants who welcome their newest member, and the future seems to be full of possibilities for young Dumbo.

Now, let us tell you where you can watch ‘Dumbo’.

Is Dumbo on Netflix?

Netflix has a fantastic library which is well stocked when it comes to films and television shows. While ‘Dumbo’ is not available for Netflix subscribers yet, you can enjoy the universe of Tim Burton by checking out ‘Charlie and the Chocolate Factory‘ and if you are in the mood for something darker, then ‘Sweeney Todd: The Demon Barber of Fleet Street‘.

Is Dumbo on Hulu?

Hulu has a swiftly growing collection of films and television shows and the platform is quickly attracting more viewers as a result. While ‘Dumbo’ might not be available right now, you can check out some other Tim Burton works like ‘Big Fish‘ and ‘Sleepy Hollow‘.

Is Dumbo on Amazon Prime?

Amazon Prime has a library that is difficult to compete with, in terms of content. While ‘Dumbo’ is not available normally for Prime subscribers, you can rent or buy the movie and stream it on the platform. It costs $5.99 to rent and $14.99 to buy the film. You can check it out here.

Where Can I Stream Dumbo Online?

No subscriptions with the major content providers? No worries. You can still rent and buy the movie and stream it. All you have to do is head to Vudu, YouTube or FandangoNow, and it costs $4.99 to rent the SD version and $5.99 for the HD version. If you want to purchase it, both versions cost $14.99, but Vudu and FandangoNow have an option where you can buy the ultra HD version for $24.99. We leave it to you to decide the best version.

Is Dumbo Out on DVD and BluRay?

Where Can I Watch Dumbo Online For Free?

If you want to watch ‘Dumbo’ online for free, I have to be the bearer of bad news and tell you that there is no legal way to watch the movie for free now. You have to wait until it arrives on one of the platforms with free trial periods so that you can watch it.

However, as usual, we urge all the readers to pay for any art that they consume.

Where to Stream Session 9?

Where to Stream You Should Have Left?