Duncanville E02: Everything We Know 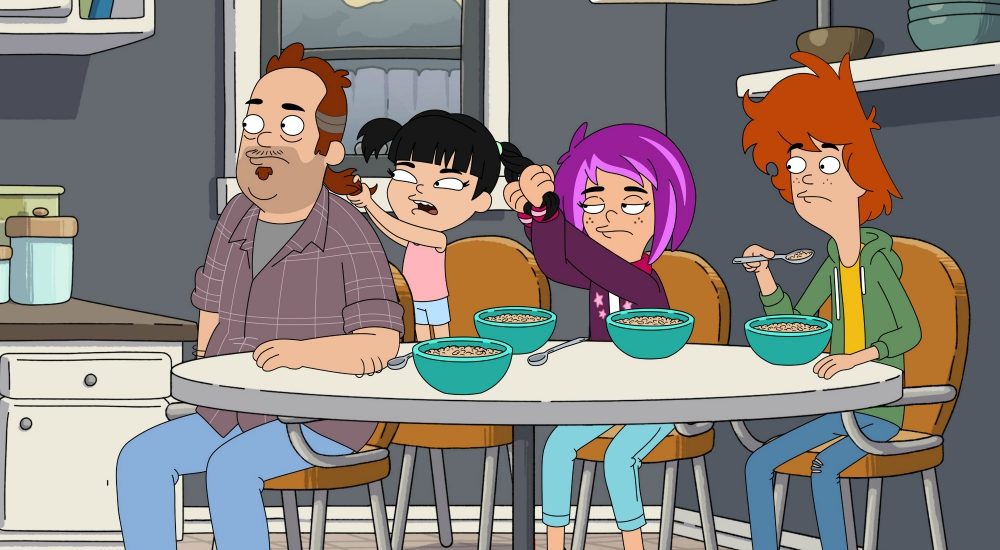 Adult animated shows have become quite popular over the years. This led to Fox devoting its primetime slot on Sundays solely to adult animated sitcoms. Its impressive ‘animation domination’ lineup consists of ‘The Simpsons,’ ‘Bob’s Burgers’ and  ‘Family Guy.‘ Now, another well-produced series, ‘Duncanville’ has joined the block.

From the producers of ‘The Simpsons,’ ‘Duncanville’ follows the “spectacularly average” Duncan who is “basically good kid saddled by the overwhelming physical and existential angst of being a 15 year-old boy” (according to Variety). Apart from the hormonal challenges of being a teenager, Duncan also has to deal with his overprotective mother. His father is a plumber who is obsessed with classic rock. Plus, his family also consists of his two younger sisters.

However, ‘Duncanville’ has more potential than a conventional animated sitcom centering around a lovable family. This is primarily because of the show’s phenomenal cast. Amy Poehler (‘Parks and Recreation’) voices the characters of Duncan and his mother, while Ty Burrell (‘Modern Family‘) lends his voice to the character of Duncan’s father. Additionally, Wiz Khalifa voices a cool teacher at Duncan’s school.

Duncanville Episode 2 Release Date: When Does it Premiere?

‘Duncanville’ episode 2 is scheduled to release on February 23, 2020 at 8 30/7 30c on FOX. The episode is titled ‘Red Head Redemption’ and returns one week after the show’s first episode was aired. The show follows a weekly format with a new episode slated to be released every Sunday.

Where to Watch Duncanville Episode 2 Online?

You can watch the second episode of the first season of ‘Duncanville’ by tuning into FOX on the above-mentioned timeslot. Other than that, you can also catch the episode live on FOX’s official website or mobile app.

The first episode of ‘Duncanville’ starts with the protagonist, Duncan dreaming of reaching the top of a cliff named “The Devil’s Ass.”

Duncan’s father, Jack wants his son to learn how to drive. However, Duncan is not too thrilled with the idea since he can get anything delivered to him via a drone. However, when Jack finally manages to get Duncan in the car, he realizes that his son is pretty terrible.

Duncan regularly hangs out with his friends, Bex, Yangzi and Wolf at an abandoned trailer. Moreover, he is attracted to his classmate Mia. Mia is a gender-fluid person who takes up a pizza delivery job and opposes her company’s homophobic stance by sticking her finger into each pizza that she delivers. Mia tells Duncan that he looks quite cool while driving. This makes Duncan excited about learning how to drive.

Duncan asks his mother to teach him how to drive. Yangzi manages to get his hands on some passes for an EDM concert that Mia is interested in going. To impress Mia, Duncan wants to drive her and his friends to the concert. So, he requests Amy to be their designated adult. However, Amy is an overly paranoid parent who thinks that the EDM concert might lead to something terrible and refuses.

The group of teens takes Bex’s grandmother instead. On their way back from the concert, Duncan gets distracted and almost crashes the car…