Xavier Dupont de Ligonnès’s Wife and Kids: Who Were They? How Were They Killed? 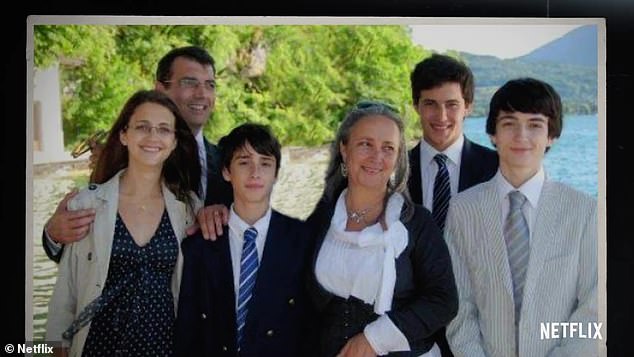 While logic and reasoning seem to be the things that can, in one way or the other, solve almost any problem, there are some things – some occurrences – that require a lot more, and so, for a long time they remain unsolved. Netflix’s ‘Unsolved Mysteries’ uses this same concept and tells us the unresolved stories of crimes, tales of lost love, unexplained history, and paranormal events via reenactments and interviews.

Episode 3 of Volume 1 of this series gave us the horrific account of the Dupont de Ligonnès murders and disappearance. Five members of the same family had been massacred in their own home in France, and the prime suspect, the father of the family, Xavier Dupont de Ligonnès, was nowhere to be found. The whole thing was chilling from the get-go, but the assumed reasoning behind it is even more so.

Who Were Xavier Dupont’s Wife and Kids?

The Dupont de Ligonnès family is an old French aristocratic family originally from Annonay, in the Vivarais region in south-eastern France. Their name itself shows their nobility. Xavier and Agnès had dated for around a year when they were younger, but because he wanted to travel and experience new things, he broke up their relationship and went his own way.

However, when he returned and found out that she had a child with someone else and was single and unmarried, he shocked everyone by deciding to step up and take her hand. Therefore, he became not just Agnès’s husband, but also Arthur’s father. In 2011, the couple was residing at 55 Boulevard Robert-Schuman in Nantes, France, with their four kids and two dogs.

After Arthur, Agnès gave birth to Thomas Dupont de Ligonnès on August 28, 1992. Two years later, on August 2, 1994, the couple welcomed their daughter, Anne, and then finally, Benoît was born on May 29, 1997. At the time of their deaths/murder, Agnès, 48, was working at a catholic school, Arthur, 20, was studying for a technical diploma in IT, Thomas, 18, was studying musicology, Anne, 16, was a model for mail-order subscriptions, and Benoît, he was just 13-years-old.

How Was Xavier Dupont’s Family Killed?

The aristocratic family lived a bit of a lavish life. They attended private schools, went on vacations, had the best stuff that money could buy, and were just generally assumed to be a very well-off family. But the truth was far from it. Xavier, who claimed to be a businessman handling several successful businesses, in fact, had very limited success in his career. He had blown through their savings and soon the family would have been left with almost nothing.

Not wanting to put his family name to shame or live a life away from the wealth and riches, he apparently devised a plan that would solve everything. In early April, he shut off his wife’s sleep apnea machine and shot her twice in the head as she slept, using his father’s .22 caliber rifle which he had inherited after his passing months before. Following that, he did the same to Arthur, Anne, Benoît, and the dogs as they slept. He called Thomas, his true heir and eldest son, the next day, April 4, 2011, to get him home from University. After that, he shot him as well.

Autopsy reports indicate that each child had sleeping pills in their system, so they were all drugged up and had passed away in their sleep. By April 11, 2011, the bodies were buried under the house’s patio after proper Catholic rituals were performed, the house had been completely emptied and cleaned, and a note on the letterbox that stated, “Please return all mail to sender. Thank you,” had been placed.

A typed and unsigned letter, dated April 11, was also sent to close friends and family members. It stated that Xavier had been working for the American Drug Enforcement Administration (DEA) and that the whole family had to relocate to the United States as a part of a Federal Witness Protection Program. It also specified that no one would be able to contact them for a few years and if anyone asks, say that they have moved to Australia. To this day, there is no proof that this letter was written by Xavier or if, he did in fact, murder his whole family and then disappear. (Featured Image Credit: Netflix / Unsolved Mysteries)