Dying Light 2: Everything We Know 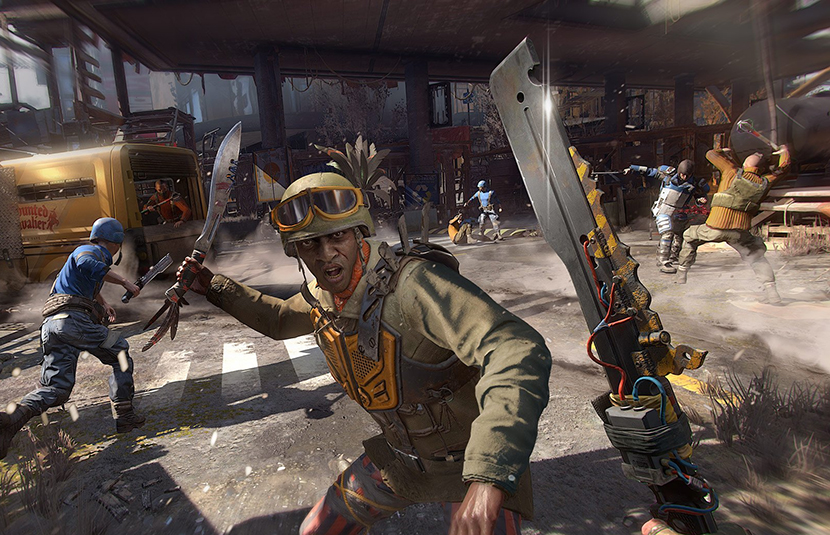 You can view Polish game developer Techland’s 2015 open-world zombie survival game ‘Dying Light’ one of two ways. On one hand, it is a generic zombie survival game that borrows heavily from genre tropes and features a vapid and stilted storyline that fails to engage the player. On the other hand, ‘Dying Light’ is also a pathbreaking title in many ways, freshening up the tired zombie survival genre with a meticulously crafted open world, a super slick parkour system, and satisfying melee combat.

Both these outlooks are true, and whether you did, or did not enjoy ‘Dying Light’ depends on your perspective. Personally, I found the game to be quite enjoyable but was left asking the question “What if?” by the end of the game. Well, it looks like we might just finally get an answer to that question half a decade later with the upcoming ‘Dying Light 2’. Read on to find out everything we know about the latest upcoming zombie game by the original creators of ‘Dead Island’.

Dying Light 2 Gameplay: What to Expect?

Looking back at it now, the original ‘Dying Light’ seems like a Techland’s prototype for the upcoming ‘Dying Light 2’. The game set the stage for authentic open-world zombie murder mayhem but was crucially lacking in some key departments.

The game was praised liberally for its fantastic movement mechanics, particularly the seamless parkour mechanics that made traveling across the dilapidated rooftops of the city of Harran an understated delight. It presented an additional level of freedom beyond what is offered by traditional open-world games.

The combat was also fine-tuned to perfection, with meaty thuds and satisfying decapitations when you take on the zombies. However, for all the praise it got, ‘Dying Light’ was also criticized for its prosaic protagonist Kyle Crane, repetitive mission structure and the main villain Rais, who spent the majority of the game trying and failing to emulate Vaas Montenegro from ‘Far Cry 3’.

The upcoming ‘Dying Light 2’ not only seeks to resolve most of these issues but also adds in plenty of brand new features to make the world feel truly alive. Once again the game will be set in the Turkish inspired city, Harran, but this time a good fifteen years after the events of the first game.

The zombie outbreak has devolved human society into a primal state where the prevailing mentality is “kill, or be killed”. You will take control of a brand new protagonist called Aiden Caldwell. We don’t know much about Aiden yet, but what we do know already makes him more interesting than Kyle from the original ‘Dying Light’.

Aiden is infected by the zombie virus himself, gaining superhuman abilities such as heightened strength, agility and combat skills. I’m assuming at least part of the new storyline will focus on Aiden and his quest to find a cure for his deadly affliction.

The Steam page for ‘Dying Light 2’ describes the game as follows:
“The last great human settlement exists within an unforgiving, infected world. Exceptional agility and combat skills make you a powerful ally and a valuable commodity. With your unique abilities, you have the power to be an agent of change within this decaying metropolis. Use it wisely.”

‘Dying Light 2’ will also expand on the limited RPG (Role Playing Game) elements in the first game. The biggest change is the addition of branching narrative paths and multiple possible resolutions to subplots. A lot of the missions in the game will present you with a choice to make, one which has the potential to alter the story in some way, or even the game world.

Some of these choices will be reversible by fulfilling additional side quests, but most of the changes will be permanent. The crafting system has also been expanded, with certain blueprints now gated behind certain narrative choices you make. Additional modifications with specific abilities will now allow an even more granular degree of weapon customization.

Of course, ‘Dying Light 2’ will also feature plenty of the usual sequel upgrades including greater zombie variety, an open world that is four times larger than the previous game, double the available parkour moves and a staggering 100 hours of total gameplay content.

Dying Light 2 Developers: Who Are the People Behind the Game?

Techland is best known for games such as ‘Dead Island’ and the ‘Call of Juarez’ series.

Dying Light 2 Release Date: When and Where Can I Play the Game?

Although we do not have a concrete release date for ‘Dying Light 2’ yet, the game is expected to be released sometime in the spring of 2020. That means we can expect the game to come out sometime between March and May 2020.

‘Dying Light 2’ will be available to play on a number of platforms including PC (Microsoft Windows), PlayStation 4 and Xbox One.

You can watch the gameplay trailer for ‘Dying Light 2’ right here.