Dynasty S03 E11: Everything We Know 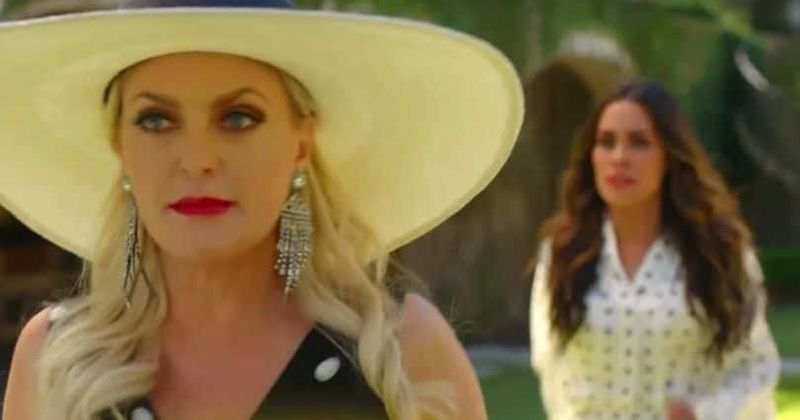 ‘Dynasty‘ is a reboot of the 1980s soap opera of the same name. It shows a rich family having their own set of problems, where everyone seems to hide their agenda and nobody is who they appear to be. The Carrington family’s increasing discontent drives the narrative forward.

Currently, on Season 3, the show has not let up on the twists and turns that distinguish it as an enjoyable viewing experience. We have already seen Fallon confronting Adam about burning down Blake’s vineyard. Although the latter is sure that Fallon will get the blame for it, it is ultimately Adam, who is cut out of the family. Meanwhile, Alexis takes the stand against Blake, and Fallon races to disprove her account, to keep Blake out of prison.

Just when you think the episode could not have more drama, we also see how Alexis has her hooks in Jeff, and even puts the fear of god in Jeff’s interfering mother. Naturally, you might be wondering about what delectable drama this week’s episode has in store. We are here to tell you about that, right after we walk you through when and where to watch the upcoming episode.

Titled ‘A Wound That May Never Heal’, the episode sees Blake reassuring Cristal and working to reestablish himself, now that Alexis is back in the picture. Fallon decides to expand her empire, seeking help from Culhane. Sam’s life continues heating up, while Adam and Kirby strike up an unlikely friendship.

Since cord-cutters are on the rise, options have been made available to them as well. You can head to Fubo TV and watch the latest episodes. The platform offers a free trial period before charging you for services. Amazon Prime users can buy and stream the episodes.

If you are a Netflix subscriber, you can watch the last two seasons of ‘Dynasty’.

You can check out the promo for the upcoming episode of ‘Dynasty’, below. The sass is at an all-time high, as a challenge to meet on the battlefield is issued, and the challenger intends to shoot on sight (metaphorically, of course).

While Fallon might have gotten Blake out of the mess, she is not too happy. The episode starts with the two going at it, with Fallon hurling glasses at Blake. The tiff is interrupted by Anders, who expresses concern about Kirby. Although Fallon is initially reluctant to let Blake off, she realizes that Kirby’s situation requires attention.

Blake meanwhile, tries to get back on his feet. Jeff and Michael have a moment of trust, as Jeff decides to focus on other priorities in life. He expresses confidence in Michael, and gives him his shares, making Michael the majority owner. Meanwhile, various members including Alexis start talking about a bullet casing, naturally, giving it importance in the story.

Adam and Fallon go undercover, and the latter also meets up with Kirby. There are some concerns about Kirby being used, but she shoots them down, saying that she has a hold on the situation. Ultimately, the truth of the shooting incident appears to be very different.

It turns out that Alexis was the target, and she is warned that she will get what’s coming to her. Fallon is finally convinced that Blake did not have much to do with the incident, and decides to forgive him. However, she leaves, and Blake makes a move against Alexis.

It remains to be seen how the upcoming episodes play out, in light of these actions.