Earth to Ned Season 1: Everything We Know 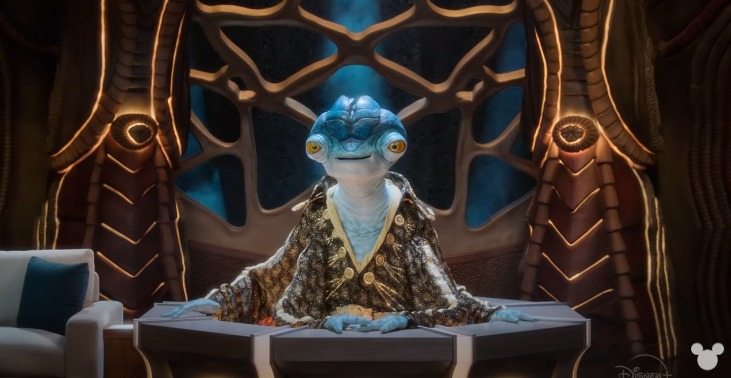 ‘Earth to Ned’ is the first prime-time talk show to be hosted by an alien. Yes, you heard us right! The Disney+ original features two extraterrestrial beings, Ned and Cornelius, who interview terrestrial stars. Introducing a different twist to the late-night talk show format, ‘Earth to Ned’ is one of the weirdest titles on the planet! Showcasing famous celebs in each of the episodes, it focuses on topics that are fascinating, both for earthlings and intergalactic entities. For more detailed insights, here is our breakdown of the much-awaited series.

‘Earth to Ned’ season 1 premieres on September 4, 2020, on Disney Plus. The first season will consist of 10 episodes.

Earth to Ned Cast: Who is in it?

The host of the talk show is Ned, an alien who is voiced by Paul Rugg. Ned is accompanied by his sidekick, Cornelius (voiced by Michael Oosterom), and a navigational computer Beti (voiced by Colleen Smith). We also have the CLODs (Cloned Living Organism of Destruction) — tiny, furry, tentacled critters that talk gibberish and generally end up scaring Ned’s guests.

What is Earth to Ned About?

Produced by The Jim Henson Company, ‘Earth to Ned’ is a talk show that is headlined by an alien commander named Ned and his equally weird sidekick, lieutenant Cornelius. Ned is sent to the planet by his emotionally distant father to assume control over and conquer the earthlings. But once Ned lands on earth, he immediately falls in love with it. Fascinated by human culture, he decides to host a talk show — to get to know the inhabitants better.

Ned starts broadcasting his show from the bridge of their spaceship, which is hidden deep underground. He teams up with Cornelius to converse with earth’s greatest resource, celebrities. Ned is also accompanied by his ship’s artificial intelligence, BETI, and the destructive CLODs (Cloned Living Organisms of Destruction). In the midst of everything, Ned needs to keep his project a secret from his wrathful father — the Admiral of the Galactic Fleet.

Each episode of ‘Earth to Ned’ revolves around a subject that is interesting to both earthlings and Ned. Some of the topics explored in the season include comedy, sports, social media, and fashion. As described by Disney: “Ned beams in celebrity guests from across the known universe to put on the ultimate chat show, and the more he learns about our human culture, the more obsessed he becomes.”