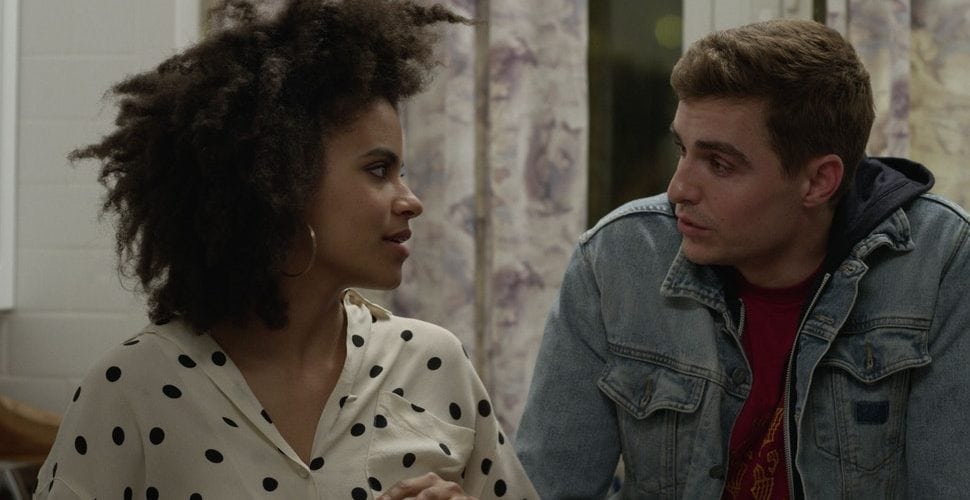 ‘Easy’ is an American anthology comedy–drama series that airs on Netflix. It first premiered on September 22, 2016. The series has been created by Joe Swanberg, who is also the writer, editor, executive producer, and director. Sparrow Grass is the company backing the project, while apart from Swanberg, Andy Weil, Kristen Zolner, and Jane Wiseman are all on board as the executive producers.

The series is set in Chicago and follows a group of friends who fumble through a maze of love, sex, culture, all of which are part of our modern-day societal interactions. If you are a fan of anthologies that explore the world of romance, dating, marriage, casual sex and more, this show is hand-picked just for you. This show is one of those that never run out of material. Naturally, fans took a liking to ‘Easy’ due to its relatability to our everyday life, but critics too have praised the series for the nuanced look it takes at issues that we all have to navigate, and how it manages to maintain a lightly humorous take on life.

Easy Cast: Who is in it?

The main cast of ‘Easy’ includes various actors of renown who play regular characters who go about their daily lives. These include Zazie Beetz of ‘Atlanta’ fame as Noelle, Michael Chernus as Kyle, Kiersey Clemons as Chase, Aya Cash in the role of Sherri, Dave Franco playing the role of Jeff, Evan Jonigkeit as Matt, Marc Maron as Jacob Malco, Kate Micucci as Annie, Elizabeth Reaser as Andi, Jacqueline Toboni in the role of Jo, and Jaz Sinclair as Amber. Apart from that, the cast has included renowned guest actors like Orlando Bloom, famous for his role as Legolas in ‘Lord of the Rings‘ as well as for his part in ‘Pirates of the Caribbean‘ franchise, in the role of Tom. The cast also included Emily Ratajkowski of ‘Gone Girl‘ fame.

Easy Plot: What is it about?

The main plot of ‘Easy’ is simply about a group of people trying to live out their lives in Chicago, and the show does not shy away from asking questions about love, sex, and relationships. However, there is no overarching plot here, just an anthology of tales, which are immersive in themselves but have a distinct aimlessness to them the narrative progress that makes it almost part of the mumblecore genre. Much like the aimlessness of the narration, the resolutions also stay away from absolutes. It is a very modern show for a very modern audience.

However, with shows like these, the reaction is always radicalized. While some find it extremely enjoyable and authentic, others find it rather exasperating. Chicago is wonderfully used as a location as well, and the cafes and meeting points are bound to touch a nerve with those familiar with the city. Even if the show does not appeal to you as a drama, it is a touching tale written to a city with a lot of love behind it.

While Netflix has plenty of shows that question the same things that ‘Easy’ does, what stands out here, is how quickly the show can oscillate between trying to be intellectually great and trying to be merely funny. While the shift is bound to lose a certain section of the viewers, who might not push through once they find the initial moments of the show slow, those who stay back and watch it, are bound to be rewarded. The series is only tied in with the overall geographical setting of the narratives, but the episodes themselves, are all individual sketches, and they are not afraid to show their characters as flawed, wallowing in self-pity, and generally seeming to be defeated by life.

We often feel down and out in our daily lives, as we feel at a loss with the myriad complexities surrounding the societal and gender power politics surrounding issues of relationships. Each episode turns a microscope to a variety of factors in relationships, from threesomes that go wrong, to lesbians having conversations about veganism. If there is one way to capture the attention of the current generation, it is through topics like these that are considered pertinent by all, at least as far as token support has to be shown. The show realizes this and pokes fun at these issues without restraint. The lighthearted approach is bound to stick with the viewers and sets this series apart.

Easy Season 4 Release Date: When will it premiere?

‘Easy’ Season 3 premiered on May 10, 2019. As far as the next season goes, we have some bad news for the fans. Though the show has been quite popular, Netflix doesn’t like to continue a show for more than 3-4 seasons. As a result, according to reports, season 3 happens to be the last you will get to see of ‘Easy’. There’s a remote possibility that Netflix might have a change of mind and if that happens our hope is that Easy season 4 comes out sometime in 2020. But to be honest, at this point, that’s just a distant dream.

While we wait for any positive update on season 4, check out the season 3 trailer to refresh your memories. If you haven’t seen the show yet head over to Netflix to catch all the episodes of the previous seasons.