Eddie Lucas From Below Deck: Everything We Know

‘Below Deck’ fans first saw Eddie Lucas as the charming bosun who had stepped in as the greenhorn. But he quickly progressed by efficiently learning the various tricks and tips of the yachting business. The nautical-themed show has garnered immense popularity since its inception on July 1, 2013, and it successfully premiered the eighth season on November 2, 2020. Despite the novel coronavirus affecting the world, the crew remained unaware of the chaos outside of the ‘My Seanna’ mega yacht.

The friendships formed on the show generally go a long way, but the same cannot be said about romantic relationships. Eddie’s affair with a fellow yachtie, Rocky Dakota, caught fire as he already had a girlfriend back home. We got intrigued to dig more details about Eddie’s life, and here is everything we found out.

Eddie Lucas: Where is He From?

Eddie Lucas grew up on the East Coast, the coastline joining the Eastern US to the Atlantic Ocean. Living so close to the water, his childhood excursions naturally include paddling, skiing, fly fishing, and scuba diving. His journey on ‘Below Deck’ started since its first season premiered on television. 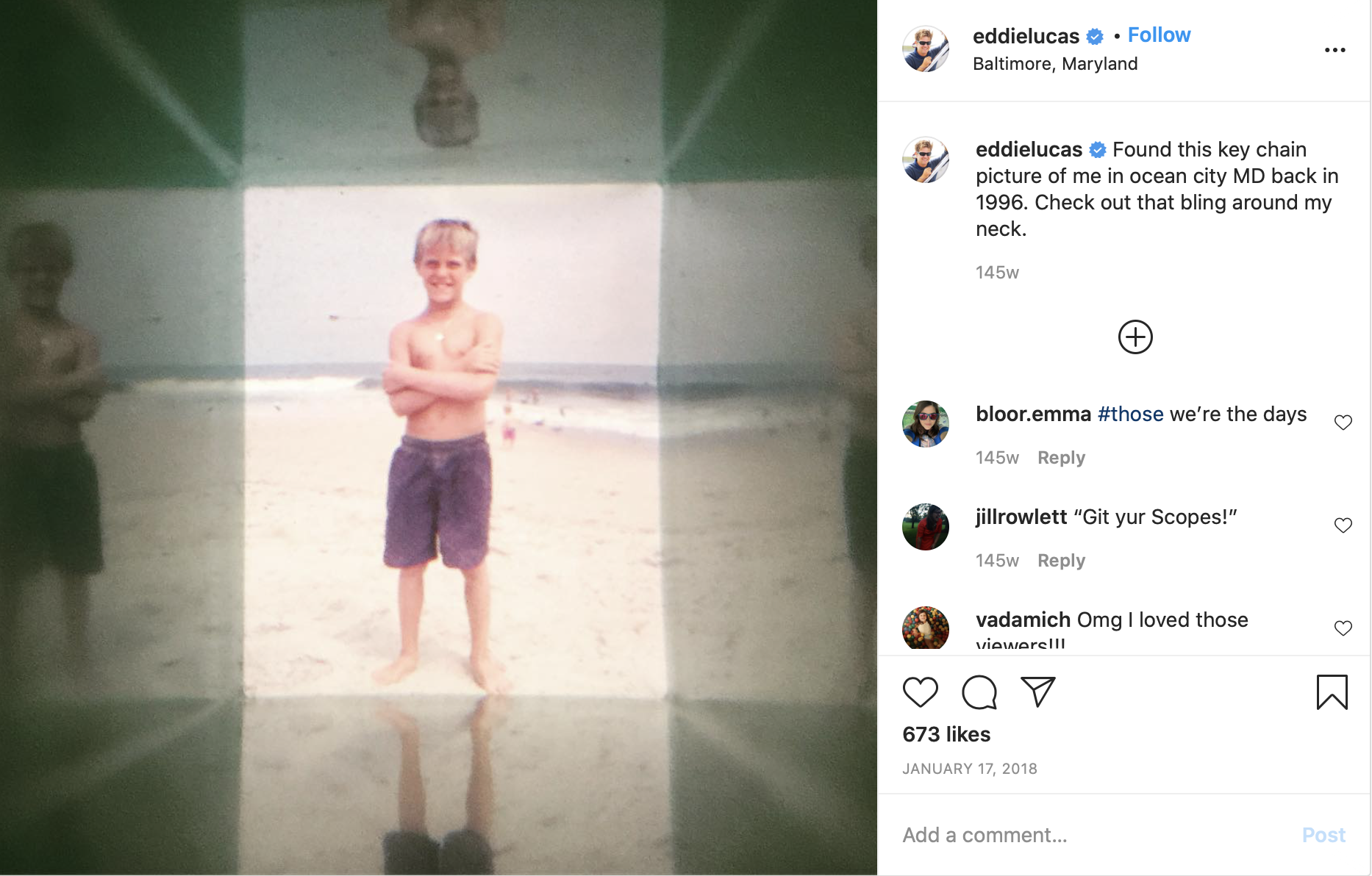 His fans saw the novice work so hard that it earned him a promotion from deckhand to bosun by the end of the second season. But as the third season kick-started, his calm and steady demeanor unusually altered. With no change in his professionalism, the yachtsman’s personal life turned scandalous.

Eddie Lucas: Below Deck Journey and After

Eddie somehow landed himself in one of the wilder ‘Below Deck’ hookups despite his rule to never mix work with pleasure. His secret laundry room affair with Raquel “Rocky” Dakota made him infamous by the end of season 3, immediately after he quit the show. Eddie’s casual approach towards his onboard beau confused and hurt her as she had already started to feel sincerely for him. 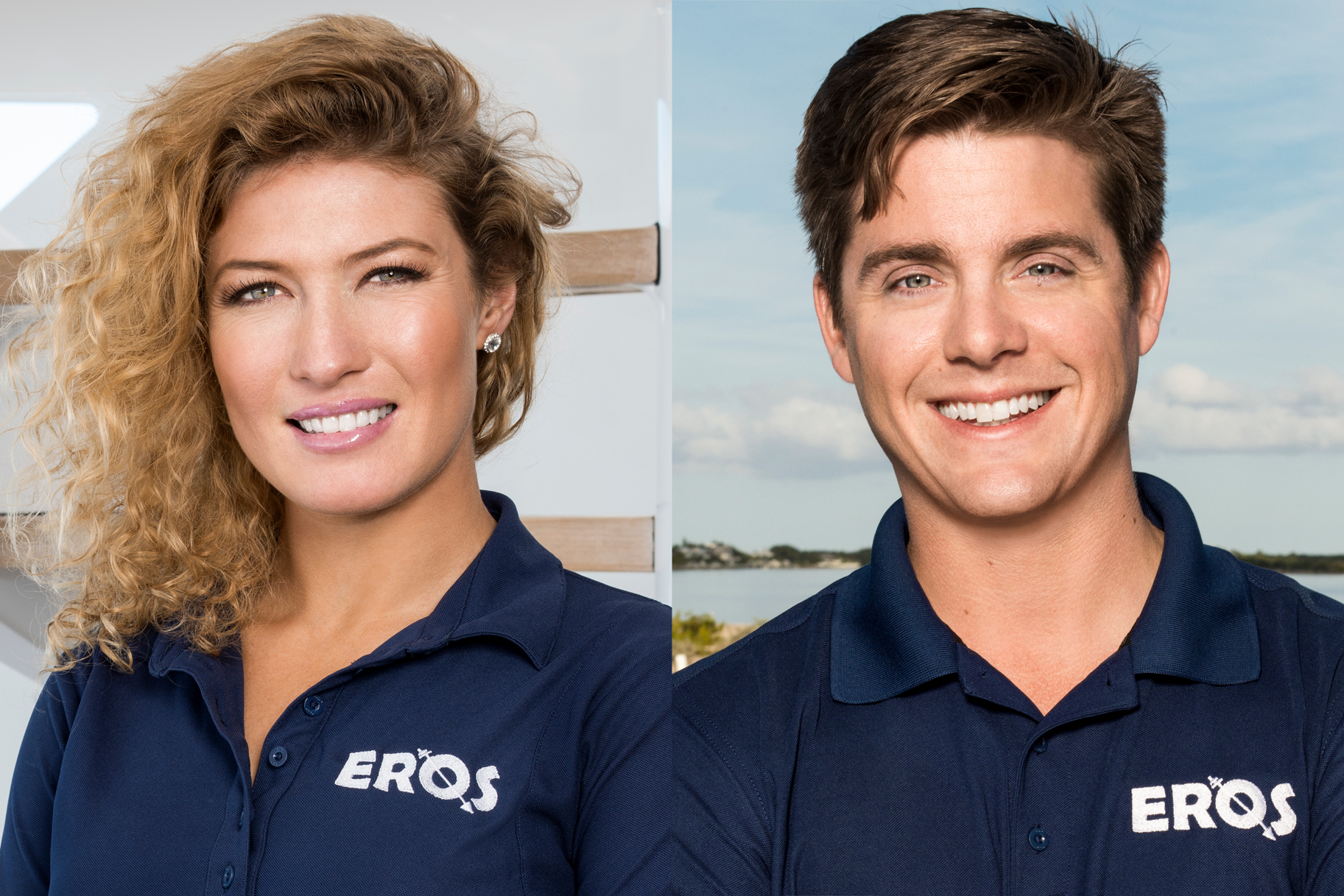 To worsen the matters, he abruptly ended these late-night encounters without considering Dakota’s feelings or providing a logical explanation of his seemingly impulsive decision. The man of the sea now proudly returns after five years with a degree from Green Mountain College, specializing in adventure education. The original cast member has also achieved a 1600-ton license, which helped him to work as First Mate on a tugboat, requiring a crew of four members. 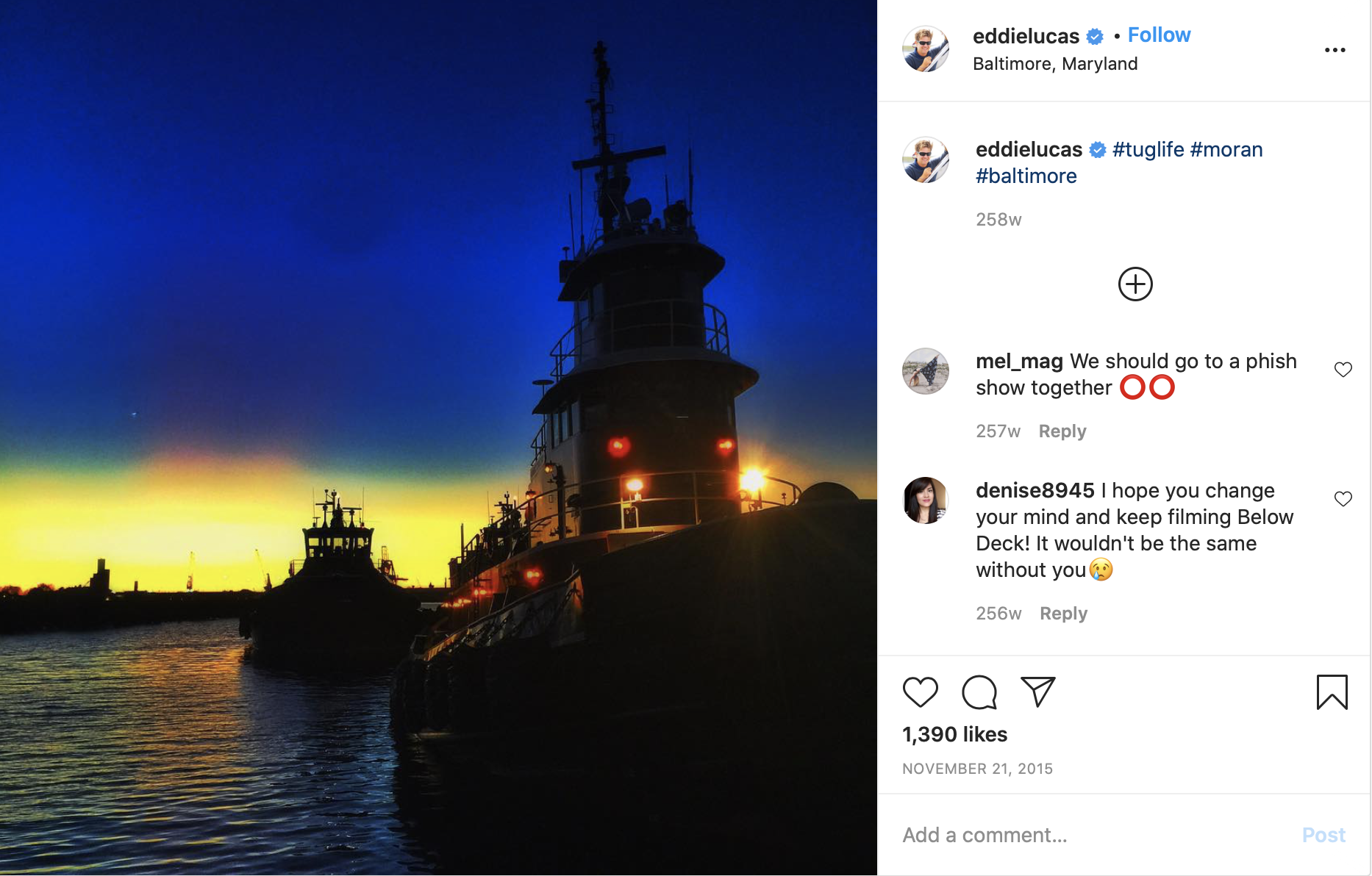 His job at Moran Towing Corporation kept him in Baltimore, Maryland, around the year. But this does not mean that the commercial industry could keep him away from yachting. In fact, Eddie’s trade’s industrial nature additionally taught him the importance of tireless commitment to one’s team. His fans are eager to see him make a comeback on season 8 as “My Seanna(’s)” bosun.

Before Eddie Lucas got on the show, he made it crystal clear that he was already “taken.” He kept the off-screen romance away from media attention, and so did his then-girlfriend, Amy. Though the reality TV star did not broadcast much about it, the couple often posted their mushy travel pictures on Instagram. When his work took him away for weeks on end, the two tried their best to work out the long-distance relationship.

He even came on board with a strict policy of never getting involved with his co-workers. But, as it turned out, both his plans and intentions took a 180-degree turn on season 3 of ‘Below Deck.’ According to Eddie’s confession on ‘Watch What Happens Live with Andy Cohen,’ he and his girlfriend broke up sometime after returning home from the charter season.

It obviously was not an amicable separation as his infidelity (with Rocky Dakota) was revealed on national television. Judging from his social media accounts, the reality TV star seems to be single as of now. Either that or he has learned his lesson well and prefers to keep his private life brushed under the carpet. The chances of him striking up another boatmance are also pretty high!

Read More: Shane Coopersmith From Below Deck: Everything We Know