Edgar Wright is an Inventive and Stylish Director. Here’s Why. 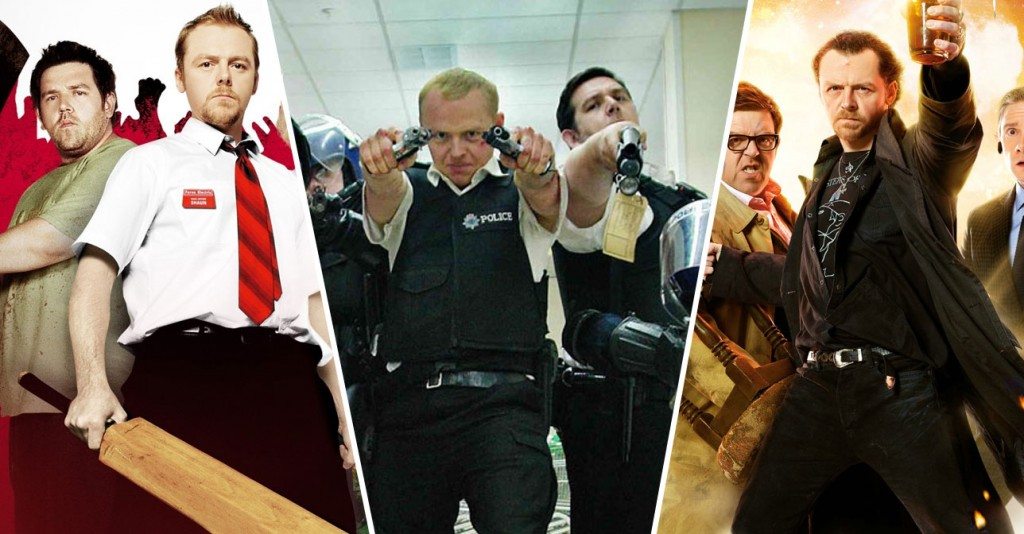 Edgar Wright is one of the most exciting directors working today. He has made only four films so far but he has managed to create a real impact with them. His inventive way of film making has garnered admiration from many people. He is most famous for the Three Flavors Cornetto trilogy. It consists of some of the funniest films made this century. What made them unique was Wright’s ability to simultaneously parody and pay homage to his inspirations. This is evident in all the three films. Each film has a specific look, dictated by the genre they are portraying. He along with his writing partner and actor Simon Pegg have taken stabs at the horror, action and sci-fi genres with hilarious results. With ‘Scott Pilgrim’, he made a film feel like a video game and look like a comic book. This is no easy feat, but Wright did it with his trademark panache. There are many factors that make Wright exciting to watch such as: you can instantly identify a film by him. The visual style is so distinctive, it is hard to miss. The director’s fascination with these genres has greatly influenced his work. Taking all these influences into his films, I feel like he has carved out a place for himself. So, here are three reasons why Edgar Wright’s success is a triumph of style. 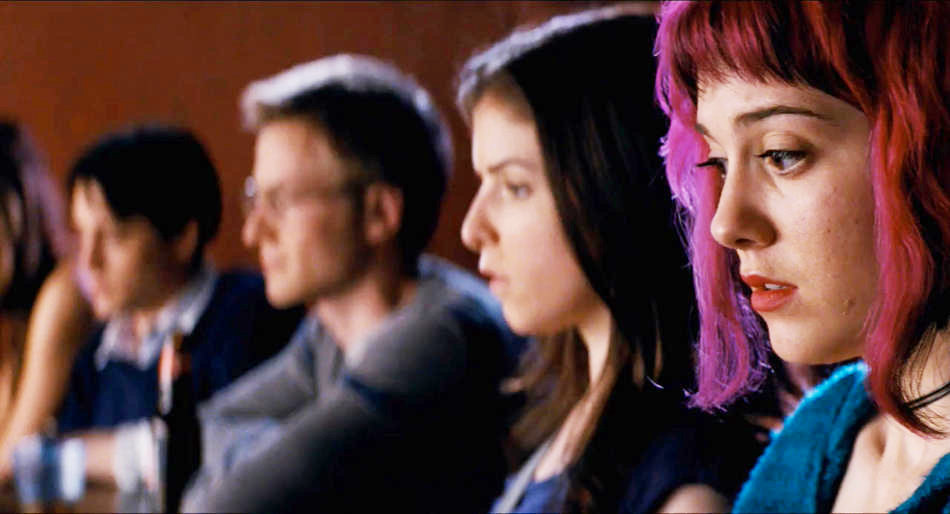 A lot of comedies rely more on dialogue rather than visuals to deliver humor. This is where Wright sets himself apart. Take ‘Scott Pilgrim vs. the World’ for instance, it is without question one of the most visually dazzling films we have had this decade. The director uses these images to convey a variety of emotions. Whether it is attraction, awkwardness or anything, it is presented as an image. While the Cornetto trilogy was a showcase of humor in particular, ‘Scott Pilgrim vs. the World’ had more layers spread across the film. It is a real pity that the film didn’t do well upon its release, as I feel that many people did not really get the visual language of the film. Another great example of this trait of Wright is present in ‘Shaun Of The Dead’. In one scene when Shaun puts on the television, he keeps changing the channels and all one of them say something that seems unrelated. What makes this special is that, when these lines are put together, it actually tells us about the situation regarding the zombies. It takes us a second to realize how great this scene this actually is. But the creativity involved in this scene alone is proof of the talent Wright has. Some of the editing in ‘Scott Pilgrim’ and especially the scene transitions are a joy to watch.

The Element of Comedy 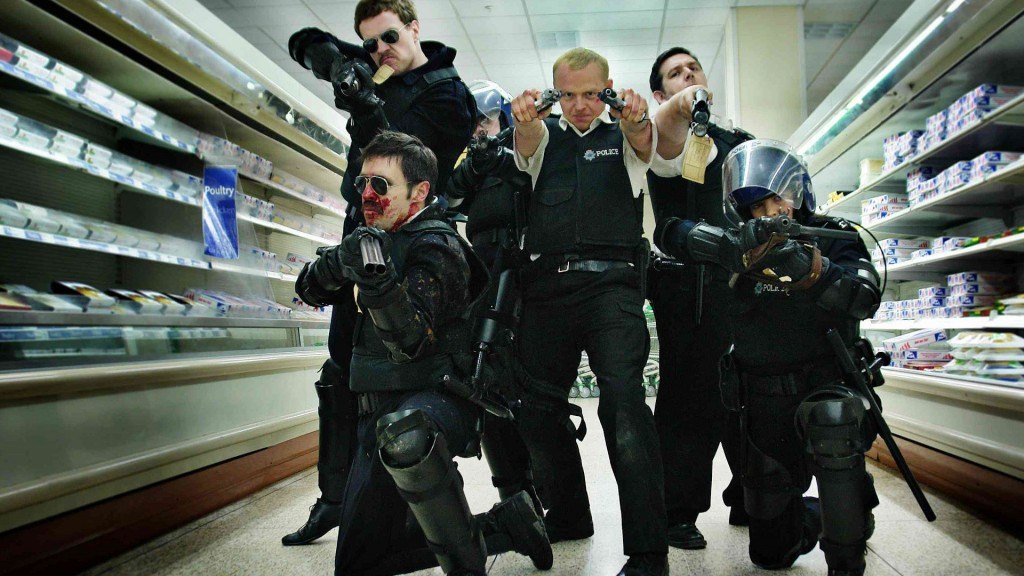 Since most of Wright’s films are out and out comedies, it is important that the jokes work. This is an area where Wright succeeds every single time. In the Cornetto trilogy, a large part of the humor is derived from the performance of the actors. Another unique factor of Wright’s direction is his ability to get a joke out of every possible situation. These include: sound effects, people entering and exiting the frame and so on. A good example of this can be seen in ‘Hot Fuzz’. When Simon Pegg pretends to be a henchman and answers the phone like him. The scene builds to a point where Pegg might be found out, then a single word from him changes the scenario and provides a hilarious conclusion. There are many such scenes spread throughout the director’s work. It is this ability to create something funny from a seemingly mundane situation that makes him special. 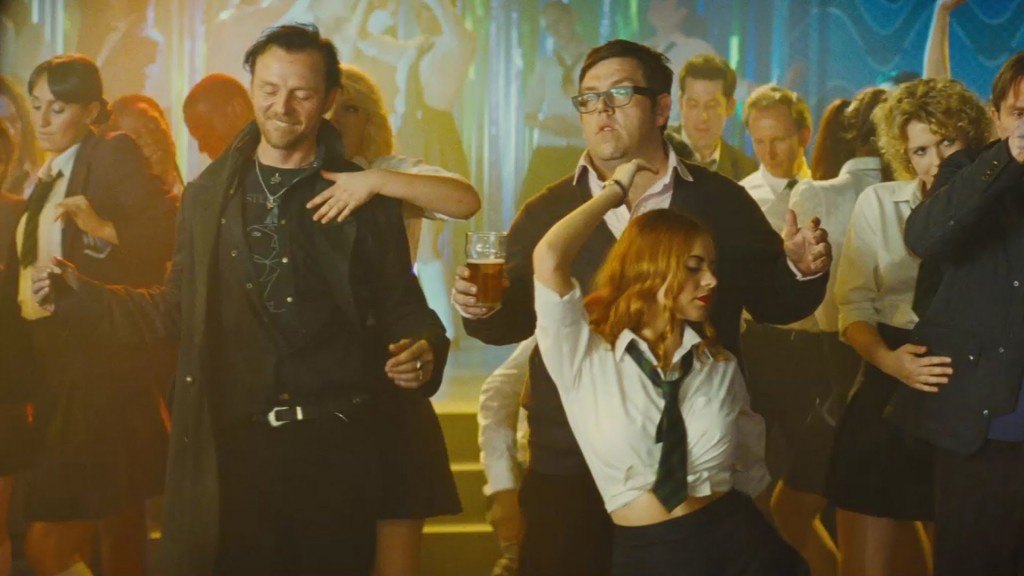 Comedy is at the center of an Edgar Wright film. But more often, what is not noticed are the emotions. This is particularly true of ‘The World’s End’. On the surface, it is a parody/homage to sci-fi films. But beneath that, there is a lot of themes such as: nostalgia, friendship etc. The character of Gary King wants to feel like a teenager once again. He also wants to feel that way with his friends. While his methods to achieve this is far from ideal, his feelings have a genuine warmth to them. In ‘Scott Pilgrim’, the protagonist feels a sense of aimlessness and seems to be floating about in life. It is something that we all can relate to. Especially at that age, it is a common feeling and one that all of us have to go through. A large part of what makes the films tick is the comedy. But, the undeniable amount of heart present in the story, also adds to its appeal.

One thing is for sure, you can make the most stylish film ever but if the audience doesn’t care for the characters, the style won’t matter. While Edgar Wright’s films have simple plots, it has a number of emotional beats that are often missed. The primary reason why Wright has a lot of fans is that his films are bloody entertaining. And sometimes, that’s all a film needs to be to become memorable. The director is back with a new film coming out this August, and with it getting rave reviews already, the fan in me is counting down the days to its release.