‘Elizabeth Harvest’ purposefully unfolds its premise with a very uneven narrative. What initially starts as an eerie sci-fi thriller, slowly transforms into a contemporary version of the Bluebeard myth. Along with that, its themes surrounding death also work along the lines of famous literary works such as ‘Frankenstein,’ ‘Monkey’s Paw,’ and Stephen King‘s ‘Pet Sematary.’ The movie’s twists and its complex timeline can be a little hard to comprehend. So to get a better understanding of the film and its ending, refer to the explanation below.

In the opening scene of ‘Elizabeth Harvest,’ Henry, an old billionaire, carries his young bride, Elizabeth, to his grand home. After being welcomed by their caretakers, Claire and Oliver, the couple make love. Moments later, Henry gives her a tour of his home and tells her that she has access to all the rooms, but is not allowed to enter only one of them. Almost luring her to enter the restricted room, he leaves her alone one night. Elizabeth’s curiosity gets the best of her, and she decides to give the restricted room a visit.

In the room, she discovers several cryogenic tanks, each of which has her clone in a suspended animation state. Elizabeth frantically leaves the room, and Henry later gets to know that she went there. Because of her disobedience, Henry kills her. The story then loops back to the same day, and Elizabeth, who was previously buried in the backyard, returns as Henry’s bride. He lures her to the restricted room again, and history repeats itself.

For better understanding, I’ll be giving each clone a numerical value in context with the movie’s timeline. Henry’s first wife, who he dearly loved, died from a neurodegenerative condition two years after their marriage. Out of grief, Henry used his expertise in the field of cell research to create six clones of her. The first clone, Elizabeth 1, meets the same fate and dies soon after her creation. Elizabeth 2 also dies after suffering from the same medical conditions and teaches Henry a crucial lesson—He cannot play the role of god. But still, too lost in his grief, he decides to put all the other Elizabeths in a state of suspended animation. He then invites Doctor Claire, another renowned expert in neurodegeneration, to work with him.

Claire relentlessly works on Elizabeth 3 for several years and finds a cure for her degeneration. As a result, Elizabeth 3 comes to life, and Henry’s hope is restored; at least for a while, it is. However, Elizabeth 3 struggles to recall anything for more than a few seconds. Her stints of extreme amnesia make it evident that there’s something psychologically wrong with her. Elizabeth 3 later discovers Henry’s harvest lab and runs into Detective Logan after she rushes out of the house. Just to avoid any suspicion, Claire lies to Logan by claiming that Elizabeth 3 is her niece. Eventually, even Elizabeth 3 dies after getting suffocated by her own pillow.

The movie begins with Elizabeth 4’s timeline, where Henry instills dreamy memories of their marriage in her. Due to this, there is only one memory that plays on a loop in her head. “I dreamt, I would meet a brilliant man. I would steal his breath away, and he, in turn, would steal me away from everything ugly into a secret world of our own, ” she keeps recalling. As mentioned in the plot summary, Henry purposefully kills Elizabeth 4, and with this, Elizabeth 5 comes to life, reliving the same memories of her marriage with Henry again. Elizabeth 5 follows the footsteps of Elizabeth 4 and explores the harvest room even after being warned by Henry. This time around, Henry devises a new way of killing her, almost as if he’s enjoying the process. However, Elizabeth 5 manages to stay one step ahead of him and stabs him. By doing this, she kills Henry and finally breaks the loop.

Why Did Henry Create Oliver?

After Henry’s death, Claire gets a heart attack and is taken away to the hospital. While she’s gone, blind Oliver steals her diary and asks Elizabeth 5 to read it out for him. He traps her in the house and promises her that he’ll let her leave if she tells him the secrets in Claire’s diary. Through the diary, Elizabeth 5 learns that Oliver is not Henry’s son, but a younger clone of Henry. Henry only created him because he was afraid that Elizabeth’s clones would be attracted to a younger version of him. Oliver first met Elizabeth 2 when he was home for his vacation, and that’s when he fell for her. He later understood that Henry was only using these clones for his selfish reasons and confronted him. Due to this, Henry blinded him in his sleep and claimed that an electrical fire caused his blindness.

The Ending: Why Was Henry Killing Elizabeth? 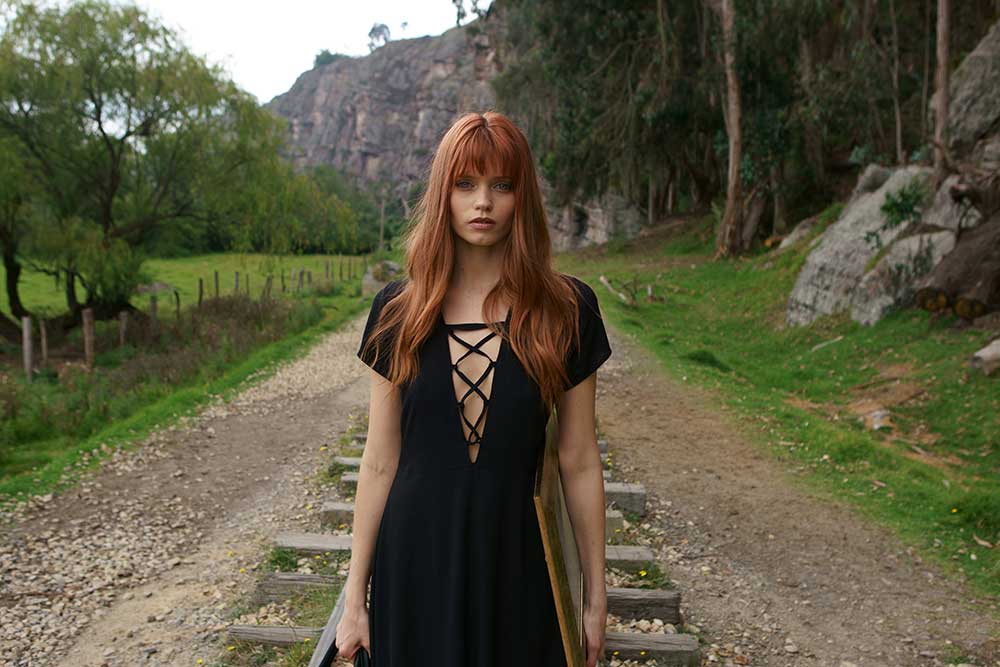 Oliver keeps Elizabeth 5 trapped while he feeds Elizabeth 6 with new memories, which convince her that he is Henry. And thus, Elizabeth becomes his protector and lover. In the final moments of the movie, Elizabeth 5 first seduces Oliver and then attacks him to escape the house. But that’s when Elizabeth 6 shows up with a rifle and accidentally shoots Oliver. The bullet not only kills Oliver but hits Elizabeth 5 as well. In the end, before dying, Elizabeth 5 passes Claire’s diary to Elizabeth 6, and that’s when she learns all about Henry’s motives.

At first, when Henry tried to reincarnate Elizabeth through her clones, he only intended to bring his lover back. But after going through the exhaustive process of losing her again and again, he started losing his mind. He realized that none of Elizabeth’s clones could replace his dead wife, and the only time he felt they were her was when he killed them. And so, he kept reliving the day of his marriage with his clones just to feel the rush of being with his wife again. He killed them only to feel the reality of her presence. But this loop had to end someday, and so it did.

As the movie closes, Elizabeth 6 steps out into the real world and repeats the same old narrative of her limited memories in her head: “I dreamt, I would meet a brilliant man. I would steal his breath away, and he, in turn, would steal me away from everything ugly into a secret world of our own.” But this time around, she also adds her own little version at the end: “but I’m awake now.” The ending of the movie depicts Elizabeth 6’s freedom, who can now finally live in the real world without being manipulated by her creators. She is disease-free, does not suffer from amnesia, and is perfectly capable of living like a normal human.