Is Elizabeth Vargas From Real Housewives Married? Does She Have Children?

Bravo TV’s popular reality series ‘The Real Housewives of Orange County’ is in its fifteenth season, and fans cannot keep calm! The viewers will definitely miss seeing Vicki Gunvalson and Tamra Barney on it, but ‘RHOC’ also brings a fresh face, Elizabeth Vargas. The newbie on the 15-seasons-old series is sure to shake things up with her feisty attitude and no-filter talk. We got curious to know all about her, and here is everything we found out!

The Missouri-native got introduced to the girl-gang of ‘The Real Housewives of Orange County’ by Kelly Dodd. Though the best friends seem to have a lot of fun together, it has taken Elizabeth Lyn Vargas some time to become an intimate part of the circle.

A good look at her social media accounts also tells us that she is also acquainted with the ‘RHOC’ star, Braunwyn Windham-Burke. It is hard to say if she knows her only after the show’s filming or from before. The businesswoman is trying her hand in the world of reality television by making her debut on the series and is hoping to have an enriching experience.

The ‘RHOC’ cast member got married to the Norwegian CEO, Bernt Bodal, at the turn of the century. He also has an acting experience from an appearance on CBS series ‘Undercover Boss’ in 2012. But it was only a one-time occurrence for an episode in the third season. In addition to an incredible net worth in hundreds of millions, the 67-year-old also pursues a career in the music industry, and currently, the band ‘Aunt Mary’ has him as one of its musicians.

Unfortunately, after 20 years of companionship, the two legally split in July 2020. They do not have any children from their union. Elizabeth’s separation from her now ex-husband did not happen in a snap as it took the last three years and multiple divorce proceedings before they could say their final goodbyes.

Shortly after, she made a significant move and fulfilled her life-long dream to live in Orange County. Despite the impressive fortune that Bodal had built, Elizabeth wanted to be independent and became the CEO and founder of Edge Music Network, a music/video-purchasing and streaming website. It took her much courage to admit to the world that the venture was on the verge of failure. But she has not been alone on this rollercoaster ride. The entrepreneur found love again in Jimmy. 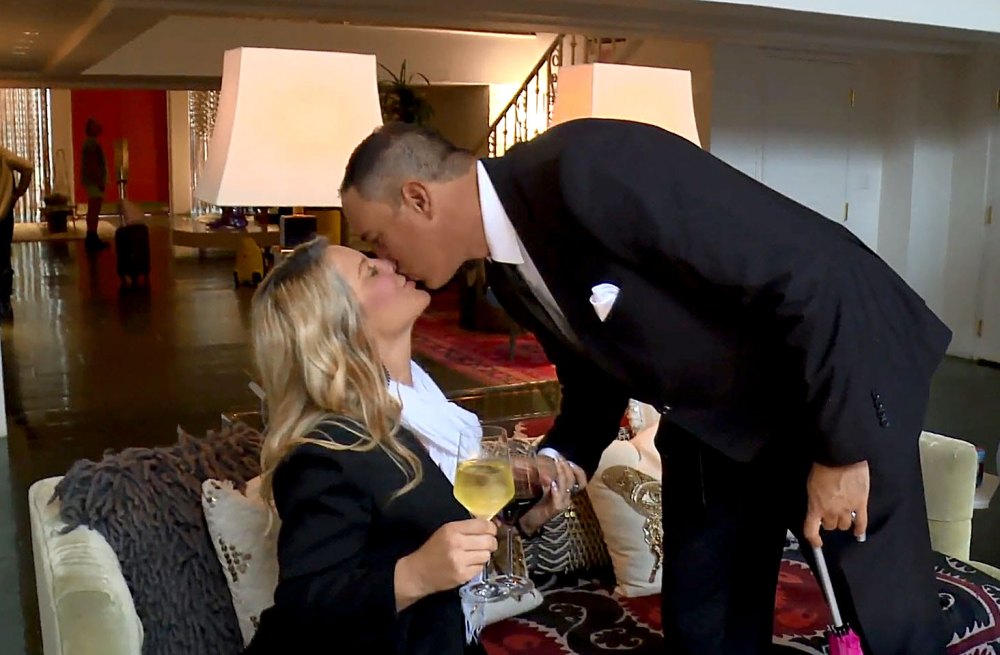 However, not much is known about her boyfriend. Undoubtedly, there must be a copious amount of emotional baggage that she would be carrying after ending a two-decade-long marriage. So it is natural for her to be taking baby-steps into her new relationship. Yet the reality TV star is not shy about candidly talking about her sex life (or lack thereof). The simple description of the equation she shares with her beau, “Jimmy and I have a very intimate relationship, we just don’t have sex,” says a lot!

Read More: Who is the Richest Cast Member of The Real Housewives of Orange County?