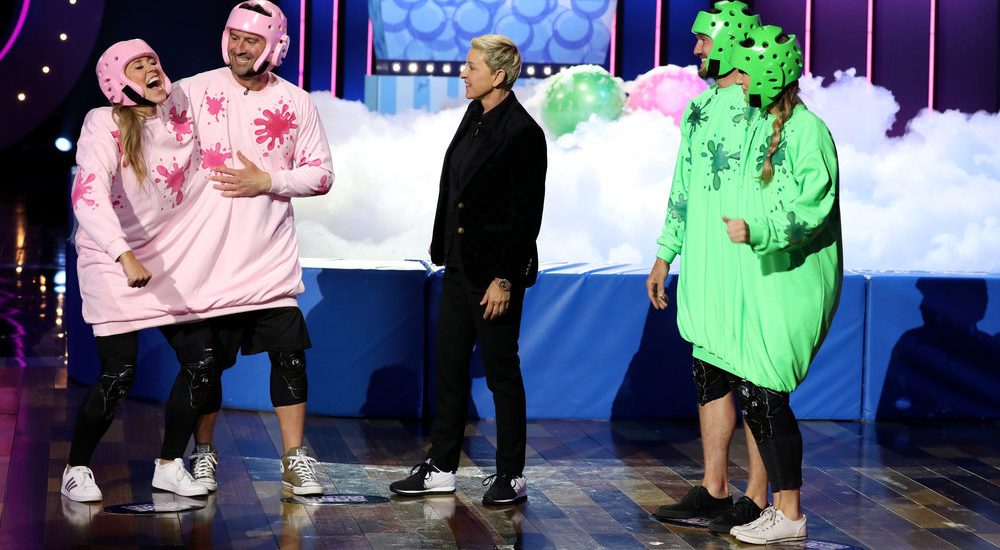 ‘Ellen’s Game of Games’, hosted by the titular, fan-favorite Ellen DeGeneres, is NBC’s popular game show that invites a set of players in each episode. They partake in a series of challenges to advance to the final round where they can win a grand cash prize. Dubbed as one of the funniest competitions on tv, its fourth season dropped on NBC on October 6, 2020.

The new outing sees the competitors playing crazy games like Blindfolded Musical Chairs, Dizzy Dash, Oh Ship!, and Name Dropper. The winner of each of the first four rounds then progresses to Know or Go. The last-standing player proceeds to Hotter Hands for a chance to grab the cash amount. Stephen “tWitch” Boss returns as the announcer for season 4 — which after an action-packed premiere, is all set to release its 2nd episode. Read on to know everything about ‘Ellen’s Game of Games’ season 4 episode 2.

‘Ellen’s Game of Games’ season 4 episode 2 premieres on October 13, 2020, at 9 pm ET/ 8 pm CT on NBC. The 4th outing consists of 20 episodes, with new episodes dropping every Tuesday at the same time slot.

The second episode is called ‘Tanks for the Memories’. The featured preliminary games in the episode include Mazed & Confused, Great Taj Mah Wall, Stink Tank, and Burst of Knowledge.

Where to Stream Ellen’s Game of Games Season 4 Episode 2 Online?

‘Ellen’s Game of Games’ season 4 will drop new episodes every Tuesday evening at 9 pm ET on NBC. If you already have the channel as a part of your cable subscription, simply tune in to your television at the above time slot and watch the latest episodes without any spoilers. Episodes, after their tv release, also land on NBC’s official site for online streaming. You can additionally stream the show on Peacock. The next go-to option is to choose any of the cable-free, live-streaming services. Some of the popular platforms are Directv, Fubo TV, YouTube TV, and Sling TV.

‘Ellen’s Game of Games’ season 4 marks the return of host Ellen DeGeneres and her announcer Stephen “tWitch” Boss. Some of the old favorites featured in the season include games like Blindfolded Musical Chairs and You Bet Your Wife. We also have some exciting new entries like Name Dropper, Burst of Knowledge, and If I Could Turn Back Slime. In the third challenge, contestants need to navigate multiple rounds as there is flying slime everywhere. In Know or Go, the winners from the previous rounds are asked to stand on a platform that can drop any second while they answer trivia as fast as possible. The final winner competes in Hotter Hands where s/he needs to answer as many image-based questions as possible within 60 seconds to win the cash prize.

Read More: Where is Ellen’s Game of Games Filmed?