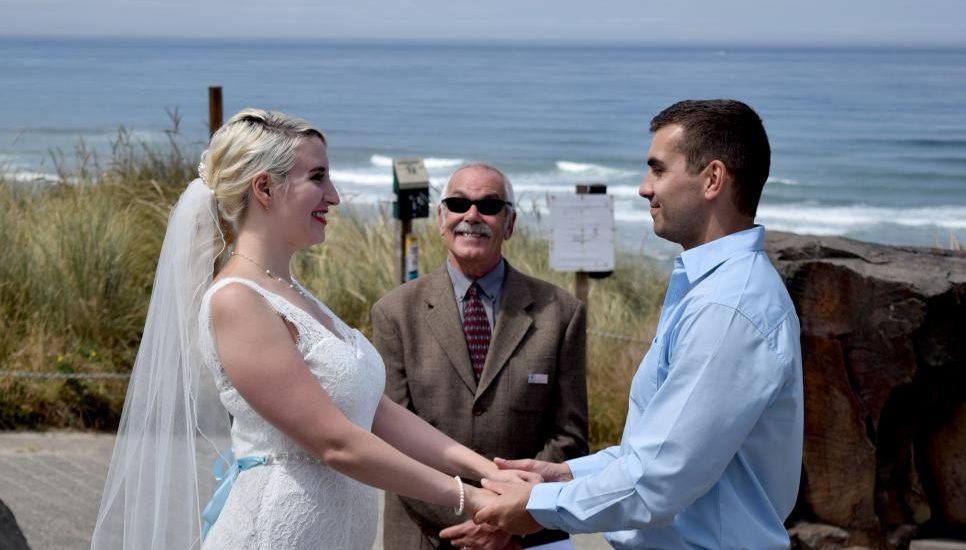 ‘90 Day Fiancé’ is a documentary-style reality show that focuses on couples who are determined to make their relationship work despite their differences. Okay, but what makes it different? Well, one-half of each couple belongs to a country other than the US and has applied for/or obtained a K-1 visa, which means he/she has got only 90 days to marry his/her American partner or leave the US.

Season 7 of ‘90 Day Fiancé’ premiered on TLC on November 3, 2019. And while some couples were in two minds about tying the knot, Emily and Sasha took the plunge and got married. Not just that, the two have an adorable son, Dave. Now, you might be wondering if they’re still together or have they split? Well, we have the answer to your questions. But before that, let’s take a look at their bittersweet journey in ‘90 Day Fiancé.’

Emily Larina (29) and Sasha Larin (32) met at a fitness gym in Russia. Originally from Portland, Oregon, Emily moved to Russia for a teaching job. Since Sasha was her personal trainer, they spent a lot of time together and began dating in June, 2016.

Sasha proposed Emily on an elevator in February, 2017.

Ohh I love him

After a few years, Emily got pregnant, and that is when they decided to apply for the K-1 visa, and move to the US. To make sure Sasha could witness the birth of their baby boy, Emily chose to give birth in Russia.

I haven’t changed the name on my passport yet 😉😉. But I wanted to take this username before anyone else. Also, I love my fam ❤️ #family #happiness

However, it wasn’t always rainbows and butterflies for them. Sasha is already a father of two sons, whom he shares with his two ex-wives. And on the show, we got to witness a very awkward interaction between a heavily pregnant Emily and Sasha’s first ex-wife, Masha, who expressed that Sasha would ultimately leave her for a wife no. 4. And unfortunately, Emily’s parents seemed to agree. Even after Sasha’s K-1 visa was approved, they couldn’t leave for America as Sasha forgot to apply for their son’s Russian passport. This led to some friction between the two, but they managed to get past it.

Upon reaching America, Emily and Sasha moved to her sister Betsy’s apartment for a while. And it was a trying time in their relationship, as Betsy did not approve of Sasha. She was very vocal about her resentment towards Sasha, who criticized her eating choices and pushed Emily to lose the baby weight. Betsy even asked Emily to take a step back as she feared Sasha would leave her.

Tonight you get to meet one of my lovely sisters @betsycue. Go ahead and give her a follow! Also, if you are a blogger and trying to get her to leak spoilers, at least offer her a slice of that ad money. I got your back sis! 💰😄✌🏻#90dayfiance

After some speed-bumps, Betsy gave her blessing for their marriage after Sasha promised her that he would be the best husband to Emily. Due to financial constraints, the couple had a low-key wedding in Newport, Oregon, which was filmed for the show. Check out the sweet picture below.

Are Emily and Sasha Still together?

Emily and Sasha are still very much together and living happily with their son in Portland, Oregon. She is still head over heels for Sasha and regularly posts updates of her life with her man. Here’s a picture of the couple, celebrating six months of marriage.

6 months married 💖. Since we never took a honeymoon, I was thinking of planning a short get away here in the US. I want to celebrate new jobs and making it through immigration paperwork (even though we aren’t quite done). I don’t want to blow a bunch of money, so I was thinking Miami or So Cal would be fun 😊. Where would you vacation in the US? #90dayfiance #honeymoon

She also feels TLC tried to paint Sasha as the villain he isn’t, which led to fans spewing hate on him and calling him names. Here’s a picture of the two, enjoying their dinner date, on February 5, 2020. Check out the caption wherein she takes a stand for her husband against the “unjustified” hate.

For a while, I was disappointed that the world didn’t get to meet the Sasha I know. The man I know is always thinking about how he can be a better provider for his family. The man who sees something in the store and says, “I want to send this to my father, son, brother, etc.” The man who doesn’t have a lot of possessions because he’s so giving. I remember asking why he was always giving his clothes away to his brother, and he’d say, “Because it’s better that he has them than me.” He would work split shifts but still come home on a long metro ride to check on me. He’s the kind of man who will help others and expect nothing in return. He’s never afraid to chase his dreams. When his family calls, he answers. I love you, and I’ll forever appreciate you for all you’ve done. I’ve come to terms with everything. I’ll keep the real you to myself. @alexander.g.larin #90dayfiance

To sum it all up, here’s a heartwarming birthday post that Emily dedicated to Sasha. When a user called her “obsessive” in the comments section, Emily clapped back at her, saying, “Sasha doesn’t post a ton on IG anyway. Yes, I talk a lot about those I love on my profile! Yes, I’ve been obsessed for over 3.5 years because he is the best partner for me! If that’s “ewww” I suggest you hit unfollow.”

Happy 33rd birthday, my love ❤️. You know they say God loves threes, so I have a feeling this will be the best year ever. For your birthday, I promise to keep the promise I made you during our engagement. I’ll always love you. I’ll always treat you the way I would want my son’s wife to treat him. I’ll definitely never hit you or throw things at you. Happy birthday, Sashulia!! @alexander.g.larin #моялюбовь #моймужчина #сашуля #женаимуж #сднемрождения #happybirthday #love #90dayfiance

It feels good to see Emily and Sasha going so strong after overcoming all the hurdles. More power to them.