Emma Roberts is the daughter of actor Eric Roberts and the niece of actress Julia Roberts. She used to roam around the sets with her father and aunt when she was a kid. It was quite obvious for Emma to choose acting and singing as career options. Her first big-screen appearance was in the 2001 movie ‘Blow.’ Emma played the role of Johnny Depp’s daughter in the film. At ten, she appeared alongside her Oscar-winning aunt in the family movie ‘Grand Champion.’ She built up her career through a number of small roles in her teens.

Emma’s big breakthrough came when she was cast in the lead role of the Nickelodeon show ‘Unfabulous‘ in 2004. Her performance as a girl named Addie who sings out emotions earned Emma her next big role in the 2006 movie ‘Aquamarine.’ The film went on to become a huge success and garnered many award nominations. The success helped Emma launch her music career with the release of an album, ‘Unfabulous and More’. In 2007, Emma joined the Warner Bros. movie ‘Nancy Drew’ as the titular character; movies like ‘Wild Child,’ (2008) ‘Hotel for Dogs,’ (2009) ‘4.3.2.1.,’ (2010) and ‘Scream 4‘ (2011) later followed.

At this point, the question that might be circling your mind is what is the next Emma Roberts movie or TV show? Well, the good news is that we have a clear answer to that question. Here’s the list of upcoming Emma Roberts films and TV shows scheduled to release in the near future. We can only hope that the new Emma Roberts performances would be as good as some of her recent ones. 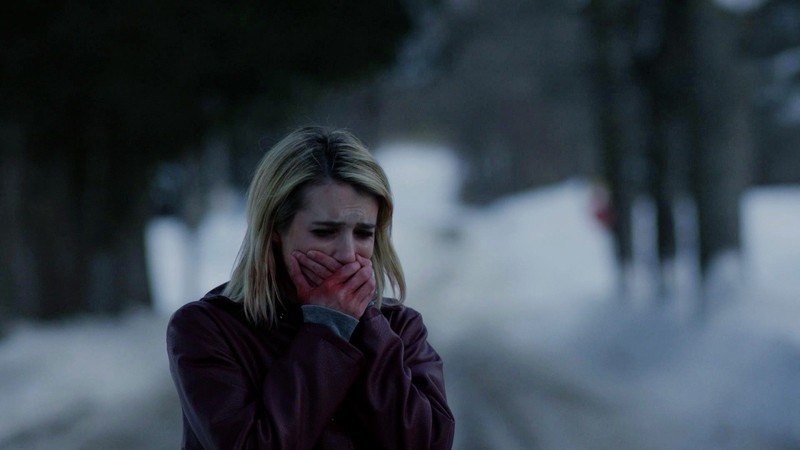 Of all the projects Emma Roberts is attached to, ‘RRR’ will see her appear in an Indian movie, a Telegu language film at that. She is slated to be a part of the cast that includes actors like Alia Bhatt and Ajay Devgn. The premise follows  Alluri Sitarama Raju and Komaram Bheem, who fought against the British Raj and the Nizam of Hyderabad, respectively.

However, the movie seeks to fictionalize the lives of the freedom fighters and see how their days were during the self-imposed exile. The two started fighting for their country in the 1920s but made the journey away from home before that. ‘RRR’ chooses to focus on this time before they become heroes. Notably, Roberts is rumored to have a part in the movie, and will likely be a member of the British Raj. It remains to be seen how the talented actress performs in an Indian film. The film is slated to release on July 30, 2020. 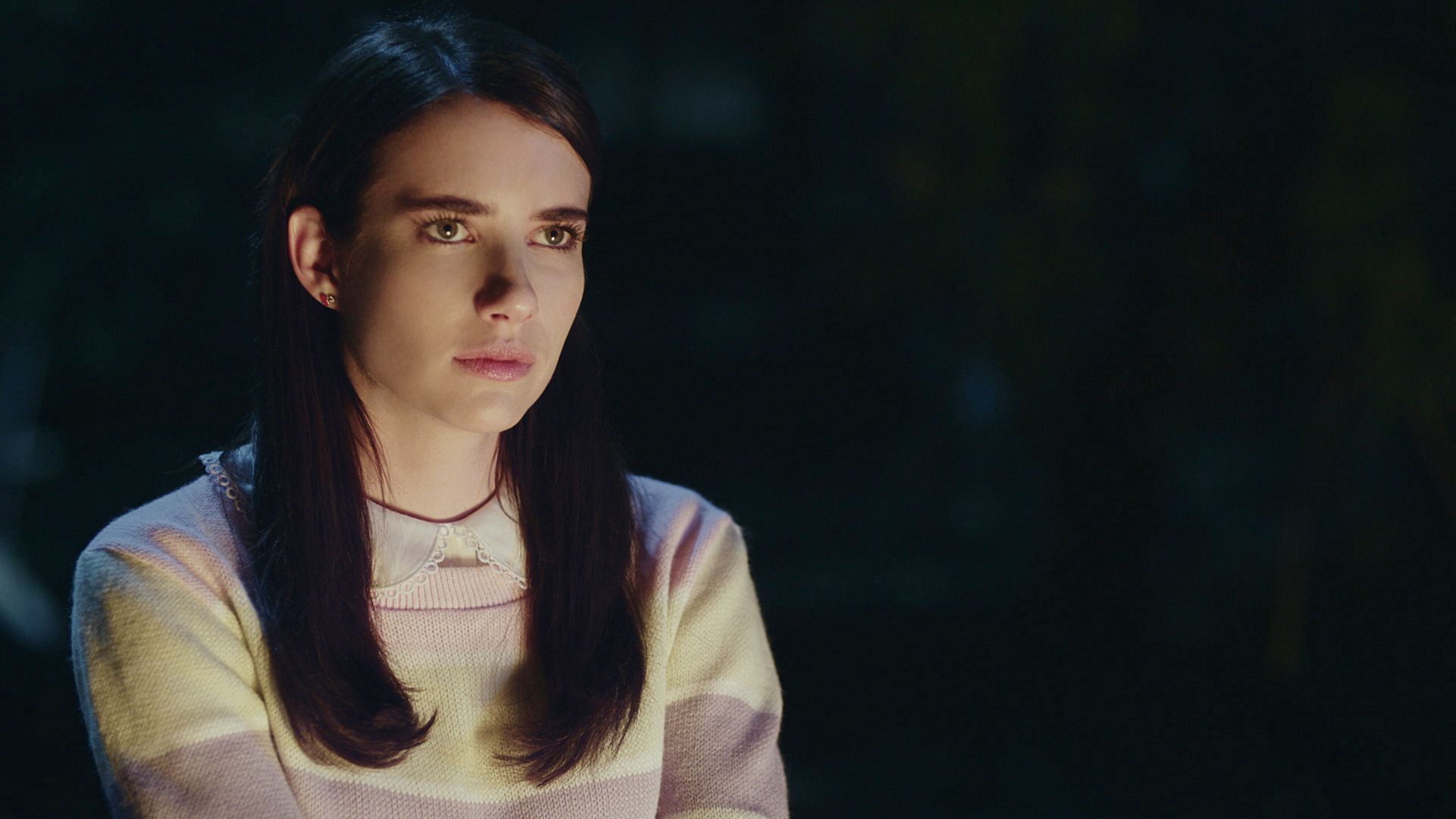 The ninth season of ‘American Horror Story‘ stars Emma Roberts along with Olympian Gus Kenworthy, who plays her boyfriend. The ninth season is said to have been heavily influenced by slasher movies, and accordingly, the aesthetic of the season is set. The story starts off with a group of people going to a camp.

However, on the way there, they hit a man and decide to erase all traces of this accident. Coverups are usually a big no-no in the world of horror because you know that the deed will come back to haunt you. In this case, the man they hit might be a terrifying killer responsible for a massacre. Soon, the group finds out that someone or something is stalking them. The show might be getting Season 10 by September 2020. It remains to be seen if Emma Roberts returns to the cast. 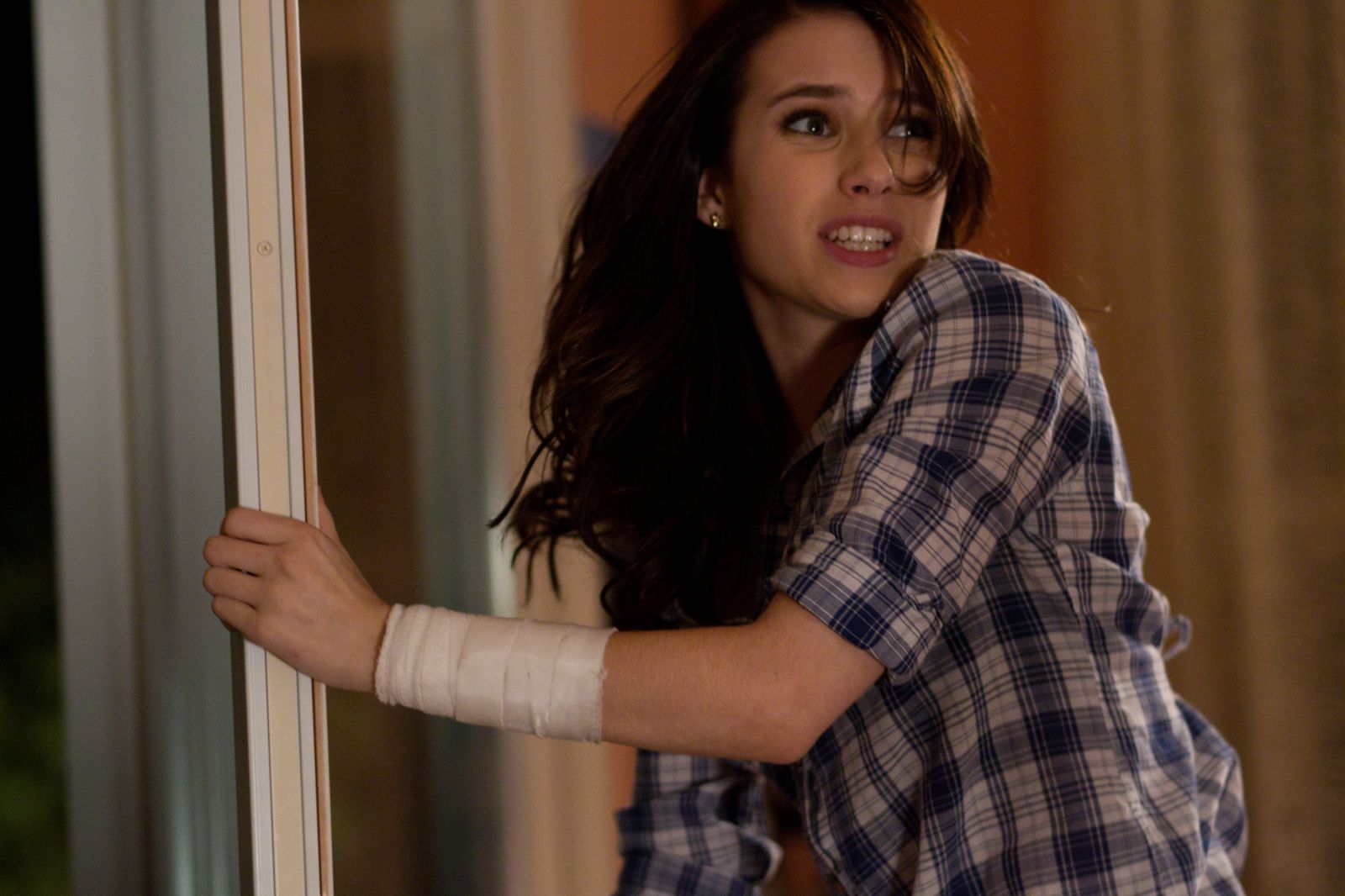 ‘Now I See You’ is an upcoming drama that is helmed by Nick Cassavetes. The premise is based on a memoir by Nicole Kear. The film’s script is written by Abby McDonald. The story basically tells us about Kear who used to be a senior at Yale when she was hit with a diagnosis that changed her life.

She learned that she had only a few years before she would lose her vision completely. Naturally, when we are faced with the possibility of loss, we do everything to make the most of the time left. Thus, Kear sets out to experience as much as she can while her eyesight remains. However, the world has a lot to offer, and as her vision becomes blurrier, she realizes that she cannot possibly see or experience everything.

Moreover, one thing becomes increasingly clearer. She understands she cannot fight the blindness and comes to accept it on her own terms. The lessons in courage and hope help her to find true love, success and cope with the loss. Roberts is set to play the role of Kear and will have to deliver a strong performance to carry the evocative drama to new heights of emotion. 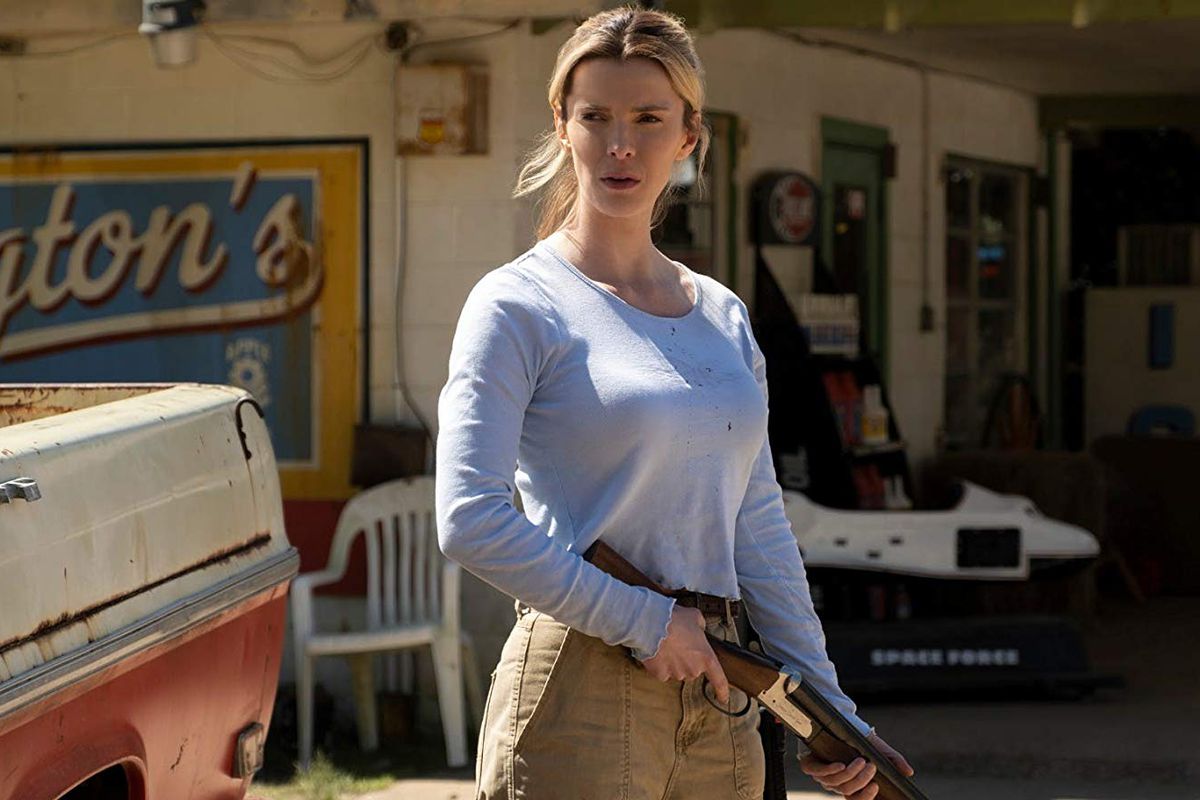 Directed by Craig Zobel, ‘The Hunt’ is a political action thriller. Zobel, along with Damon Lindelof and Nick Cuse, has written the screenplay of the movie. ‘The Hunt’ features Emma Roberts, Justin Hartley and Glenn Howerton in the lead roles. Jim Klock, Charli Slaughter, Ike Barinholtz, and Dean West are the additional cast members.

Reports suggest that the movie follows a group of ‘rednecks’ who are captured and hunted down for fun by a group of wealthy men. However, things turn around when one of the hunted tracks down the hunters, killing them. The plot is expected to explore the clash between the political right and left in contemporary America.

Jason Blum produces the movie for Blumhouse Productions, alongside Lindelof for White Rabbit. Cuse and Zobel also serve as executive producers. The movie’s expected release was scrapped, and the project was shelved after violence in America was attributed to Hollywood movies, thanks to President Trump’s logic. For now, the release date remains unknown. 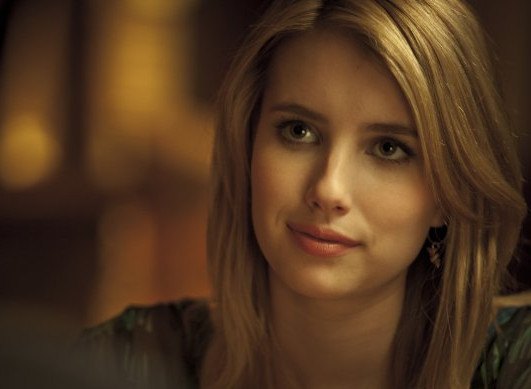 ‘Saurus City’ is an upcoming animated movie directed by Nathan Smith. Emma Roberts joins Dennis Quaid and Ron Perlman to voice the leading characters in the movie. The plot centers on Slade, voiced by Ron Perlman, who is a Raptor Knight and Royal Guard responsible for protecting the Queen of the Kingdom of Dinopolis. But an assassin named Rind, voiced by Dennis Quaid, penetrates his defense and attacks the Queen.

The unfortunate incident puts Slade in a dangerous and embarrassing position. When his sword, which is an emblem of his knighthood, breaks into two pieces in the attack, his stature as the Royal Guard and Knight is questioned by the elites.

After the attack, the Great Dinosaur clans start fighting each other for the throne and end up in doom. But Slade sees this chaos as an opportunity to regain his knighthood and broken image. Emma Roberts voices the new birth mother Sasha who is torn between maternal love and the duties to her motherland. She decides to bring her daughter to the Queen and the King against all odds to save the Kingdom of Dinopolis. The release date of ‘Saurus City’ is not out yet. 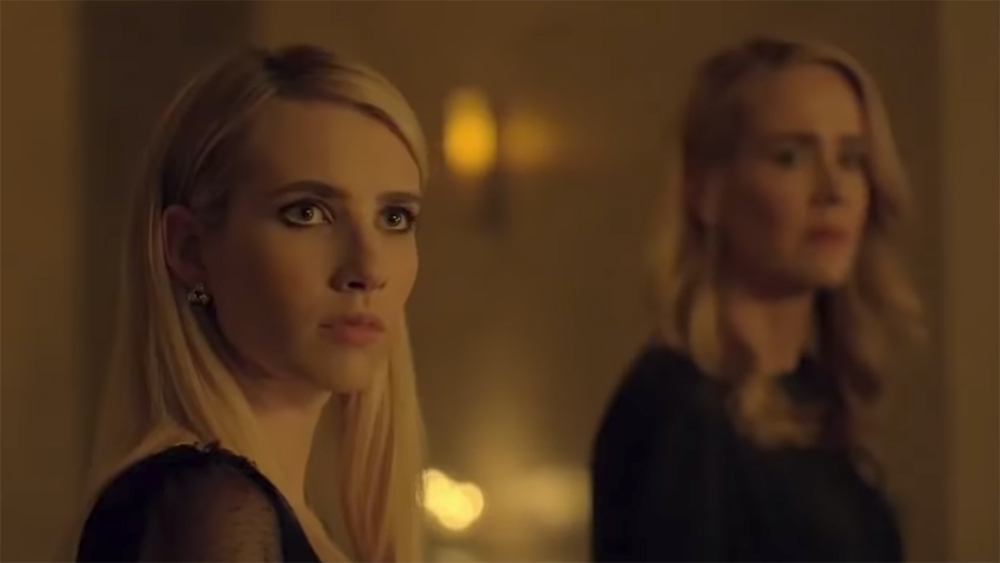 ‘Holidate’ is an upcoming Netflix rom-com produced by McG’s Wonderland Productions. The film is directed by John Whitesell, who is known for ‘Malibu’s Most Wanted’, from a screenplay written by Tiffany Paulsen.

The plot follows Sloane, played by Roberts, and Jackson, two singles who hate the holidays more than anything in the world. But after a chance encounter, they decide to be each other’s sole ‘holidate’ over the course of one year. McG produces the movie along with Mary Viola. ‘Holidate’ is the fifth collaboration between Netflix and Wonderland. The streaming platform has kept the plot and release date of the movie under the blanket. 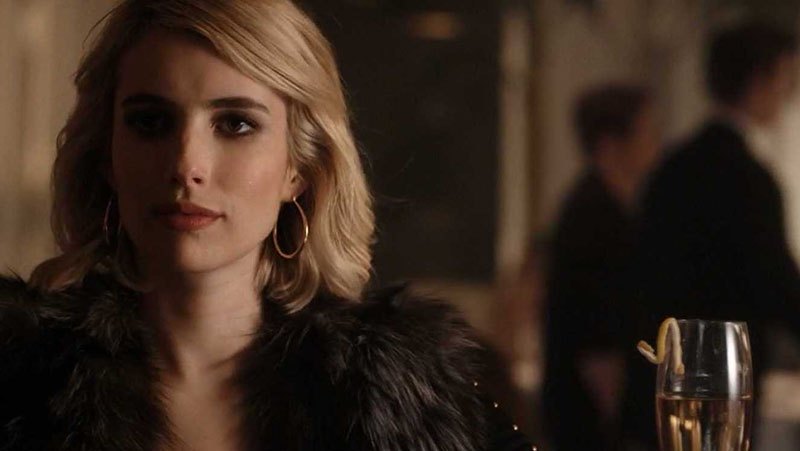 ‘Betches’ is an animated television series based on the Millennial-focused media brand of the same name. Based on the young women’s humor website and popular Instagram account, Rachel Koller has written the script and executive produces the film alongside Betches Media co-founders Samantha Fishbein, Jordana Abraham, and Aleen Kuperman.

The brand is notorious for its portrayal of three millennial women in their 20s in New York. They say their thoughts out loud about the people around them, which are political statements and cultural commentaries at the same time. Emma Roberts voices one of the three women in the show. ‘Betches’ is produced by Bunim-Murray Productions. Gil Goldschein, Carli Haney and Kesila Childers serve as executive producers. 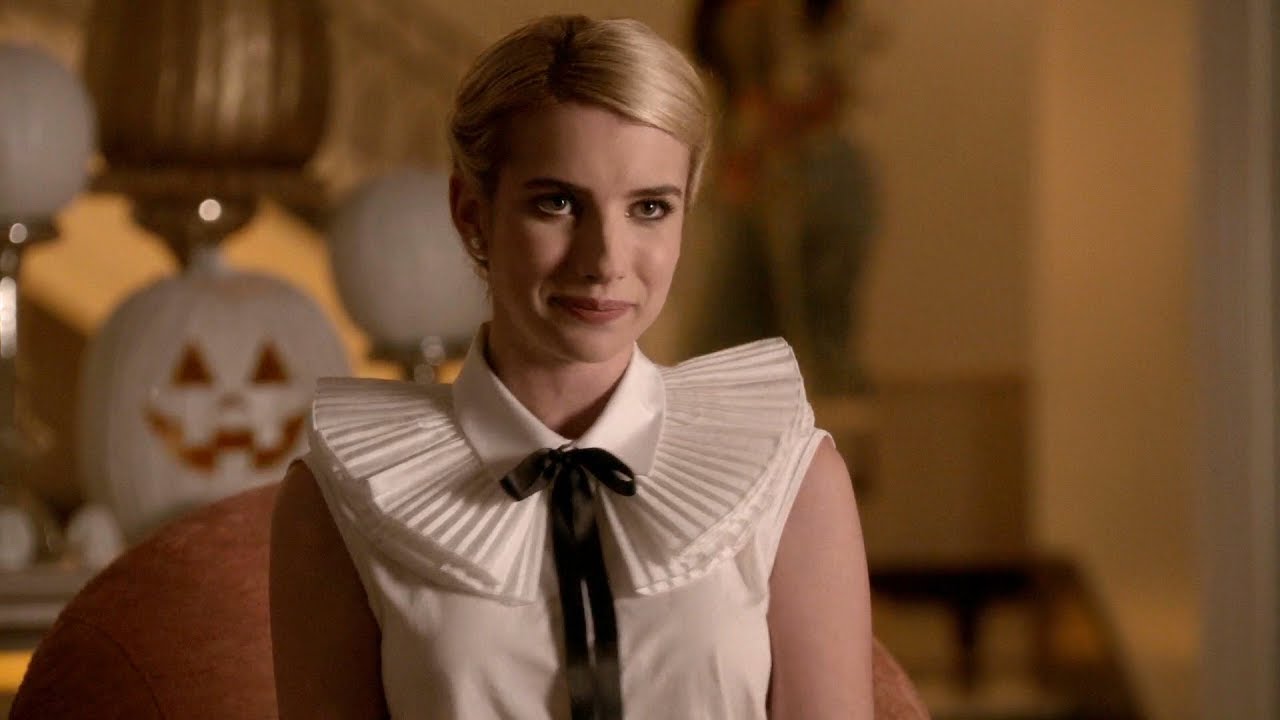 ‘Anya’s Ghost’ is a supernatural comedy based on the award-winning graphic novel by Russian writer and illustrator Vera Brosgol. The movie is directed by Dan Mazer from a screenplay written by Patrick Ness. Jeremy Bolt’s Bolt Pictures and Benedict Carver’s Bullitt Entertainment produce the movie along with EOne.

‘Anya’s Ghost’ follows Anya, a 16-year-old who gets trapped in an underground cave where she frees Emily, played by Roberts, the ghost of a teenage girl who died a century earlier. But the newly found friendship creates more problems for Anya, her family, and friends. 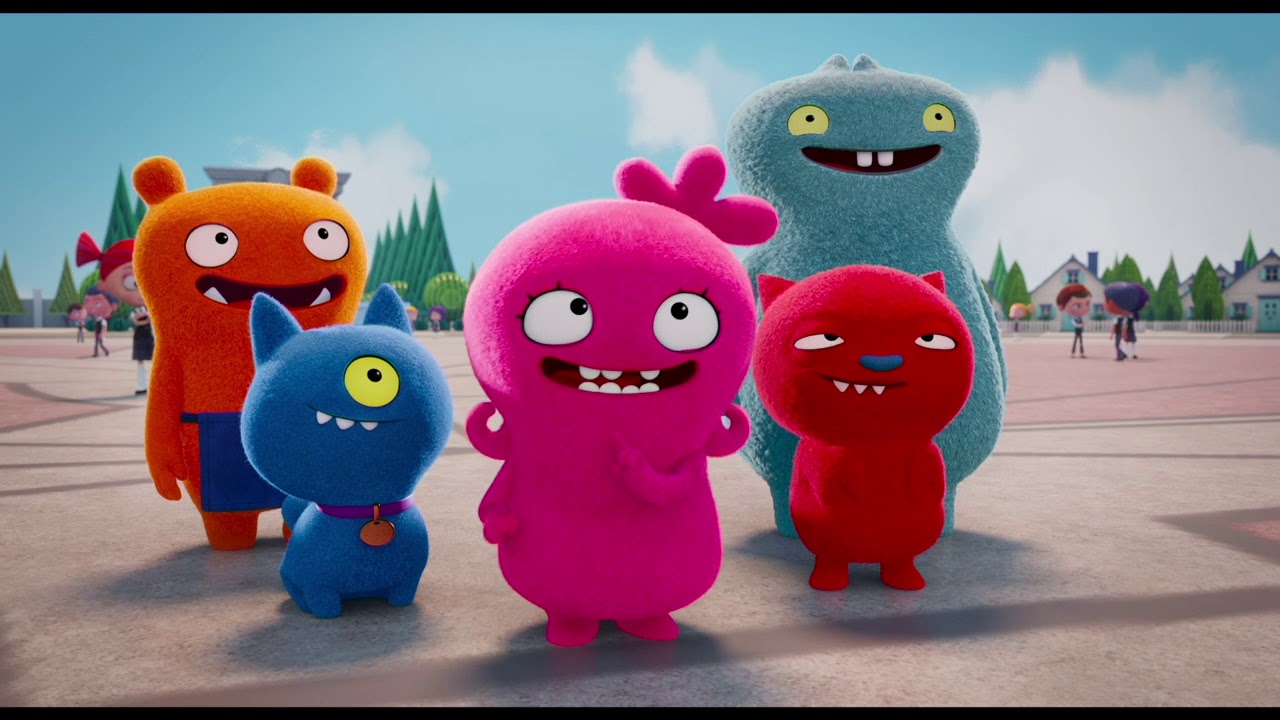 The plot follows Moxy, voiced by Kelly Clarkson, who lives in Uglyville, a town of ‘broken and ugly’ toys rejected by toy stores. Moxy, along with a few friends in the neighborhood, goes to the town of Perfection in search of hope and love. ‘UglyDolls’ is a heartwarming story of the desire to love and be loved. The movie hit theaters on May 3, 2019. 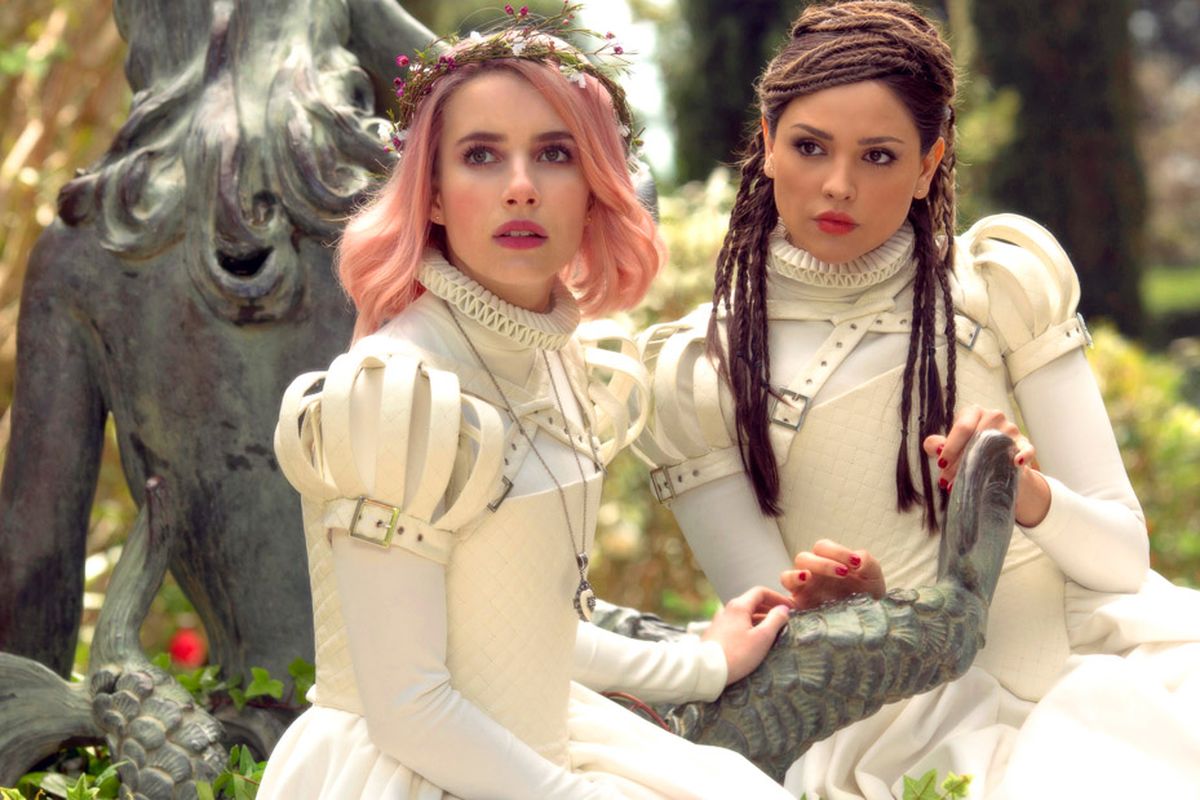 ‘Paradise Hills’ is a fantasy sci-fi thriller that comes from director Alice Waddington. The film effectively taps into our mistrust and fear of secretive institutions, where nothing is as it appears, and something always seems to be going on behind the walls.

If you remember, ‘Shutter Island‘ explores a similar concept from the point of an apparent outsider. However, in this movie, the point of view is very much from the inside, which makes it more terrifying. Whatever the person thinks is going on, might happen to the person. The premise is basically about a young girl, Uma, who wakes up in what seems like an idyllic school.

Everything seems fine, as the school grounds are lovely and the aim of the institution is to reform her and her new friends. However, there is a deep secret that lurks behind this institute, and Uma must get to the bottom of it before it is too late. The film hit theaters on October 25, 2019.