Empire of Sin: Everything We Know 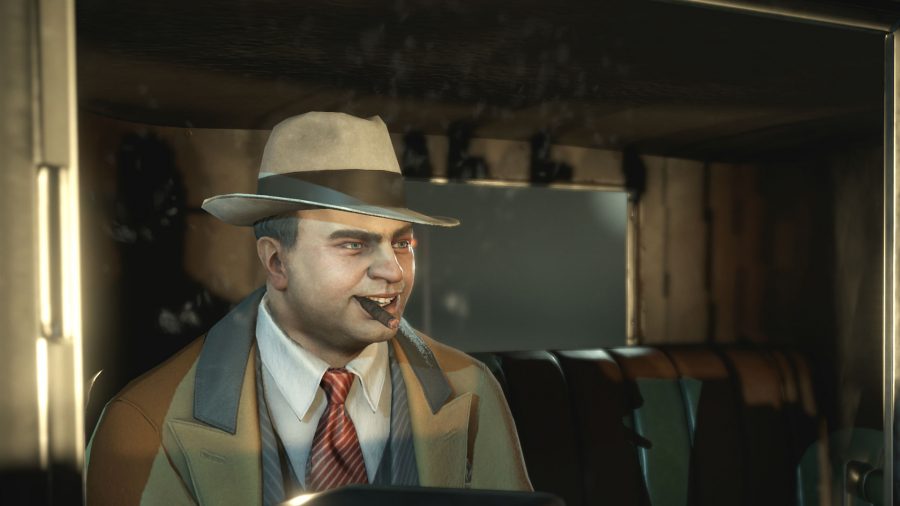 Despite the unsavory nature of the reality of mob life, there is something undeniably captivating about the lifestyle of the American mafia. As a society, it can be said that we are obsessed with the legends of the mafia and this is reflected in our cultural and artistic history, via the popularity of films such as ‘The Godfather’, TV shows such as ‘The Sopranos’ and popular games such as the ‘Mafia’ trilogy.

However, there has been a surprising lack of games featuring a mafia setting for the past few years, with the last high profile game, ‘Mafia III’ receiving no small amount of criticism for being “Mafia” in name only and lacking any semblance of authenticity and immersion.

For those of us hoping for a fresh new take on the idea and the setting, BAFTA-winning video game designer Brenda Romero’s upcoming mafia strategy game ‘Empire of Sin’ might just be the game that scratches that particular itch. Read on to find out everything we know about the newest game that lets you play out your deepest, darkest mafioso fantasies.

Empire of Sin Gameplay: What to Expect?

The setting of ‘Empire of Sin’ is a rather interesting one and not something that has been explored a lot in video games. Instead of being set in New York, like a lot of mafia stories, the game is instead set in 1920s Chicago during the height of the prohibition era.

The manufacture and sale of alcohol are deemed illegal, thus pushing the whole operation underground and into the control of the mafia. You play as an ambitious, up and coming crime boss starting in the year 1920 up to the year 1933 with the sole intent of increasing and consolidating your control over the city of Chicago.

The Steam page for ‘Empire of Sin’ describes the game as follows:
“Empire of Sin, the strategy game from Romero Games and Paradox Interactive, puts you at the heart of the ruthless criminal underworld of 1920s Prohibition-era Chicago. It’s up to you to hustle, charm and intimidate your way to the top of the pile and do whatever it takes to stay there.”

In order to enact out your plans for citywide control, you will need support. This can be achieved by enlisting up to sixteen subordinates from a pool of sixty potential candidates to help you manage your criminal empire which can consist of numerous shady ventures such as casinos, speakeasies, brothels, protection rackets and of course, breweries. As a prospective mafioso, you must protect your “businesses” from rival gangs while simultaneously trying to expand your own influence and control.

The recruitment pool of sixty candidates is shared by all the major crime bosses in the city, and each possesses idiosyncratic traits and personal motivations. This has the potential to create a severely entangled web of grudges, loyalties, motivations, and ambition which can lead to tragedy and betrayals, with the distinct possibility that you might be at the receiving end of some of it.

Character traits affect how your subordinates react to instructions. For example, a trigger happy gangster will often shoot first, ask questions later, even if you instructed them otherwise. Besides traits, character motivations and relationships can also affect behavior; for example, if one of your subordinates is romantically involved with someone from a rival gang, they might betray you one day if push comes to shove.

In terms of gameplay, ‘Empire of Sin’ looks to be a combination of a city management simulation and ‘XCOM’ inspired tactical turn-based combat gameplay. You try to consolidate and expand your territories while dealing with the aggression of rivals.

The more territory you control, the greater the access to funds you have. The game also features a diplomacy system, in case your preferred style of operation is more subtle that a bullet to the skull. You can form short term alliances with key allies in order to take on a common foe.

Empire of Sin Developers: Who Are the People Behind the Game?

‘Empire of Sin’ is being developed by Galway based Irish video game development studio Romero Games. The studio was formed relatively recently in 2015 by Brenda Romero and John Romero. Brenda Romero is a seasoned industry veteran who is best known for her work on the ‘Wizardry’ series of RPGs (Role Playing Games), whereas John has worked on iconic titles such as ‘Doom’, ‘Quake’ and ‘Wolfenstein 3D’. Romero Games is best known for the indie action strategy game ‘Gunman Taco Truck’.

‘Empire of Sin’ is being published by Paradox Interactive.

Empire of Sin Release Date: When and Where Can I Play the Game?

Although there is no specific release date for ‘Empire of Sin’ at this point in time, the Steam page for the game is pointing towards a spring 2020 launch. This means that we can expect the game sometime between March and June.

‘Empire of Sin’ will be available to play on a variety of platforms including PC (Microsoft Windows and Mac OS X), PlayStation 4, Xbox One and Nintendo Switch.

You can watch the gameplay trailer for ‘Empire of Sin’ right here.