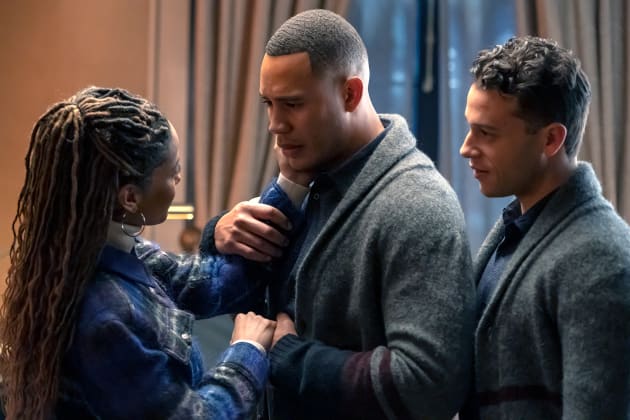 The music industry has always had its own cutthroat competition, which is made evident in ‘Empire‘. Set in New York, the series follows a hip hop mogul, whose business eventually has to be divided among his heirs. This sparks off a series of power plays, which only becomes more complex with time, as every individual vies for an additional edge.

Currently, Season 6 of ‘Empire’ is airing. Naturally, you might be wondering about what goes down in the latest episode. Not only are we here to tell you that, but also walk you through when and where to watch the upcoming episode.

Empire Season 6 Episode 12 Release Date: When Will It Premiere?

‘Empire’ Season 6 Episode 12 is slated to release on Tuesday, March 10, 2020, at 9/8c. Titled “Talk Less”, the episode sees Kingsley trying to get more control, while Lucious attempts to make a record deal for Yana, only to be surprised by the feedback of the executives. Cookie tries to free herself of the memories of the secret she’s kept for so long.

Where to Watch Empire Season 6 Online?

The episode sees Tracy pulling a gun on Lucious and Cookie. She feels that although she gave Lucious everything, he chose Cookie over her, and the plan is to kill to get even. Tracy feels that killing Cookie will force Lucious to be with her while killing Lucious will allow Tracy to be with her child. Naturally, she is deranged, and it is a good thing that Andre comes in and goes for the gun.

Although Tracy gets it back, Cookie shoots her with her own gun before anyone gets hurt. Naturally, she is cleared of any charges but has to go to therapy to deal with her actions. On the other hand, Andre’s hallucinations start to get worse, and even interferes with his work. This could not come at a worse time, as he is trying to focus on the Empire movie.

Moreover, everybody seems too busy to notice that Andre is getting shafted. Jamal is out of the picture, and Hakeem is in a weird place with Tiana. Thus, Andre is forced to go to a therapist, who promises to help out with his condition. However, Andre’s mind is twisted enough that he willingly goes along with the hallucinations where ‘Kingsley’ keeps whispering in his ear.

Lastly, we see Yana showing up, wanting her shot at a singing career, to help her become independent. After all, it was Lucious who encouraged her talents, and now that he is going back to production, he is going to be taking Yana on, as his first client. It remains to be seen how Andre’s mental health affects those around him, in upcoming episodes.