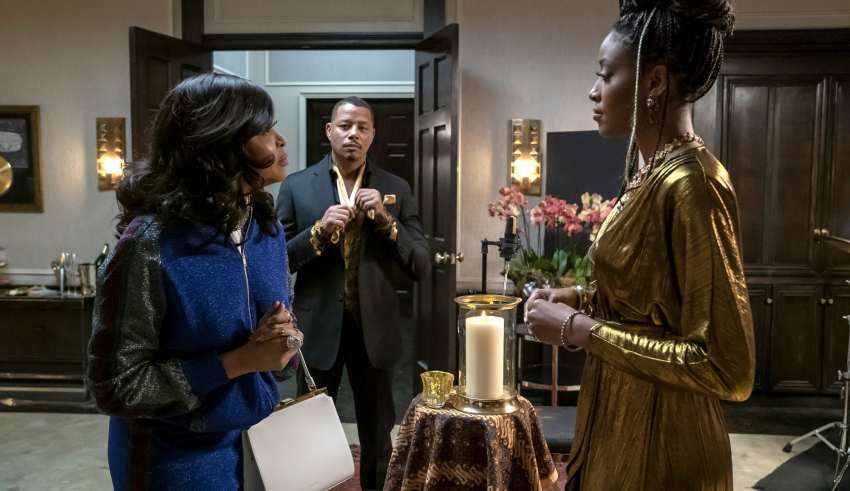 Weddings are supposed to be colorful, cheerful moments right? But naturally, this does not hold true for Empire, where drama is always at the forefront. And this is exactly what ensues in episode 15. Curious to find out what happens in the latest episode? We are here to tell you that and walk you through when and where to watch the upcoming episode.

Empire Season 6 Episode 16 Release Date: When Will It Premiere?

“After witnessing Andre’s breakdown, Cookie and Lucious have him committed to the same treatment facility as Leah (guest star Leslie Uggams) and the guilt Cookie feels from Andre’s situation causes her to wonder how different life would be if she had not gone to prison. Meanwhile, Becky struggles with balancing her personal and professional relationships and Hakeem and Maya find themselves in a less-than-ideal situation after a drunken night in Vegas.”

You can also watch its official promo below:

Episode 15 starts off with Cookie calling her sisters snitches and having a major splat with them. Although Candace tries to explain her point of view, nothing is enough to convince Cookie. Cookie even asks them to avoid coming to her son’s wedding, threatening to beat them up if they do! Well, they decide to skip the much-awaited event.

Andre holds a dinner and invites everyone from the family. We meet Lucious, Cookie, Hakeem, and Teri. At the dinner table, Andre informs everyone that he does not want any drama and scenes during the ceremony. When Cookie raises a toast to the new Empire couple, Teri leaves the table. She is scared and cannot fake it anymore.

On the other hand, Giselle attempts to hide the 20 million dollars given to her by Damon. But Cookie finds out about it and later, questions Giselle — who finally gives in and reveals everything. Cookie is extremely angry and throws Giselle out of the company. She then goes in search of Damon and finds him at his house.

Later, after threatening Damon and shooting him in the leg, Cookie arrives at the wedding. She notices that Teri is nervous and speaks to her. Teri ends up telling her everything. The wedding is called off and Andre is furious. He is so angry that he destroys the whole venue and is almost shot down by Lucious. Of course, Lucious cannot shoot his own son. The episode ends with Andre having a psychotic attack.