When Will Encore! Return on Disney+? 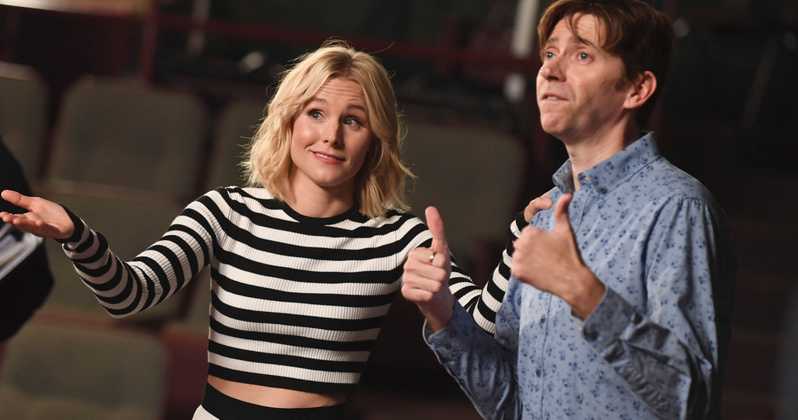 ‘Encore!’ is a reality tv series that had originally premiered as a one-hour special on ABC in December 2017. It follows the stars of a 1997 production of ‘Into the Woods’, where the members of a former high school musical band get together for a performance of a lifetime.

The special received widespread acclaim, after which it was adapted into a full-fledged show to air on Disney Plus. It is yet another addition to the channel’s non-fictional slate that also includes ‘High School Musical: The Musical’. Created by Jason Cohen and executive produced by Cohen alongside Kristen Bell, ‘Encore!’ revolves around a team of ex-castmates of a high school musical, who re-create their original performance in a never-seen-before high school reunion of a lifetime.

But as these individuals come together after many years, the emotions are high. Old flames are ignited and faded friendships resurface. Accompanying the stars is a mix of self-doubt, spectacular visuals, and killer choreography. As these former friends from school band together, seek guidance from Broadway experts and deliver awe-inspiring performance, they relive fond memories that serve as a reminiscence of golden, fan-favorite musicals like ‘The Sound of Music’, ‘Beauty and the Beast’, and ‘Annie’, among others.

With an average critic’s score of 68% and an audience rating of 86% on Rotten Tomatoes, its critical consensus says: “While it at times feels more like a dress rehearsal, Encore! has just enough charm to keep theater lovers in their seats.” Season 1 fared well, especially among fans who are prone to nostalgic moments. Now, with the inaugural season having concluded, viewers want to know about a potential new season. Well, here’s all we know about ‘Encore!’ season 2.

Who’s the host of Encore!?

‘Encore!’ is presented by Kristen Bell, the American actress who came to the limelight after her roles in ‘Spartan’ and ‘Gracie’s Choice’. After starring in ‘Veronica Mars‘, Bell appeared in ‘Reefer Madness: The Movie Musical’ and ‘Heroes’ and served as the narrator for ‘Gossip Girl’.

She then landed another major role in ‘Forgetting Sarah Marshall’, followed by noteworthy performances in ‘Couples Retreat’, ‘When in Rome’, ‘You Again’, ‘Frozen‘, and ‘Ralph Breaks the Internet’. Her notable tv roles include ‘House of Lies’ and ‘The Good Place’.

Since Bell is definitely the major focal point of the show, we expect her to return for season 2 as well.

What is Encore! about?

‘Encore!’ casts people who had performed in musicals from the 1970s to the 2000s. Interested participants get the chance to relive their fond memories by reuniting with old castmates to perform their high school musical one more time. The crew then films the performance within a span of one week after traveling to the hometown of the specific band.

The format followed by the show is pretty simple. Each week, we meet a high school theater group, which reunites and secures a second chance to perform in a musical they had previously done together. The only issue is, they are decades apart from their last day in high school.

‘Encore!’ premieres in Santee, CA, where the featured high school performed ‘Annie’, way back in 1996. Now, after almost 20 years, the members of the band have almost forgotten their roles and it’s after years that they are seeing one another. Which is more difficult? Getting ready for the stage or healing old wounds? Another episode takes us to Saginaw, TX, where a school had performed ‘Beauty and the Beast‘ in 2007. The team gets a surprise visit from Susan Egan, the original Belle who had performed in Broadway.

Season 1 also includes visits to other schools like Hackensack High School, Brookwood High School, Eisenhower High School, Katella High School, and Youth Performing Arts School, among others. The musicals covered during its run are The Sound of Music, Grease, Annie Get Your Gun, Godspell, to mention a few. The season ends with a revival of the famous musical Ragtag.

Across the episodes, we see how the castmates reminisce about old times and get to know each other through a new POV. They reconnect, they talk and bring up issues that were difficult to discuss back then, such as bullying, religion, and sexuality. Additionally, the featured bands are not professionals. But they need to train under-talented choreographers, directors, and musicians.

So it is fun to watch how the pros react to the performances of the newcomers who are usually amateurs. However, the show does not make fun of them. It, in fact, acknowledges the guts of these people to come out of their comfort zone in order to relive a moment in time.

Now, if you are a die-hard fan of theater, you shall definitely enjoy ‘Encore!’. And even if you are not, you will love the show for its human elements and the manner in which reunions heal old wounds.

Encore! Season 2 Release Date: When will it premiere?

Disney has not announced whether the show has been renewed or not for the next season. But the scope is huge. There will be multiple groups who would be willing to relive the fond memories of their high school musicals. Additionally, season 1 managed to garner good reviews from fans. So, there’s a high probability of the series being recommissioned once again. If renewed and if Disney follows its original airing schedule, ‘Encore!’ season 2 should most likely premiere sometime in November 2020.

While we wait for an update on season 2, you can watch the official trailer for season 1 of ‘Encore!’ below: