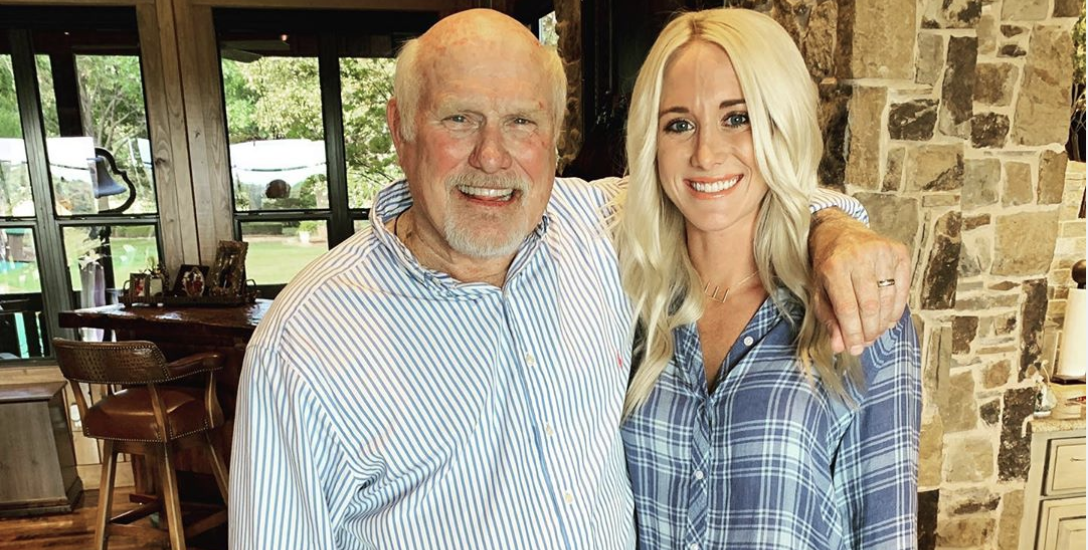 A passionate horse rider and breeder, Erin Bradshaw truly takes after her father, the legendary NFL quarterback, Terry Bradshaw. She is the youngest of his daughters and dotes on him from the depth of her heart. The multiple APHA champion recently turned into a reality TV star after being cast in a comedy docuseries ‘The Bradshaw Bunch,’ which offers a sneak-peak into her family life and their lifestyle in rural Oklahoma. Erin is highly successful on the work front but has never let it outweigh the peace and happiness that her relationships bring her. Here is everything we know about Erin Bradshaw – the champ Equestrian, daughter, sister, and wife!

Erin grew up on the Bradshaw ranch in Westlake, Texas, with her father, step-mom, and two sisters. She remembers spending her childhood and adolescent years in the barn. Triggered by her profound love for horses, the energetic girl would quickly finish her homework right after returning home from school to spend time with her favorite creatures in the world. In her early years, Erin studied fashion marketing at the University of North Texas. But eventually, she followed her passion and turned it into an advantageous career as an APHA and AQHA exhibitor.

Ms. Bradshaw is the younger of the two daughters begotten by Charla Hopkins after she married the sports mega-star, Terry Bradshaw. They separated after 13 years of companionship, after which Erin saw her father struggling, mentally and physically. But Terry promised his precious children a healthy and stable home, and he fulfilled it by marrying Tammy Alice. Their stepmother has brought to the Bradshaw household peace and unity.

We did it! It will air in June! #FamilyFeud

Erin has always been really close to her extended family, including her step-mother, Tammy, and daughter, Lacey. The three blonde siblings often pose together at various occasions like Christmas, New Year’s Eve, and social events. Her elder sister, Rachel, and her biological mother is a piece of her heart, and she cherishes their presence in her life.

Erin Bradshaw started dating Scott Weiss years before she got engaged to him. His first appearance on her Instagram account was on September 12, 2012. They share an undying love for horses and feel deeply connected to them since they got acquainted. He is the owner of Scott Weiss Show Horses, a company that produces 10 to 15 foals each year, harbored and trained into world-class horses.

Dirty #30 with my love and family! Cannot wait for Fort Worth tomorrow!

After sharing a million memories of trips and family get-togethers, Scott popped the question to his gorgeous girlfriend on April 6, 2016. She gleefully announced to the world that she was soon going to get married to her best friend! On May 6, 2016, the beautiful couple tied the knot at the Milestone Barn, Aubrey, Texas. They have been happily married for over three years now. Their wedding was a private affair, but its celebration was a grand bash, attended by prominent figures from the horse business. The bride looked flawless in a BERTA gown while the groom wore a classic navy blue suit with a dashing pastel blue tie for the occasion.

Happy Anniversary Baby!!! I wouldn’t want to do life with anyone else, thank you for finding me and loving me the way you do! I love you so much! 🖤

The couple went to Mexico for their honeymoon. It is no news that Erin, with years of experience in the same industry, keeps herself occupied with her husband’s growing business. The couple does not have children of their own. Yet, they are proud pet parents to Chuck Weiss – a dog, and John Simon – a horse. She frequently posts adorable pictures with her APHA stallion, which has won accolades for the family and is a Reserve World Champion.

It doesn’t get much better than this! John and two of his babies both bred and raised by us coming home with three Color World Series Champions, three NSBA Champions, a saddle and over $8,000 in winnings! Now THAT’S a breeding sire! The proof is in the babies y’all! There’s no APHA stallion on the market doing what he is, John you have blessed us and we love you so much! You just keep doing you! 🖤 #JohnSimon #TheKing

Read More: The Bradshaw Bunch: Everything We Know