Where Is Ethan Gilman’s Family Now? 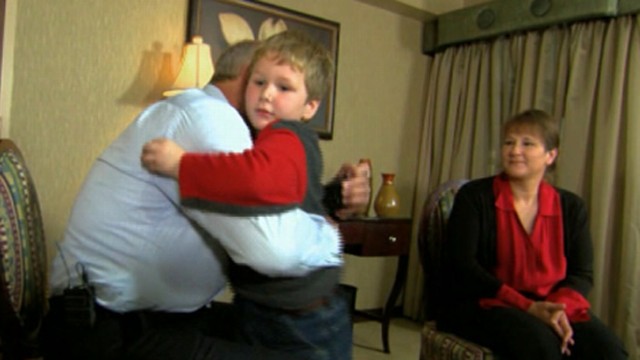 In CBS’ ‘The FBI Declassified: Saving Ethan,’ FBI Agents and analysts open up about the 2013 case where they had to race against the clock to successfully rescue Ethan Gilman, a 5-year-old boy, who had been kidnapped from his school bus and was being held hostage in an underground bunker by an armed 65-year-old Navy veteran, Jimmy Lee Dykes. With in-depth interviews, never before seen footage, and narration, we get an unprecedented look into every detail of this case and see how the authorities gave a little boy in rural Alabama his freedom back. Among all this is Ethan’s family, who was, in a stranger turn of events, kept updated by the perpetrator himself.

Who Is Ethan Gilman’s Family?

Ethan Gilman’s known biological family is his mother, Jennifer Kirkland, and his elder brother, Camren Kirkland. Unfortunately, no information about his father is known. When Ethan was just an infant, even before the incident, he was in the foster system for roughly a year as his mother struggled with severe substance abuse. But later on, Jennifer proved to the Alabama Department of Human Resources that she had made improvements and gained the custody of her child back.

For about two years, she took care of him and gave him everything that he needed, but then he was abducted, and her life changed all over again. Ethan was in that bunker for six days before the FBI raided it to rescue him. The subsequent standoff ended with Ethan’s captor dying. In the aftermath of it all, just after Ethan’s sixth birthday, he and Jennifer appeared on ‘Dr. Phil’ to talk about their ordeal. There, she revealed that although Jimmy had taken good care of her son, Ethan knew that something terrible and violent had happened.

After all, he did witness the gunshots that killed his school bus driver, and the ones that were fired during his rescue. “He has said a few things [about what happened and] I know he has had a very hard time sleeping soundly,” she said. “He is tossing and turning, slinging his arms around, and he has cried out a few times.” She also revealed that she forgave Jimmy for his actions. Camren, Ethan’s adult brother, on the other hand, spoke to ABC News to admit that Jimmy used to text them about Ethan’s well-being.

Where Is Ethan Gilman’s Family Now?

Out of all the pics, this is the real us. Love them! The look on John's face is killing me!! 😂😂

Soon after Ethan’s abduction and rescue, the Human Resources Department got involved with Ethan’s case once again, placing him in the care of his brother for a couple of years, before he was taken in by the Turner family, who eventually adopted him in early 2016. The only reason Ethan couldn’t permanently stay with his brother was because of the financial stability and the young age factor.

Today, from what we can tell, Jennifer – the Orlando, Florida, native – resides in Dothan, Alabama, and Camren lives a good life in Columbia, Alabama. For all intents and purposes, currently, Ethan’s parents are Nicci Turner (Winter Nichole Tucker) and Brandon L. Turner, a pastor at Judson Baptist Church in Abbeville, Alabama. And, it seems like Ethan is content with his new family and life. (Featured Image Credit: Dr. Phil)