Are Evelyn and David From 90 Day Fiance Still Together? 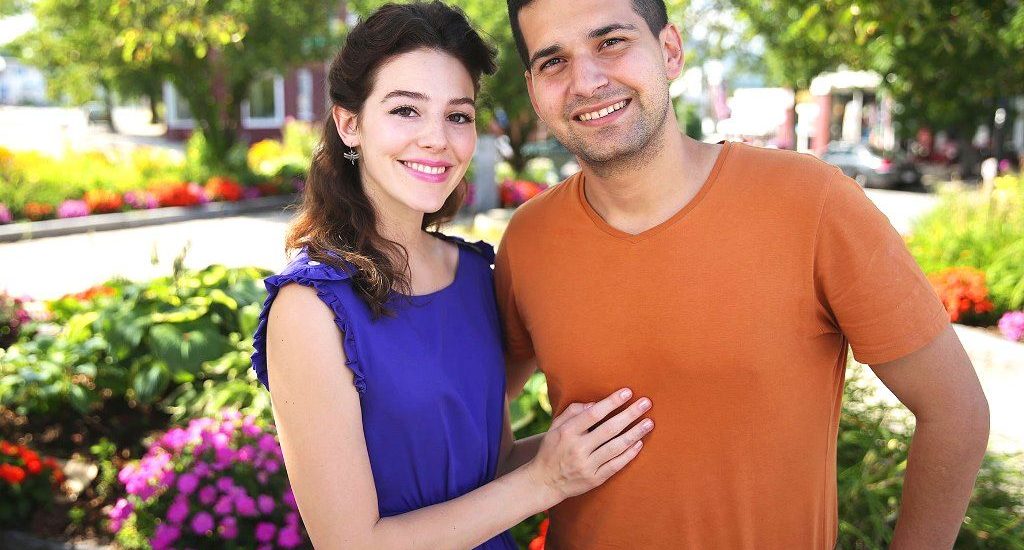 With ‘90 Day Fiance’ being one of the most popular reality TV series, it is only natural that the couples who have been featured on the show are remembered for quite a while. Evelyn Cormier and David Vázquez Zermeño from season 5 of the TLC original are one such couple. Evelyn from Claremont, New Hampshire, and David from Granada, Spain, both come from religious Christian families who first met via Facebook after David saw Evelyn’s band’s page. After establishing a connection with each other and having a long-distance relationship, David asked for her hand in marriage.

Thus, the couple began their journey to have David come to the U.S. so that they could get married and start their life together. You might be wondering what happened to this couple after their season ended or what they are doing now. Well, we have the answers for you.

Are Evelyn and David Still Together?

Yes, they are! Evelyn and David tied the knot on October 21, 2017, during their time on ‘90 Day Fiance‘ and are still happily married to each other. Even though David preferred living in a big city, the couple initially lived in Evelyn’s home town in Claremont, New Hampshire. But, they made the move to Los Angeles back in September of 2019 so that they could both pursue their careers.

Happy Valentine’s Day babe! Love walking by your side in life.

There had been rumors of their split recently when people noticed that Evelyn wasn’t wearing her wedding ring in some pictures and hadn’t posted about David for a while on her Instagram page. However, Evelyn quickly shut down these rumors by posting a video in which she stated: “David is a very private person and I just try to respect that. My page is mostly for my music or whatever.”

She also addressed the situation with her not wearing her wedding ring by saying: “I do a lot of modeling, so I’m in the water, on the beach, I’m wherever, in the woods. And it looks out of place.” She also stated that she doesn’t want to lose the ring and ended the video with “I’m still married. We still good. We’re going strong.” You can watch the whole thing below:

And David’s Absence From Her Social Media

From time to time, the couple does post adorable photographs of their life together and the different places they have traveled to on their respective Instagram pages. According to David’s profile, he has visited 32 different countries and 40 of the 50 states in the U.S., a lot of which were with Evelyn. The couple also spent their first wedding anniversary in Ireland. You can check out a few such posts of theirs below:

In Ireland 🇮🇪 celebrating 1 year married to this babe today!

With Evelyn being a singer-songwriter and David being a real estate agent, the couple works hard to make their marriage work. Evelyn was even was a contestant in season seventeenth of ‘American Idol‘ where she made the Top 14. Judge Katy Perry even complimented Evelyn after her audition, saying that her voice was “one of my favorite voices I’ve ever heard in my life.”

David has shown his support for his wife and her career by posting a few images of her time in ‘American Idol’ and a clip of the above mentioned with the caption: “@evelyncormier. She is going to Hollywood! @katyperry @lionelrichie @lukebryan #hatersgonnahate”

Although the couple has a nine-year age difference, they have beaten all odds and are continuing to do so, just to be with one another. Evelyn and David are proof that with love and hard work, an international couple can overcome the long-distance obstacle for good.

Read More: Are Rachel and Jon from 90 Day Fiance Still Together?