Everspace 2: Everything We Know 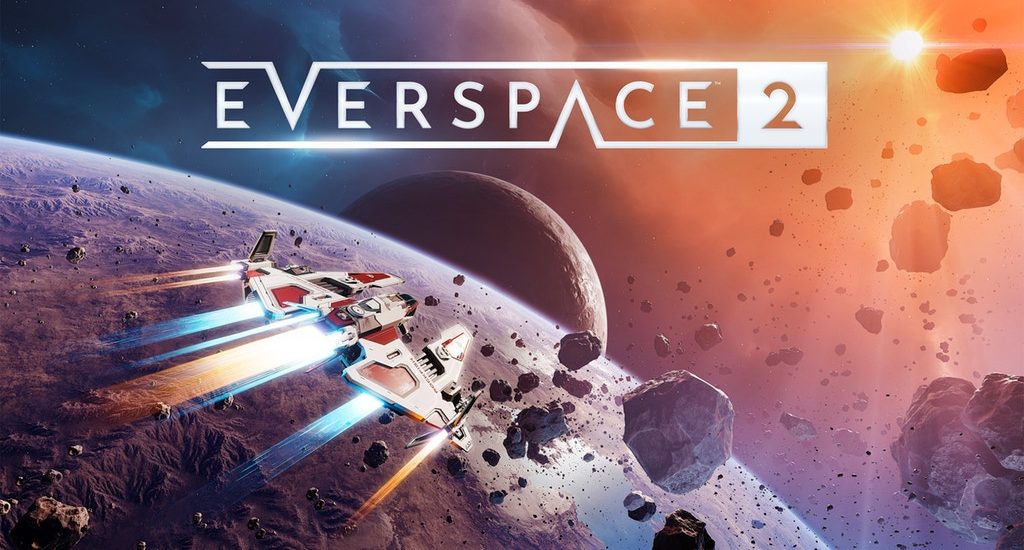 Science Fiction space First Person Shooters are in vogue these days, with games like the ‘Outer Worlds’ and the upcoming ‘Journey to the Savage Planet’. Now, another one from 2016 titled ‘Everspace’ is getting a complete makeover, with entirely new gameplay mechanics and an RPG-esque new storyline for its upcoming sequel, ‘Everspace 2’. Read on to find out everything we know about the Open World RPG space shooter ‘Everspace 2’.

The original ‘Everspace’ first released in 2016 for PC, PlayStation 4, Xbox One and Nintendo Switch by Rockfish Games. It was a First Person Shooter set in space with Roguelike elements. This meant that a lot of the gameplay is based on trial and error and that the player is expected to die a few times. You can upgrade their ship throughout each playthrough with new weapons and shielding. The storyline itself was non linear and supplemented by side quests with Non Playable Characters (NPCs).

The original ‘Everspace’ was fairly well received, despite being a smaller game with a largely limited scope. It was initially funded on the crowdfunding platform Kickstarter.

What Can We Expect From Everspace 2?

In ‘Everspace 2’, your ship serves as your main character. This time around, instead of a Roguelike progression system where you lose your character and upgrades every time you die, ‘Everspace 2’ will focus on a large Open World with a cohesive, captivating storyline. There is a persistent progression system present in the game that borrows heavily from Role Playing Games (RPGs).

The Steam page for ‘Everspace 2’ describes it as follows: “EVERSPACE™ 2 is a fast-paced single-player space shooter with deep exploration, tons of loot and classic RPG elements. Experience a thrilling story set in a vivid, handcrafted open-world full of secrets and perils on your journey to become human after all. In the campaign, you will make some friends with their own story to tell. They will join you on side missions and provide certain benefits in the endgame, where vicious encounters and brutal challenges will stand between you and that next epic loot drop.”

The game is presented from a First Person perspective and is set in outer space. The game will feature various ship classes (three in total) and subclasses and a progression system based on perks and skills. You can equip your ship with a wide variety of weapons and loot that you collect from deceased enemies. This time around ‘Everspace 2’ also features better gamepad and flight stick support given its heightened focus on space flight.

The galaxy is ‘Everspace 2’ is partially handcrafted, and partially generated procedurally for a nice middle ground between quality and quantity for exploration. You will navigate the galaxy using the game’s flying system, which is very snappy and arcade-ey, although the game does provide an optional Newtonian Physics option which should provide for a much more authentic space flight simulation reminiscent of games like ‘Elite Dangerous’. While flying around, you will frequently engage in Dogfights with enemy Non Playable Characters (NPCs) and also chance upon mysterious space stations and monstrous Capital ships that can be sabotaged and blown up from the inside. Occasionally, you will even run into some aliens.

Despite the sweeping changes, ‘Everspace 2’ will retain the fast paced action and vibrant cosmic vistas of the first game. Rockfish Studios CEO Michael Schade has spoken of his desire to make sure that their new game retains the straight to business attitude of ‘Everspace’ and is not bogged down by obtrusive exposition and stilted setup. All in all, ‘Everspace 2’ will take players anywhere between 20 – 30 hours to complete including the side quests.

The developers have confirmed that ‘Everspace 2’ will have no multiplayer mode whatsoever. It will be an exclusively single player experience.

Everspace 2 Developers: Who Are The People Behind It?

‘Everspace 2’ is being developed and published by Hamburg based German video game developer Rockfish Games. Rockfish was formed from the ashes of Fishlab Games, a mobile developer that went bankrupt a short while ago. They are working in collaboration with Streamline Studios on ‘Everspace 2’.

Despite using Unreal Engine 4, the game will not be an Epic Store exclusive. Instead, it will first launch on Steam Access, which will be a vital part of the game’s development process. The developers chose to go the Kickstarter route once again, primarily to get the community involved in the development process as a valuable feedback resource. The Kickstarter campaign ended early in November and was a resounding success, managing to reach its target goal before the deadline.

Everspace 2 Release Date: When And Where Can I Play It?

‘Everspace 2’ will hit Early Access on the Steam platform on PC sometime in the second half of 2020, with a full release expected sometime later sometime in July 2021 or later. At the time of launch, the game will be playable on PC, macOS, Linux and the current generation PlayStation 4 and Xbox One consoles.

You can watch the trailer for ‘Everspace 2’ right here: