Every Member of ‘Suicide Squad’, Explained

The release of ‘Suicide Squad’ is heavily anticipated by fans from around the globe. One of the reasons of their excitement is that for the first time supervillains — and not the superheroes — are in focus and are central characters of the film. Any comic book fan will know that it is the villains who make superhero movies interesting and entertaining. A boring villain will likely mean a boring superhero film. That’s primarily why ‘The Dark Knight’ turned out so good: because of a super fun villain in the form of Joker. Well, luckily, Joker is also one of the members of the “Suicide Squad”. So why don’t we start our introductions of all the members of suicide squad with him. 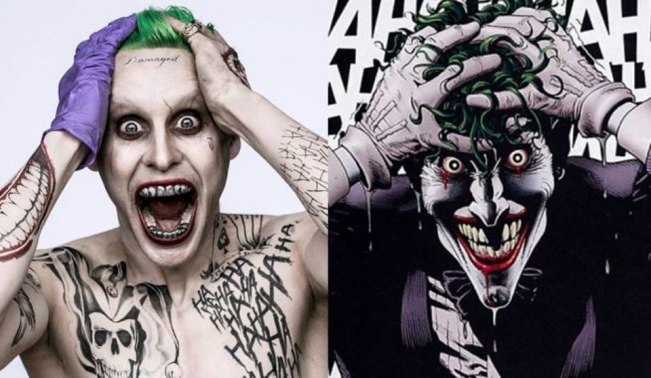 Does he need any introduction? A psychopathic supervillain. A criminal mastermind with a warped, sadistic sense of humor. The Joker possesses no superhuman abilities, instead using his expertise in chemical engineering to develop poisonous or lethal concoctions, and thematic weaponry, including razor-tipped playing cards, deadly joy buzzers, and acid-spraying lapel flowers. Jared Leto who plays Joker in the film described his role as “nearly Shakespearean” and a “beautiful disaster of a character”. 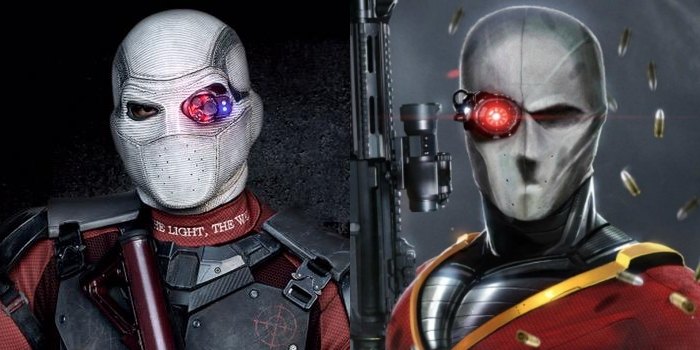 An expert marksman and assassin. A mercenary by day and a concerned father by night, Deadshot is a conflicted criminal who enjoys the hunt, but is still trying to do right by his young daughter. Deadshot is often a hired assassin, regularly boasting to “never miss.” He is capable of using a large variety of weapons, but is most frequently portrayed as using a pair of silenced, wrist-mounted guns. Will Smith plays Deadshot in the film. 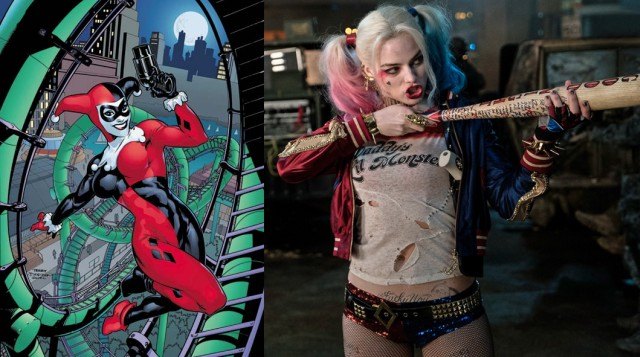 A crazed supervillain and former psychiatrist, Harley Quinn, is the Joker’s frequent accomplice and lover. Her origin story relates that she met the Joker while working as a psychiatrist at Arkham Asylum, where the Joker was a patient. She also has immunity to poisons and toxins. Margot Robbie, who plays Quinn in the film, described the character as one of the Squad’s most manipulative members, and her relationship with Joker as “incredibly dysfunctional. 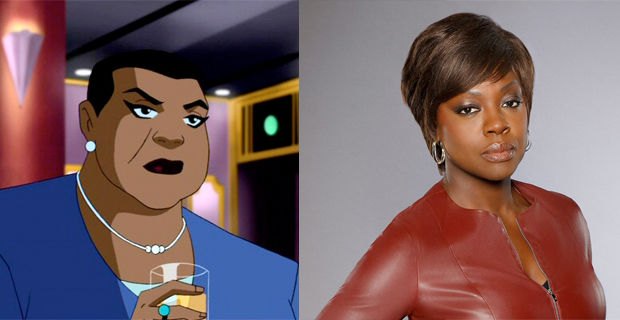 The government official who gives out the Squad’s orders. Waller is a ruthless, high-ranking government official who uses intelligence, guile, and sheer intimidation to achieve her aims, often in the name of national security. Ambitious and devious, she has big plans and intends to let no metahuman or military protocol get in her way. Viola Davis, who plays her in the film, described her as “powerful black woman, hard, ready to pick up a gun and shoot anyone at will.” 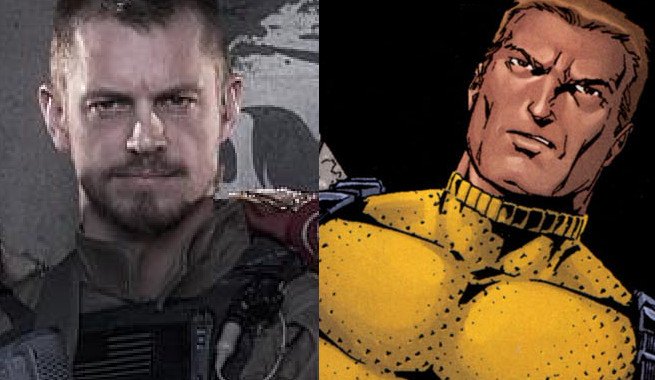 Rick Flag is the name of three fictional characters in the DC Comics universe. They are father, son, and grandson. In the film, though, it is the second generation Rick Flag who is shown as a member of Suicide Squad. The all-business field leader of the Suicide Squad, who executes Amanda Waller’s orders but does not always agree with her goals or methods. Joel Kinnaman plays him in the film. 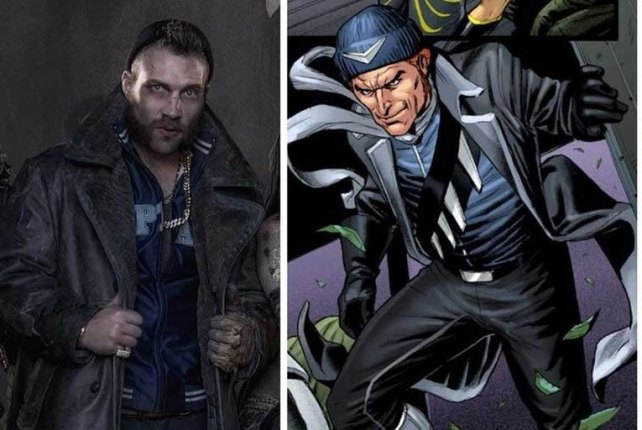 Secretly the illegitimate son of an American soldier and an Australian woman, Harkness (birth name) was raised in an Australian town called Korumburra in poverty, during which time he developed great skill in making boomerangs, and in using them as weapons. As a young adult, he was hired as a performer and boomerang promoter by a toy company which was, unbeknownst to him, owned by his biological father. It was at this time that he developed the Captain Boomerang persona that he would continue to use in his later as an assassin who utilizes deadly boomerangs to commit crime. 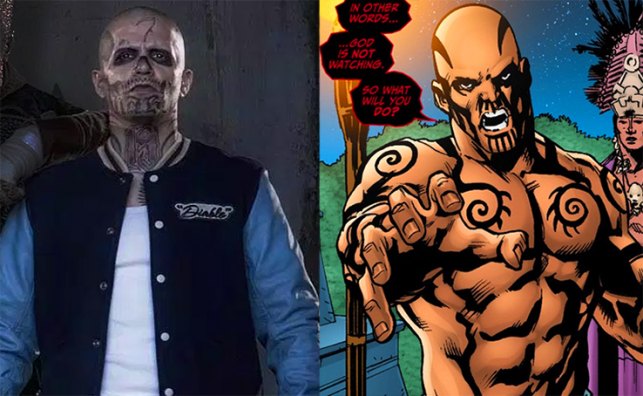 A former Los Angeles gang member who has powers that allow him to summon flames.[11] He has squelched his fire-conjuring powers to a solitary flame as penance for the horrors he inflicted on those he’s loved. Jay Hernandez, who plays him in the film, described his character as someone who wants to set apart from his teammates as he “just wants to stay out of the fight”. 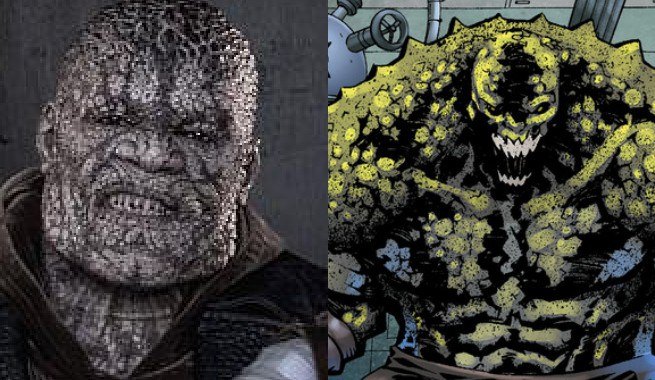 A cannibal with rage issues. A supervillain who suffers from a skin condition that causes him to develop reptilian features. A ruthless criminal who wants to become the crime kingpin of Gotham City, Croc has several extraordinary physical abilities relating to his endurance, speed, and strength, making him able to lift up to two tons. 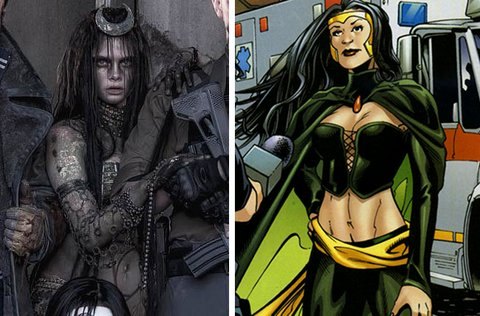 Enchantress is a powerful sorceress. She appears to possess the ability to manipulate magical energy for any number of effects, from healing to teleportation, and can directly affect any non-living objects with her magic. She can also walk through walls. A unique aspect of her power is her sensitivity to magic. 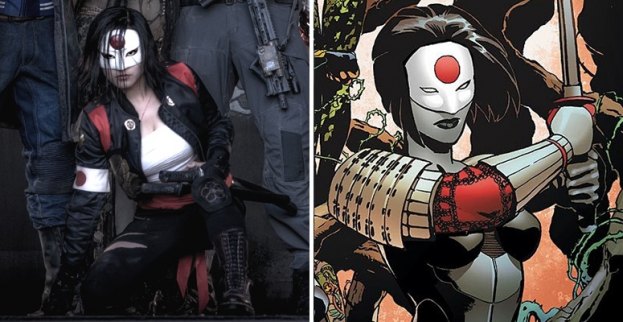 Katana is a highly proficient hand-to-hand combatant and swordswoman, having studied martial arts as a child and later being trained by the samurai Tadashi. Katana’s Soultaker sword, along with its non-powered twin, was forged in the 14th century by Muramasa, whose swords were said to be cursed and make those who were evil commit evil acts.