Everything We Know About Benjamin Bradley aka “Mr. Christmas”

Benjamin Bradley is an interior designer and a Christmas enthusiast who lives to bestow magical festive makeovers to the families. The world was introduced to this warm-hearted giver in the Netflix original series, ‘Holiday Home Makeover with Mr. Christmas,’ which premiered on November 18, 2020. After the viewers saw Benjamin’s awe-inspiring persona and deep-seated love of the most loved festival, they instantly became his fans. The love he has been receiving worldwide intrigued us to know more about him, and here is everything we found out!

Benjamin W. Bradley originally hails from Southern Indiana, where he grew up in peaceful but somewhat solitary surroundings. In the early ‘90s, he moved to New York City to pursue his bachelor’s degree at the Fashion Institute of Technology. He completed his BA honors from Purdue University. The Boonville-native often reminisces about his childhood years during which he would drag a dead Christmas tree into the house with an intention to decorate it from scratch. 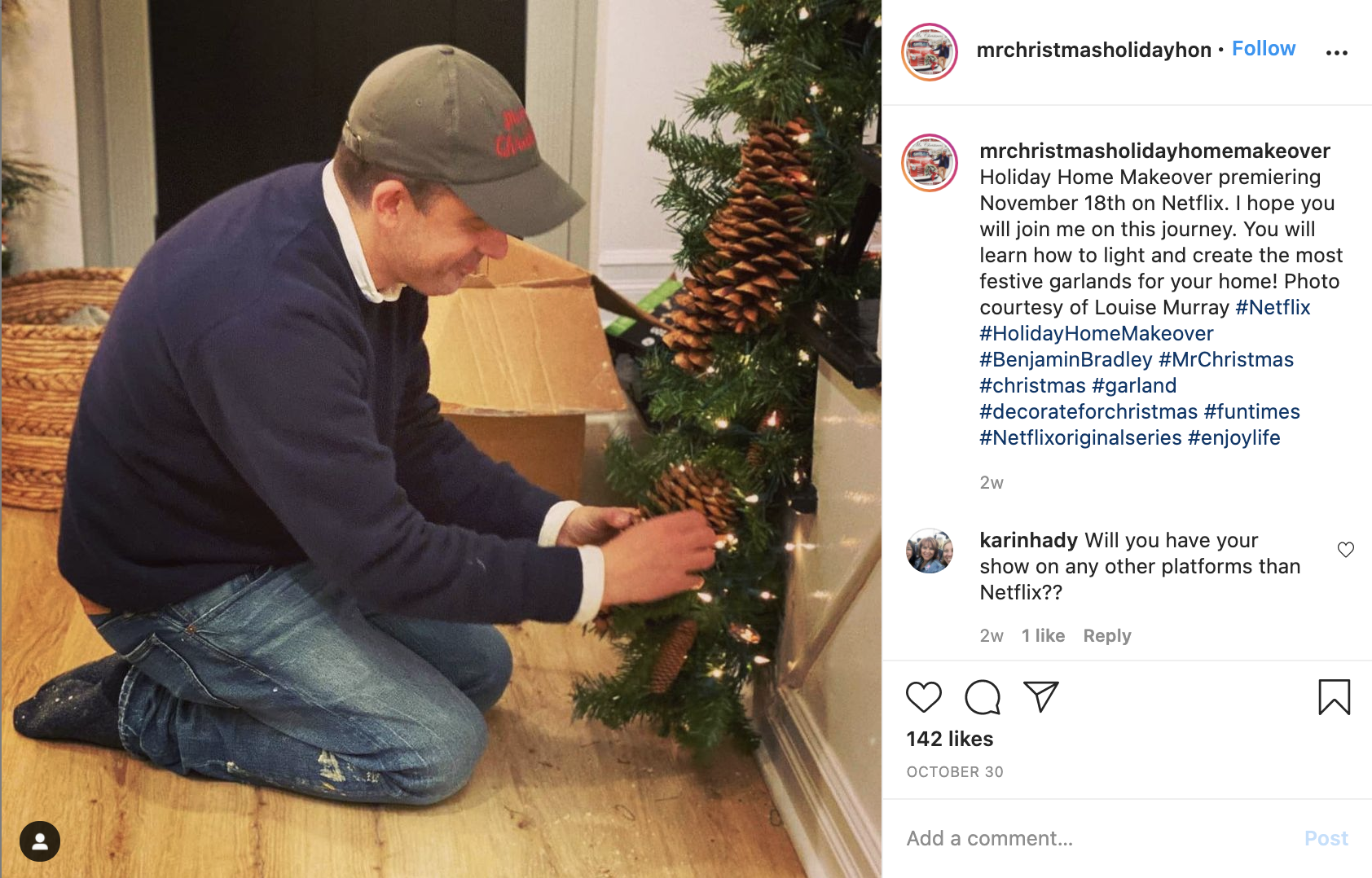 While Benjamin moved to the city with big dreams around 27 years ago, his family – including his parents and two sisters – has chosen the quiet life in their hometown and Evansville. During his teen years, Benjamin realized the charm of Christmas, and he was completely smitten by it. The point of motivation was a cylindrical-shaped gift from his mother, which delighted him beyond measure.

On unwrapping the present, he found out that it was an extraordinary lamp decorated with Santa and his sleigh. The then-young boy was amazed to see the heat from the bulb setting the image inside it to spin and thought “magic” had something to do with it. Only years later did he realize that it was, in fact, a rare Econolite motion lamp. Nonetheless, the thrill and enigma never left his veins. 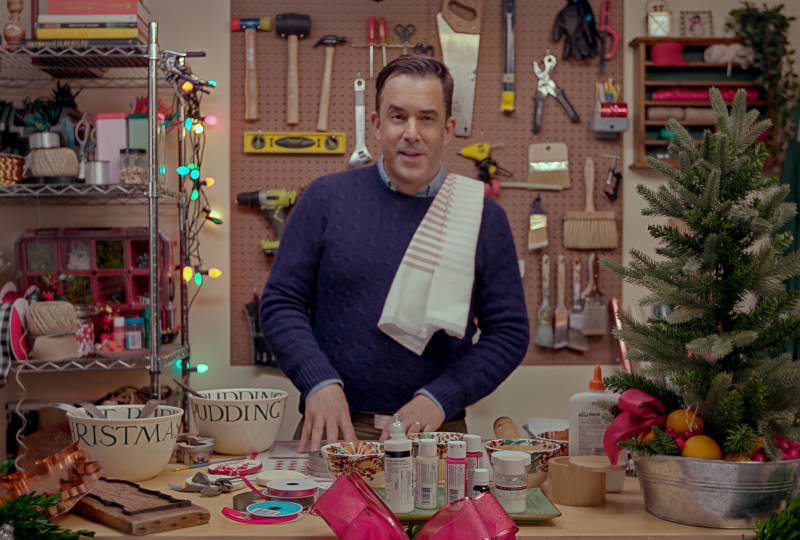 As is apparent from his Netflix special, ‘Holiday Home Makeover with Mr. Christmas,’ Benjamin Bradley goes around showering his special gifts closely following the style of Saint Nicholas, aka Santa Claus. His chance introduction to Margaret and Kenn Whitmyer’s book titled ‘Christmas Collectibles’ changed the course of his life. The amazing world drawn in the book threw light on the significance of everything Christmassy article he had collected so far or dreamed of owning in the near future.

His impressive collection includes German imports, Dresden ornaments, Santa-themed jars, and candy dishes, to name a few. Benjamin’s passion for Christmas decorations led the seasoned designer to provide a few lucky families with an extravagant and merry holiday home makeover. Mr. Christmas is also obsessed with his adorable dog, Ebenezer, whom he fondly shares with his partner.

The Big Apple not only made Benjamin Bradley’s dreams come true but also crossed his path with the love of his life, Bruce Wayne. Not much is known about his relationship with the celebrity makeup artist but the couple had moved to New York in the 90s. Famous for his expertise in aesthetic detailing and drop-dead gorgeous interior designing, Benjamin has been leading a successful career. He is lucky enough to enjoy a happy home life with his partner with whom he shares his antique-filled apartment in the city.

Read More: What is Benjamin Bradley’s Net Worth?