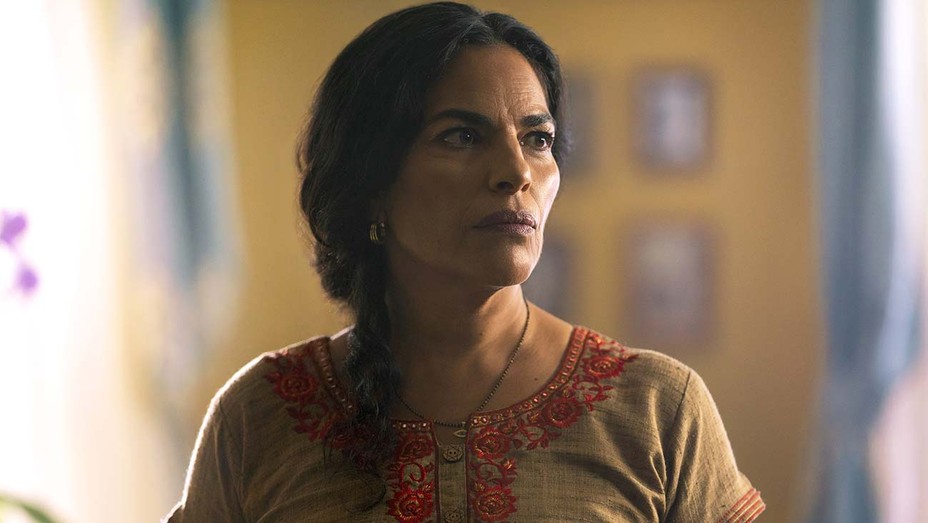 Usha Khatri is obsessed with finding the perfect groom for her daughter, Pallavi. The daughter finds love on her own accord in Sandeep, a successful businessman she meets at a coffee shop. But Usha soon realizes that all is not as it seems, and some sinister secrets from her past may just see the light of the day once again. Starring Sarita Choudhury, Sunita Mani, and Omar Maskati, ‘Evil Eye’ is a thriller that treads a fine line between spirituality and reincarnation. If you’re curious as to what the ending is all about, then this article is for you. (SPOILERS AHEAD!)

After raising their daughter, Pallavi, in the United States, Usha Khatri and her husband move back to New Delhi for his work. Her daughter is 29 and unmarried, and being a traditional mother in that aspect, Usha feels as though Pallavi may just be cursed. Due to an abusive relationship in her own past, the mother wants to ensure that her daughter finds the right man. But Pallavi is just taking things one day at a time and is least bothered about getting married. 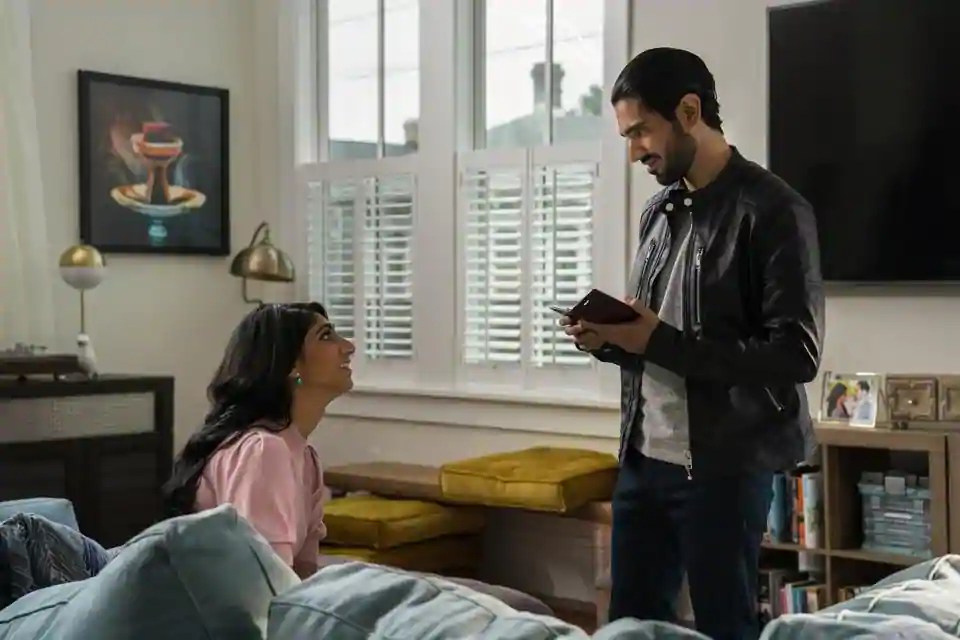 One day, while waiting for a boy her mother wants her to meet at a coffee shop, Pallavi runs into the charming and impressive Sandeep. Without even looking for it, she has finally found love. Everything seems absolutely perfect – he gets along with all her friends, helps her rent an upscale apartment, and pursue her dream of writing again.

But Usha is not too happy about this, as she feels that Pallavi is losing her independence. Also, the mother truly believes that Sandeep is a reincarnation of an ex-boyfriend who tried to kill her when she was pregnant with Pallavi. The rest of the movie explores whether Usha is worrying about something that doesn’t exist in the first place.

When Usha starts having regular migraines and becomes a more withdrawn person, her husband reminds her that Rakesh, the ex, is dead. After all, to save herself and her unborn daughter, Usha had thrown him off the bridge that fateful night, consequently killing him. Everyone around her thinks that she is just paranoid, and after a while, even Usha thinks that may be the case with her. She agrees to seek professional help.

But one night, when Usha is scrolling through her social media, she observes Pallavi’s engagement photo and sees the blue sapphire earrings that Sandeep has gifted her daughter. This becomes a cause of concern for the mother as Rakesh had also given Usha the same pair back in the day. Then, she even gets a call from her future son-in-law confirming her worst nightmare – Sandeep is Rakesh’s reincarnation. 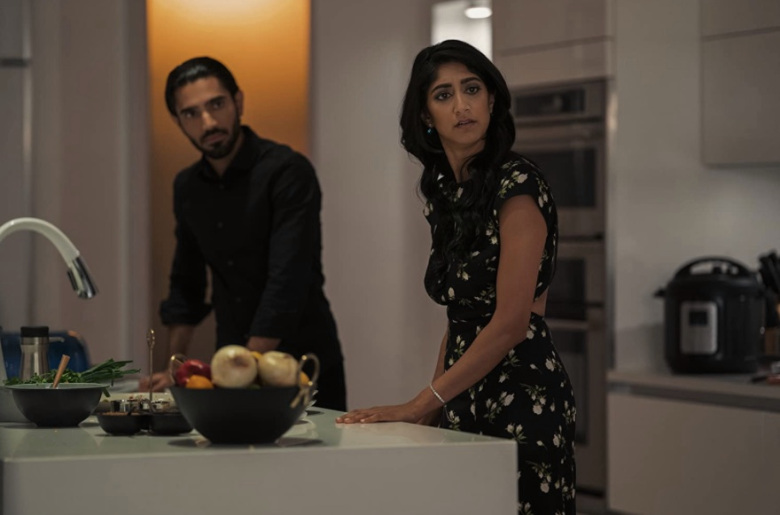 At dinner, Usha and Pallavi have an honest conversation about parental expectations and marriage. The mother then reveals that she is wearing the blue earrings that Rakesh had given her when he was still alive. This leads to an altercation where Sandeep stabs Usha and tries to drown Pallavi in the kitchen sink. But the maternal instinct is a strong one, and Usha ends up banging a utensil on Sandeep’s head repeatedly to save her daughter.

Fortunately, Usha survives the stabbing, and at the hospital, Pallavi states that it was all her fault and that Sandeep could come back someday. Her mother tells her that men like this will always be there, but it is imperative to teach girls that it’s not their fault. Usha also states that if Pallavi’s daughter were in such a situation, she’d have to fight it together with her child. In a cheeky moment, she tells Pallavi that the doctor treating her can even speak Hindi. Then, the scene transitions, and a nurse is heard saying code blue. The film closes with a newborn baby in the hospital window.

Is The Doctor a Reincarnation of Rakesh? 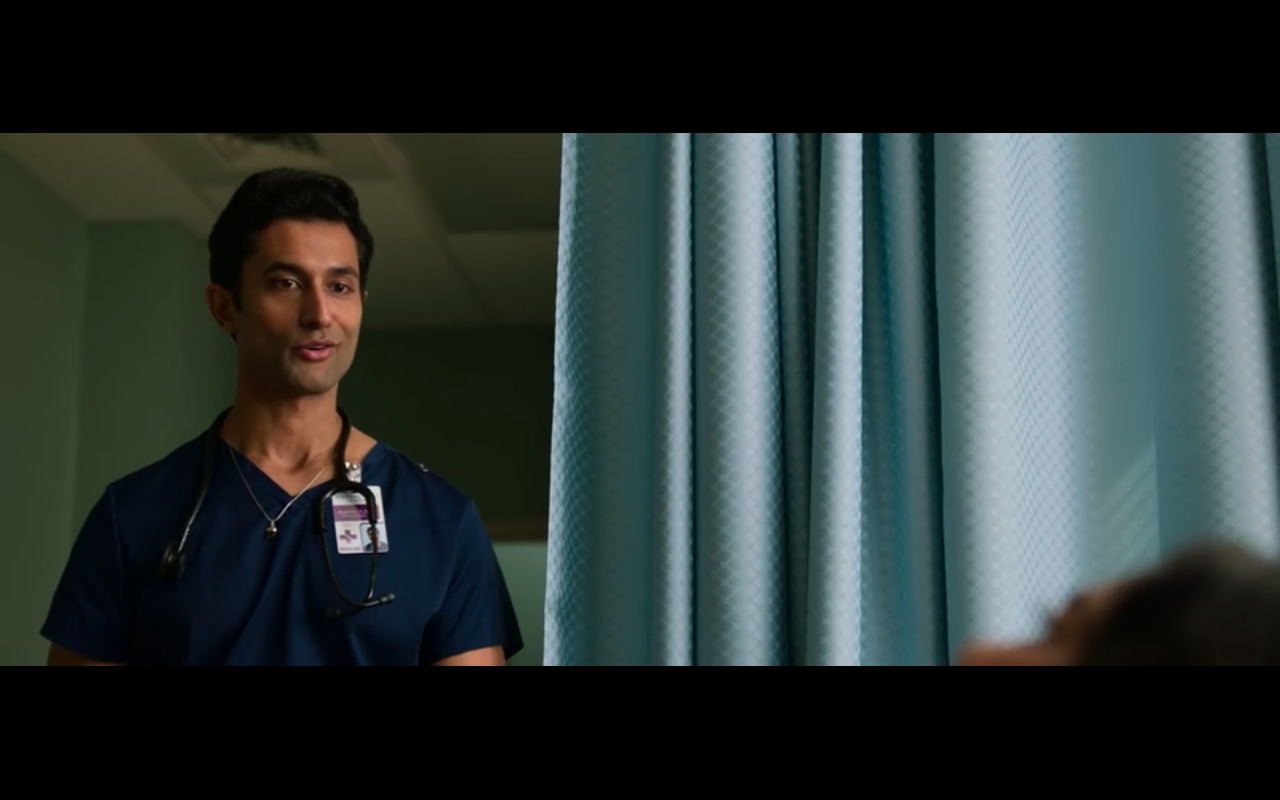 No, we don’t think this is the case. Firstly, Usha points out that Sandeep was born nine months after Rakesh was killed. Hence, it makes sense for Usha’s abusive ex-boyfriend to be born again as Pallavi’s finance. But the doctor is nearly around the daughter’s age, so it’s unlikely that he is the reincarnation.

Secondly, the scene in which we are introduced to the shadowy figure of the doctor also shows Usha, Rakesh, and Sandeep drowning. The words “meri jaan” (which means “my love”) are audible, and that juxtaposition does make it feel as though the doctor is the next person in the cycle. But in the end, the mother is the only one that surfaces. Hence, we believe that the scene has been included as a poetic way to show that Usha is still alive.

For a moment, the concluding altercation really had us believing that Sandeep dies on the kitchen floor. After all, there is blood everywhere, and he doesn’t move at all. Then, when Usha and Pallavi talk in the hospital, the daughter expresses that she is worried about what would happen if Sandeep survives. This tells us that there is still a chance that the fiancé had not died. The movie does not give a conclusive answer, but the next discussion reveals what we think happened to Sandeep.

Who is The Child Shown in The Climax? 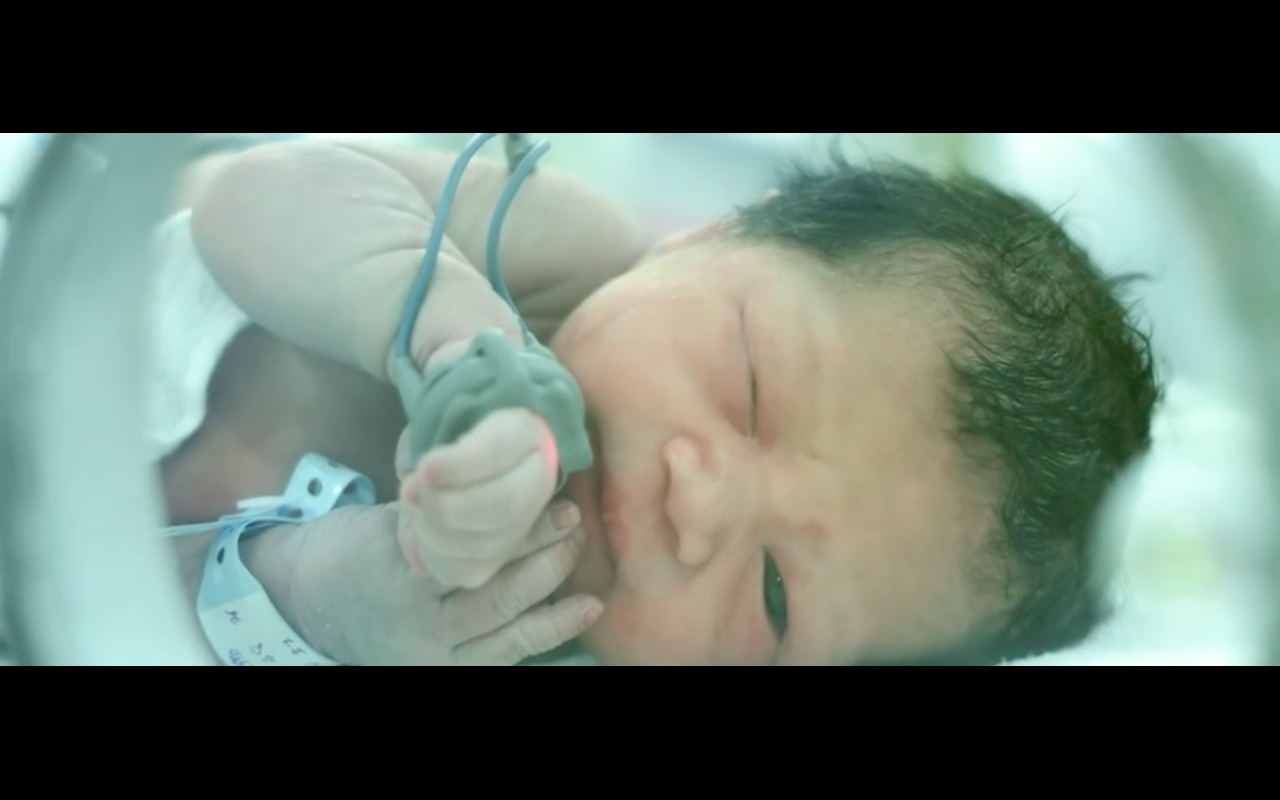 Well, we believe that this child is the next reincarnation of Rakesh after Sandeep. Why? This is because, in the end, we hear the nurse call out a code blue in room 305. This hospital code means that a patient needs immediate resuscitation, and the only two characters who are physically injured are Usha and Sandeep.

Since the mother has survived and is healthy now, the only other option left is Sandeep. It will befit the narrative if Usha is able to kill her tormentor yet again. We also highly suspect that the hospital staff is unable to save him. Consequently, the child being born seems like the obvious next step in this reincarnation cycle. One day, the Khatri family could be tormented again.