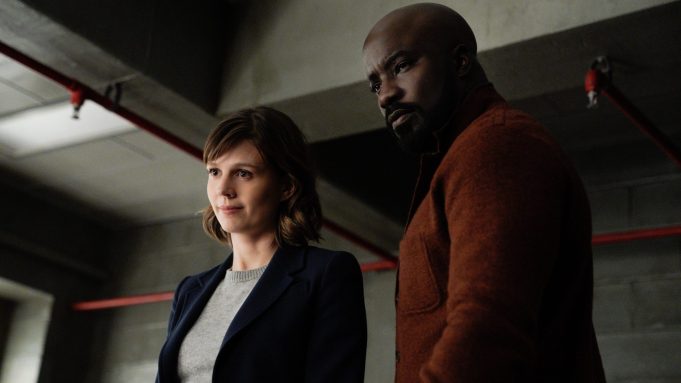 Created by Robert King and Michelle King, ‘Evil’ is a supernatural drama that follows a skeptical forensic psychologist who teams up with a Christian seminarian and a technology contractor to investigate paranormal cases. Featuring an ensemble cast, the CBS original was eventually onboarded by Netflix to give it more exposure. ‘Evil’ boasts a smart script and an eerily unsettling setting that works toward offering twisted answers to uncomfortable questions. These are the reasons why its first season opened to good viewerships and positive reviews. Naturally, fans must be wondering: Will there be an ‘Evil’ season 2? Let’s find out!

‘Evil’ season 1 premiered on October 1, 2020, only in the US, on Netflix. It consists of 13 episodes. Prior to its release on the streamer, it aired on CBS from September 26, 2019, to January 30, 2020. Owing to the favorable reviews received by the first season, CBS renewed the show in October 2019, around halfway through the inaugural run. The network commissioned the new installment, alongside extended runs of four other shows.

CBS Entertainment president Kelly Kahl stated, “These terrific new series have attracted a passionate base of viewers and consistent ratings while delivering entertaining, inclusive, and relevant storytelling every week. They’re off to strong starts and are still being discovered on the many catch-ups and playback options available to our viewers today. We’re proud of this freshman class and excited about their potential to tell more great stories and further expand their audiences.” Although no release date has been announced yet, we expect ‘Evil’ season 2 to premiere sometime in 2021.

Evil Season 2 Cast: Who can be in it?

Joining the lead trio is Marti Matulis as George, Brooklyn Shuck as Lynn Bouchard, Skylar Gray as Lila Bouchard, Maddy Crocco as Lexis Bouchard, Dalya Knapp as Laura Bouchard, Christine Lahti as Sheryl Luria, and Michael Emerson as Dr. Leland Townsend. In season 2, Herbers, Colter, and Mandvi will make a comeback, joined by most of the lead cast members.

Evil Season 2 Plot: What can it be About?

Season 2 will answer the multiple burning questions left hanging in the season 1 finale. For starters, serial killer Orson LeRoux escapes from prison and visits Kristen’s house, but he is killed in the end. However, we are yet to know who the murderer is. Is it Kristen, who cannot explain the presence of blood on her leg? Again, her hand burns when she touches the cross.

So, is Kristen possessed? On the other hand, Lexis meets the demon therapist, who invites her to go with him to “the next level.” So is her life under threat? Finally, Kristen’s mother Sheryl, is becoming more like Leland now that she is engaged to him. And it is yet to be seen what Sheryl’s future holds for her.