15 Upcoming March 2019 Movies We Are Excited About 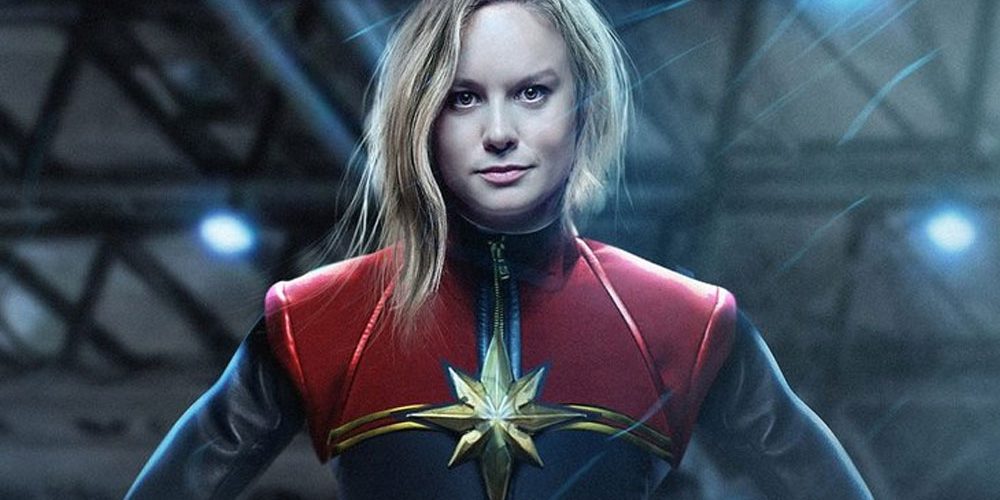 March will witness some of the most anticipated film projects of the year. From the bizarre and provocative world of European art-house to the extravagant Marvel Cinematic Universe, cinephiles from across the world have a lot to look forward to in the next month. Considering the overall fan base across the globe, it’s fair to assume that ‘Captain Marvel’ might be the most anticipated film releasing in March. Or it could even be ‘Us’, Jordan Peele’s follow up to ‘Get Out’. What your most anticipated film of March is, it is certainly looking like an exciting month for movie goers. With that said, let’s directly jump into the list of the most awaited movies releasing in March 2019: 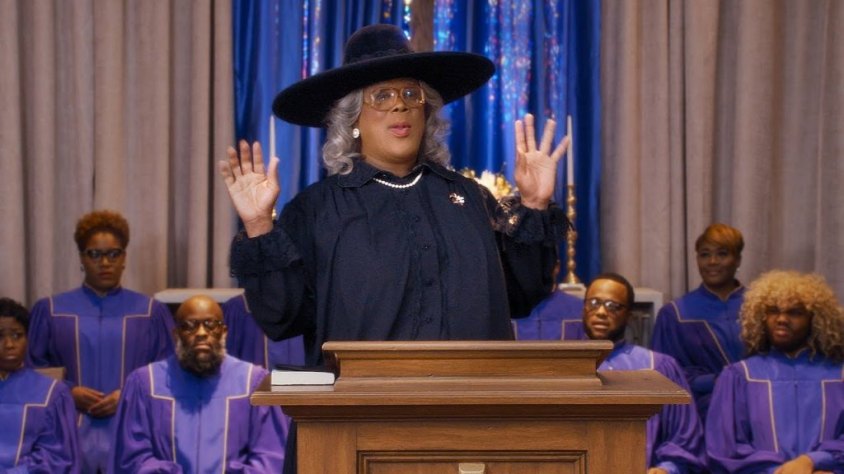 Fans of Madea are eagerly waiting for the final installment of the iconic comedy series, which is scheduled to release on the 1st of March. The plot follows a family whose reunion turns into an absolute disaster as Madea and the others travel backwards and end up planning a funeral which unveils certain disturbing secrets. Tyler Perry once again writes, produces and directs the film and while the trailer wasn’t particularly impressive, we genuinely hope for a fitting end to one of the most beloved comedy film series of all time. 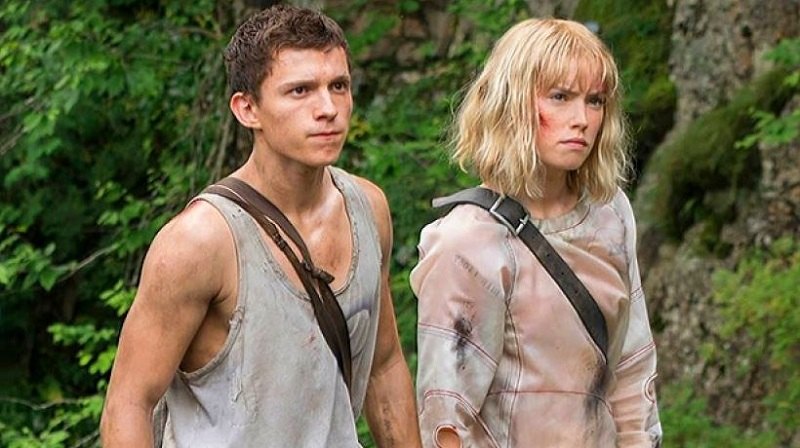 Doug Liman’s cinematic adaptation of the 2008 novel ‘The Knife That Let it Go’ has to be one of the most interesting projects to be released this year. With an inspiring team of writers, including the great Charlie Kaufman, the film certainly promises to be a daring piece of sci-fi. Set in a distant planet named the New World, the movie depicts the struggles of people on the secluded planet whose peace is disrupted after a virus, which reads people’s minds, spreads. Starring Tom Holland, Daisy Ridley and Mads Mikkelsen, the film is scheduled for a release on the first of next month. 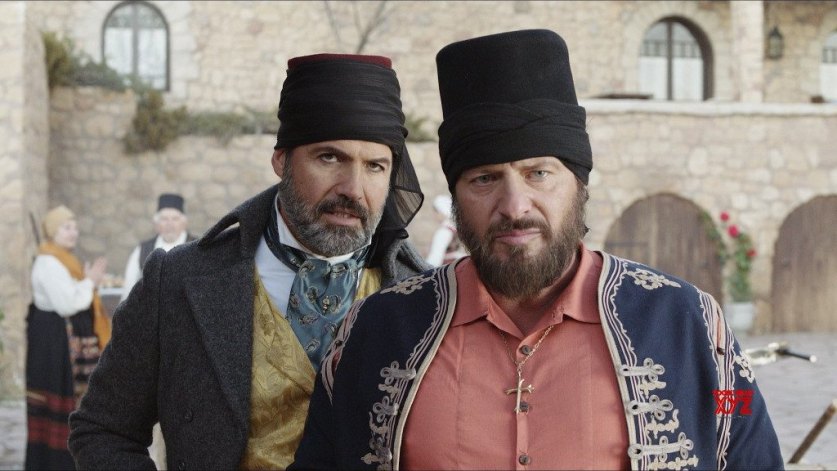 Van Ling’s indie drama depicts an epic romance between a Turkish Ottoman colonel and a Greek village girl during the Greek revolution. With an intriguing storyline, setting and a young and extremely talented cast that includes Tania Raymonde, Jan Uddin and Raza Jaffrey, the film has all the makings of a truly great period piece. From what it looks in the trailer, the cinematography too seems highly impressive. Sources suggest that the film is scheduled for a March 1st release, and we hope it delivers on-screen what it promises to on paper.

12. Nancy Drew and the Hidden Staircase 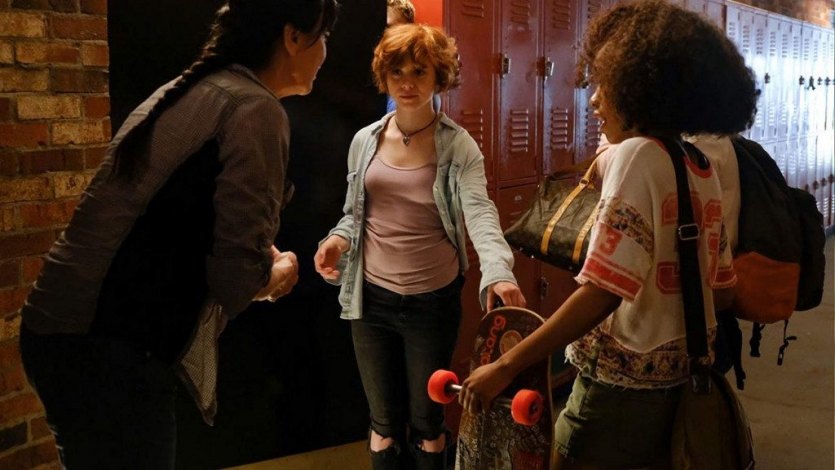 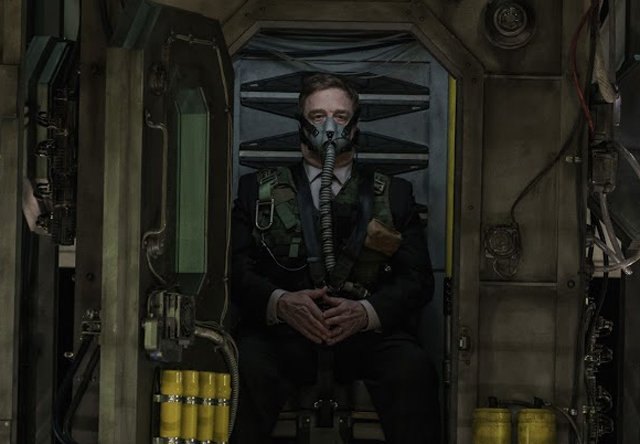 Rupert Wyatt’s sci-fi thriller, starring John Goodman in the lead role, is a frightening depiction of a Chicago neighborhood occupied by aliens. The trailer looks incredibly stylish and its attempt to break free from genre trappings is evident. With an extremely talented cast that includes Ashton Sanders, Jonathan Majors and Colson Baker, apart from John Goodman, an intriguing storyline and a young, highly skilled director at the helm, the film shows great potential to be a thought-provoking piece of sci-fi. It is currently scheduled to release on 15 March, 2019.

Keira Knightley has taken on some really challenging roles throughout her career. She was exceptional in ‘Átonement’, ‘Anna Karenina’ and ‘A Dangerous Method’, and these movies have established her as one of the most important actresses of her generation. ‘The Aftermath’, directed by James Kent, might just be the defining role of her career. Set in postwar Germany in 1946, it follows a young woman who is reunited with her husband. Complications arise when the couple is forced to share a house with a German widower and his daughter. The film will be released on March 15. 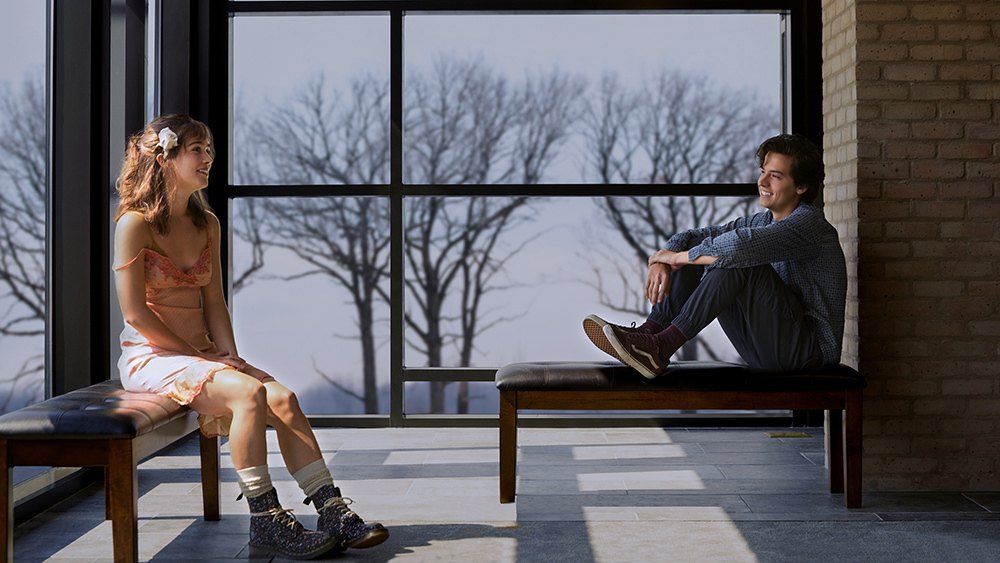 This teen romantic drama starring Cole Sprouse and Haley Lu Richardson is about a couple suffering from cystic fibrosis, developing special bond. With such a warm story-line, we hope director Justin Baldoni comes up with a refreshing approach unlike most teen dramas which end up being extremely shallow and schmaltzy. The film is adapted from the novel of the same name by Rachael Lippincott and is scheduled to release on the 15th of next month.

‘The Beach Bum’ looks like the kind of film you’d love to sit back and watch on a Saturday afternoon. Starring Matthew McConaughey, Zac Efron and Snoop Dogg, the movie revolves around the exploits and adventures of Moondog, a hilarious and charming rogue with a carefree attitude in his life. Harmony Korine has written and directed the film while John Debney handled the cinematography. Neon has currently scheduled the film for a March 29 release. 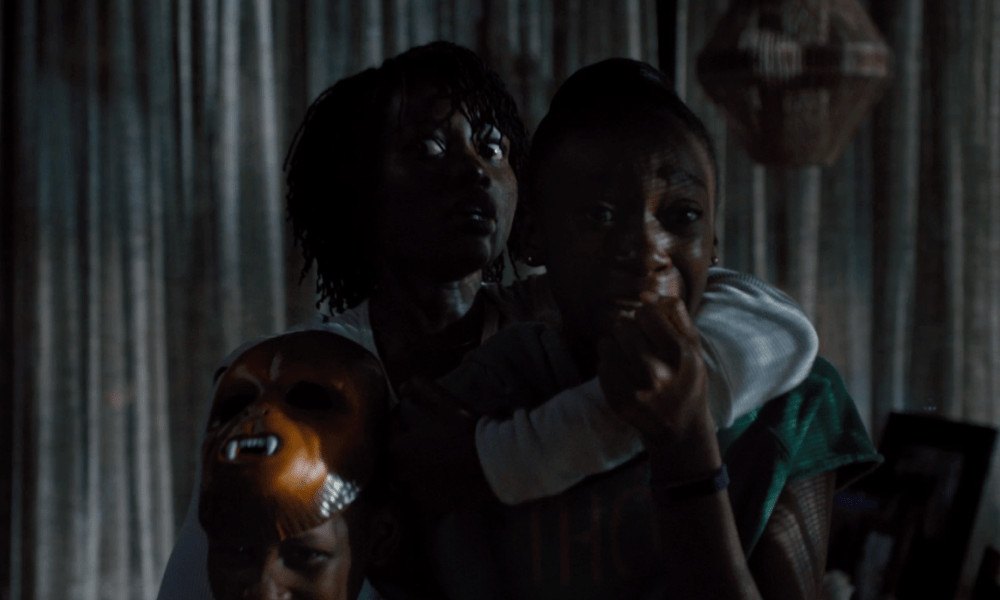 ‘Us’ has perhaps one of the most frighteningly intriguing and beautiful posters I’ve ever seen. Starring Lupita Nyong’o, Winston Duke and Elisabeth Moss, the film centers around a family whose lives are ruined after a group of masked men intrude their house. Though the trailer could have been a lot better, it’s clear that director Jordan Peele is trying something different. It has a very distinctive cinematography and the music certainly feels fresh and original. While some fans have begun speculating that the film might be similar in tone to ‘Get Out’, we hope that Peele has got something entirely different for us. 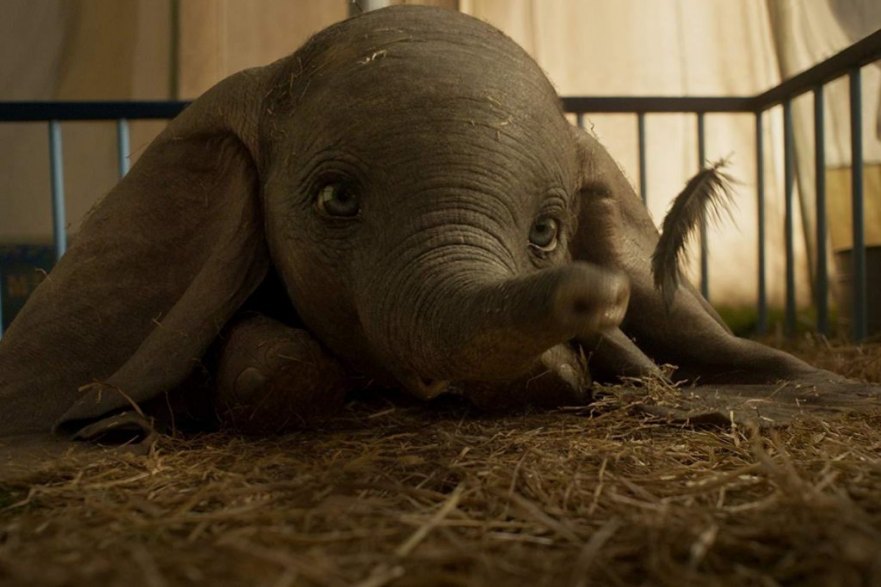 Tim Burton’s fantasy adventure, inspired by the 1941 Disney classic of the same name, tells the story of the owner of a circus who’s looking for someone to care for a newborn elephant with mysterious powers.  With exquisite visuals and a highly impressive cast that includes the likes of Michael Keaton, Collin Farrell and Eva Green, the film promises to be a remarkable cinematic experience. While Burton can sometimes be more of a hit-and-miss director, he has been one of the most prolific filmmakers in Hollywood and there’s no questioning his abilities as a filmmaker. 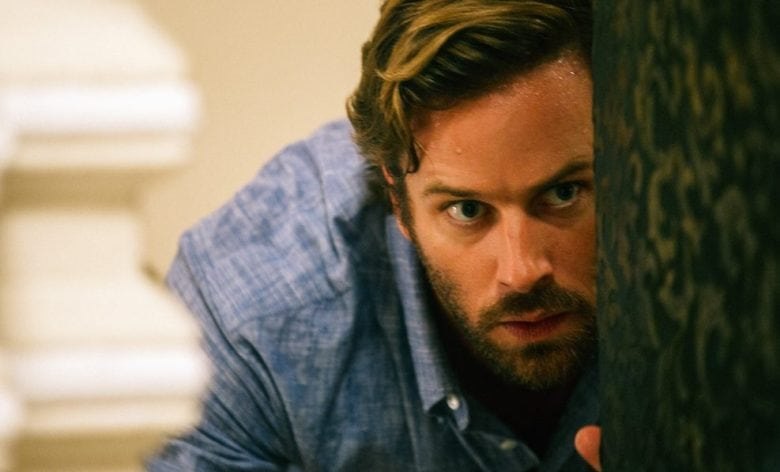 Based on the 2009 documentary, named ‘Surviving Mumbai’, about the 2008 Mumbai terror attacks, this Australian thriller directed by Anthony Maras documents the devastating events that shook the nation a decade ago and chronicles the courageous efforts of the Taj Hotel staff who risked their own lives to protect people. It will be interesting to see Maras’ approach to the subject, and the general consensus is that he has delivered an emotionally rich, taut, gripping thriller. The film was screened at TIFF in September last year and is now all set to release in the director’s home country on the 14th of March and will be released 15 days later in the US. 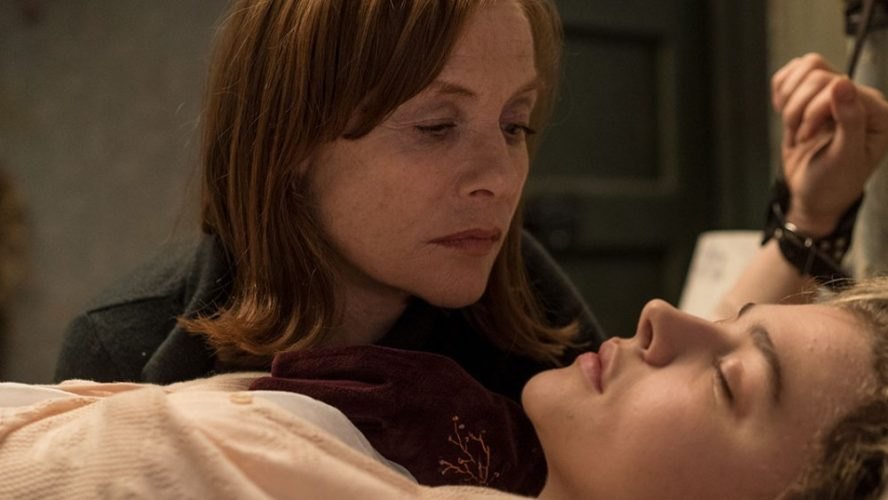 Starring the great Isabelle Huppert in the lead role, ‘Greta’ tells the story of a young woman named Frances, who returns a handbag she found on a subway. She then develops a special bond with the owner of the handbag, Greta, a desperately lonely French piano teacher. However, things get complicated as Greta’s behavior becomes increasingly eccentric and wild. The film had its premiere at TIFF in September last year and is scheduled for a theatrical release on the 1st of March, 2019. While the reviews have been quite mixed, it is always exciting to see Huppert take on another emotionally challenging role and pull it off in a way that nobody else can.

3. The Hole in the Ground 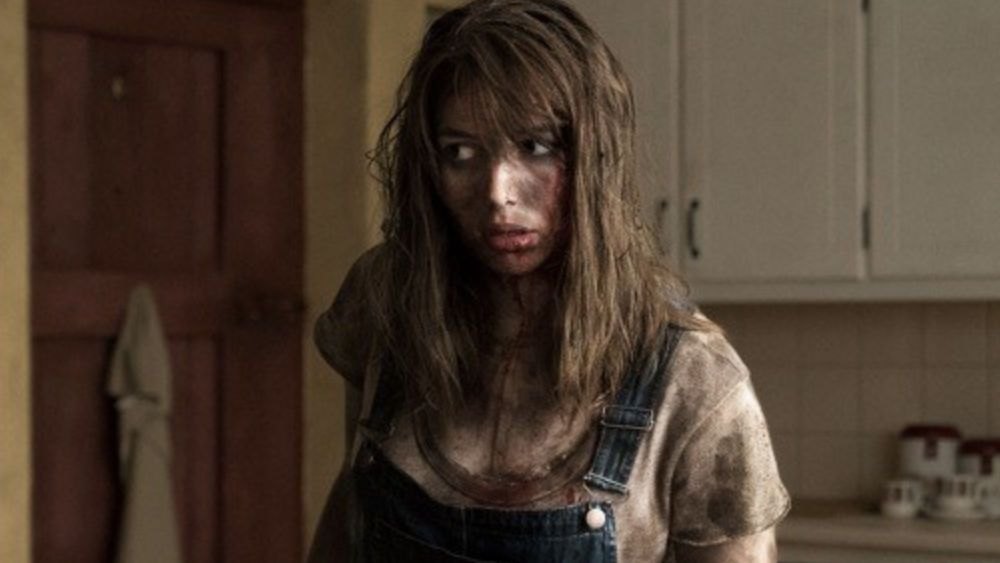 So we’ve got another horror flick releasing next month. Scheduled for a March 1 theatrical release in Ireland, the film already hit the screens at Sundance Film Festival last month and received mostly positive reviews from critics, who praised the film for its atmospheric power and the performances. The film revolves around Sarah and her son who gets disappeared into the woods. After returning, the boy’s evident change in behavior bothers Sarah who begins to suspect whether the boy is her son. With a straightforward plot and intriguing visuals, the film certainly looks promising, making it the most anticipated debut of the month. 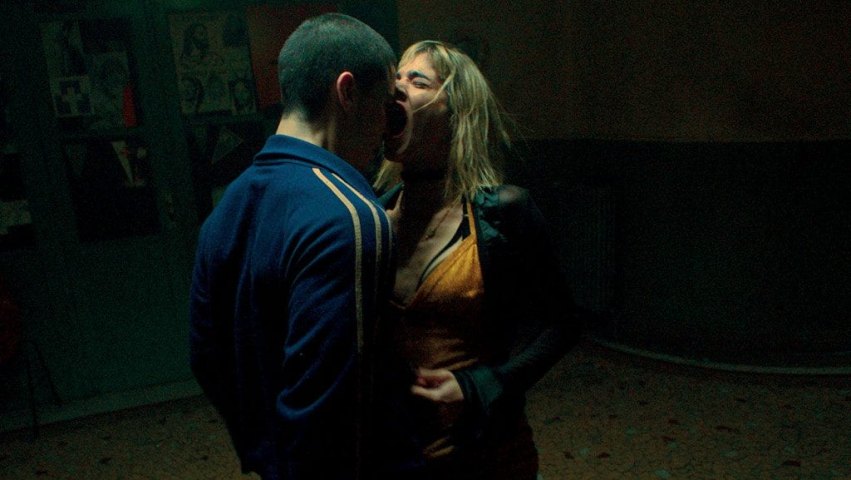 Well, what else could have possibly topped the list? Gaspar Noe might not be among the most consistent filmmakers working today, but he is, without a doubt, one of the boldest and most exciting auteurs who continues to stretch the limitations of the medium. His latest film, ‘Climax’, is scheduled for a March 1 release in the US, but it already hit the screens at Cannes in May last year. Most critics have praised the film for its visual style and abstract abilities, and from what it looks like in the trailer, we genuinely feel it might be the director’s greatest work since ‘Írreversible’. 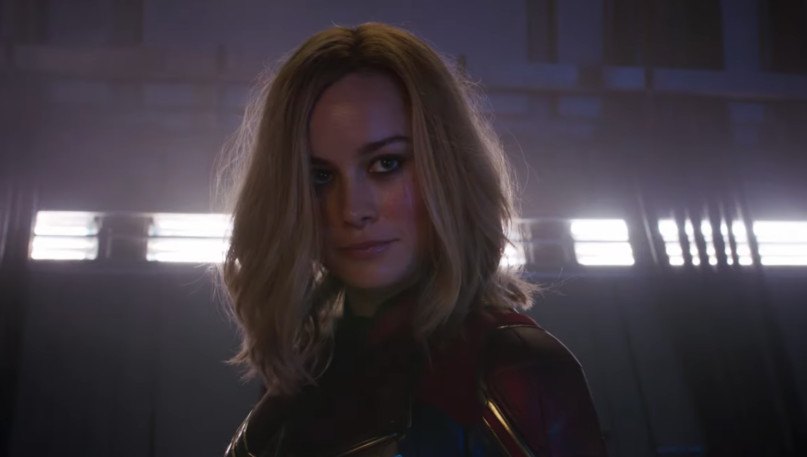 ‘Çaptain Marvel’ might not end up being among the best movies of the year but it definitely is one of the most anticipated flicks of 2019. Starring the supremely talented Brie Larson in the lead role, ‘Captain Marvel’ follows Denvers who is transformed into Captain Marvel and tries to protect the world from alien forces. As with most movies from the Marvel Cinematic Universe, the hype surrounding ‘Çaptain Marvel’ is enormous. The film is currently scheduled for theatrical release on March 8 in the US. Looks like the Marvel fans are gonna have a blast next month!