When you have big movie stars like Jennifer Lawrence and Chris Pratt in a film, you don’t any more reasons to anticipate the film. But ‘Passengers’ has several other reasons that make it one of the most awaited films of the second half of the year. It is an original sci-fi story from Prometheus screenwriter Jon Spaihtsthat and is directed by The Imitation Game helmer Morten Tyldum. The film is a science fiction adventure that takes place on a luxury spaceship bound for a human colony that’s 120 years away. Given the length of the journey, the 5,000 passengers are put into hypersleep, but when two of the passengers are mysteriously awakened 90 years too early, they strike up a relationship and quickly become the ship’s only hope of recovering from a serious malfunction.

Speaking with EW, which debuted the images, Tyldum explained that while the film may be epic in scope, it’s specific and intimate in focus:

“It’s one of those stories that really grabs you and you fall in love with it. It’s very smart and funny and clever and such a page turner I couldn’t put it down. Every 10 pages, something new happens! At the same time it’s a very intimate movie while taking place on this epic scale. For me, it’s a story about what’s important to live a full life. What are the things we need as humans? It’s not afraid to entertain but at the same time it asks big questions about what does it mean to really feel happy. Every generation has its love story. I feel like this is it. I had to do it.”

And here is the official synopsis of the film:

On a routine journey through space to a new home, two passengers, sleeping in suspended animation, are awakened 90 years too early when their ship malfunctions. As Jim (Chris Pratt) and Aurora (Jennifer Lawrence) face living the rest of their lives on board, with every luxury they could ever ask for, they begin to fall for each other, unable to deny their intense attraction… until they discover the ship is in grave danger. With the lives of 5000 sleeping passengers at stake, only Jim and Aurora can save them all.

For now, check out the images below. Passengers opens in theaters on December 21st and also stars Michael Sheen, Laurence Fishburne, and Aurora Perrineau. 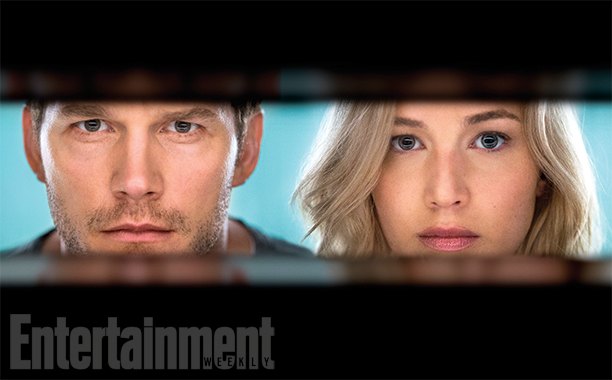 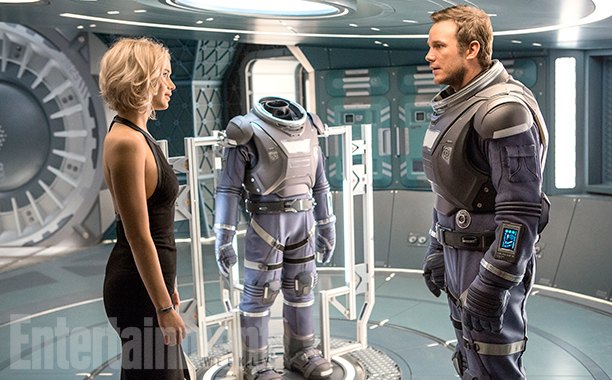 Read More: The 25 Most Awaited Movies of the Second Half of the Year