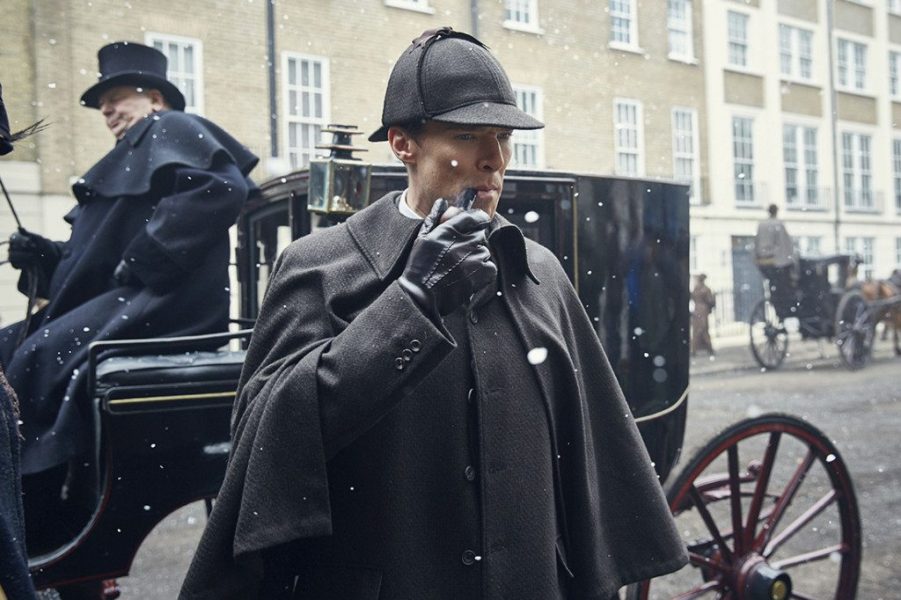 (No real spoiler ahead)

There had been a lot of buzz since recently about a special episode of Sherlock which eventually premiered on 1st Jan, exactly two years after their last season in 2014. Well, being one of the disenchanted fans of the show after its last season, I was curious but hopeful that this special episode would bring the past glory and flawlessness back to the show and live up to our expectations. But, did it succeed ? Let’s find out.

Plot/Storyline: Based on some time travel storyline, Sherlock here imagines himself in the 1890s in his mind palace where he tries to solve a case which involves one newly-wed Emelia Ricoletti, who apparently kills herself in public and later returns from the grave and murders her husband, Thomas, in front of witnesses and vanishes. A few more men are killed in similar fashion as people fear that the ghost of the bride killing them up leaving a sign and Sherlock is in the cliff-hanging mission to solve that riddle.

Although there are few subplots included, the main story is loosely based on the oppression of women in the Victorian Era , the movements and feminism, rising in that period. Besides, feminism, being one of the breakout theme in most of our plots these days be it movies or TV, it was hardly a surprise here for a cinemaholic to spot it from the very beginning where it’s headed. Nevertheless, although it loses a few points in originality, it gets full marks in bringing out the untold story of that period in a crime/detective drama in its own, subtle way. 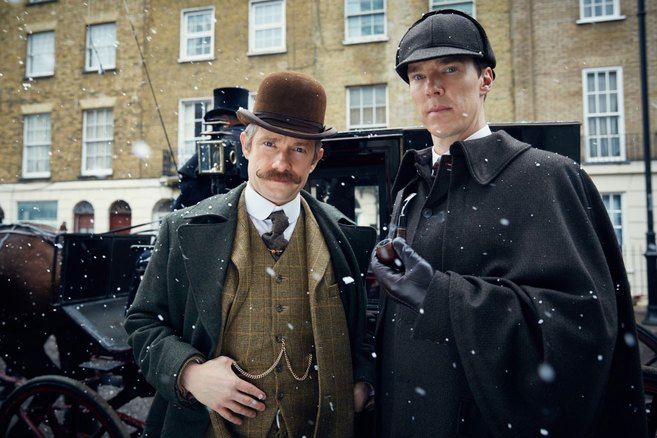 Screenplay/Character Development : One of the main reason why this special episode disappoints you. For starters, when you realize this whole thing is going in Sherlock’s mind or is dream/time travel of some sort, the episode hits you as a not-so-new one. The smart and wittiness of Sherlock is somehow missing, making it flimsy at times, the Moriarty bit is a somehow seemed misplaced and over dramatic. The character of Mycroft Holmes was suppose to be funny in his super-fat avatar but turns out to be annoying mostly. The Climax also seemed over stretched, flawed and over dramatized.

Acting : The performances of both the lead characters and the supporting characters are great as usual. There is nowhere I can imagine a better smart, arrogant, show off, modern day Sherlock better than Cumberbatch and a witty, sarcastic, dramatic, John Watson better than Freeman. Mark Gatiss (also the writer) as Mycroft Holmes has always been the ever so worried and caring brother which is quite evident in his character here. Rupert Graves has also done a good job as Lestrade. 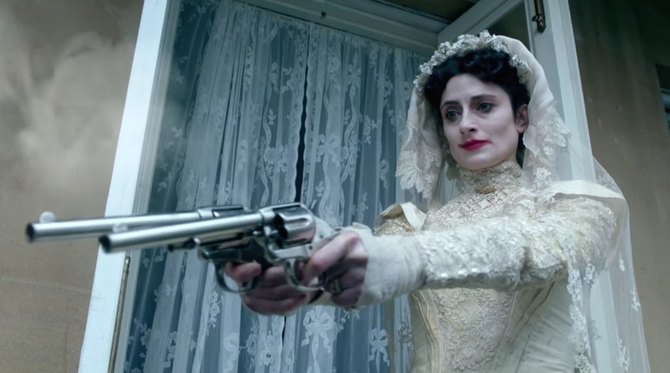 Music/Editing/Art Direction/Cinematography : When it comes to technical aspects, this show has always been so exquisite and this episode is so different in that regard. With a theme music that gives you Goosebumps, background scores that scares you at times, David Arnold (known for Bond Movies) and Michael Price have done some amazing works here in terms of Music. The Editing Part of the episode is again a treat for your eyes as they use a lot of visual effects in it, apart from the usual editing staff. The Art Director has done some top notch job here and you would be exited to watch the Modern Baker Street turning out to be from the Victorian aura in such a delicate manner. Lastly, although The Cinematography doesn’t count much in TV Shows but this show is a truly exception in that comparison. The innovative camera works here blend with the modern editing tools and makes this show a unique one, each time.

Final Words : Although this special episode of Sherlock got a few hiccups and a bit cheesy compared to it’s first two great seasons, yet it has managed to keep the spirit of the show, the joy of Sherlock’s fact findings, Plot twists, John’s wits and above all the showmanship of Benedict Cumberbatch.