Is Extraction Based On A Book? 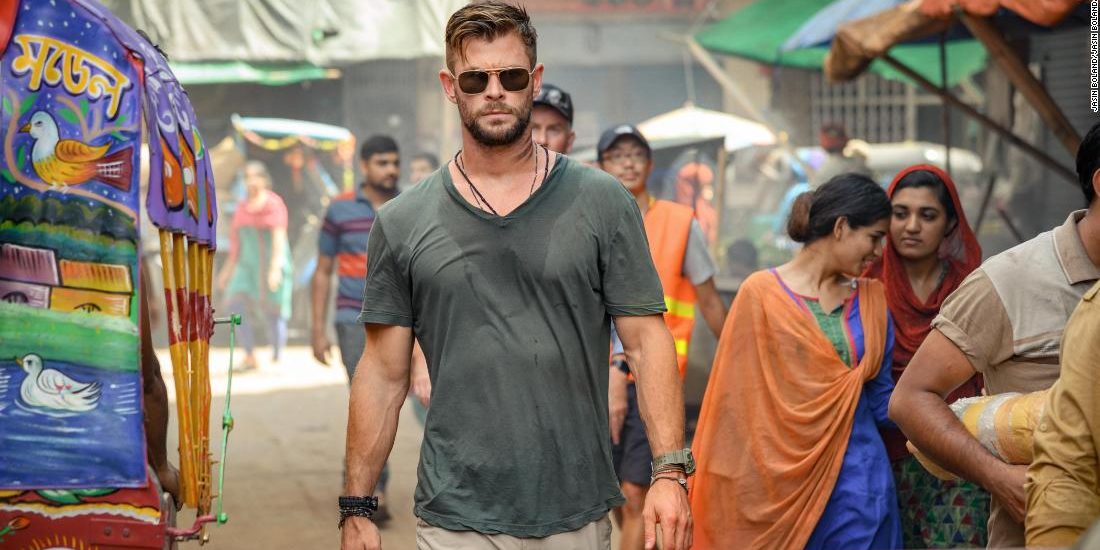 ‘Extraction’ follows the story of a mercenary named Tyler Rake, who is sent to Dhaka to rescue the son of a mob boss. Thrown into the chaotic environs of a place that he isn’t familiar with and facing the challenges that he finds difficult to overcome, Rake fights desperately for his life as well as that of the boy. The film offers fantastic action and a thrilling ride to the audience. Because it takes us into the uncharted territory of the criminal underbelly of Dhaka, one wonders where the inspiration of the story came from? Here’s the answer.

Is Extraction Based on a True Story?

No. ‘Extraction’ is not based on a true story. It is, in fact, based on a graphic novel named ‘Ciudad’ by Ande Parks and the Russo brothers. The director duo had been a fan of comic books since they were kids, which extended their love to graphic novels. They were approached by the Oni Press to work on a graphic novel of their own, and they found the opportunity too good to pass. They pondered upon their long-gestating ideas, the ones that they wanted to see on the screen, but were yet hesitant to make into films due to the lack of experience in action movies.

While they did get their due experience directing four of the biggest movies of the Avengers franchise, ‘Ciudad’ had been in the works a long time before that. “We started work on this idea maybe ten years ago when we were transitioning into doing action films. We worked with Ande Parks, who’s an amazing writer, crafted the graphic novel – which was originally called Ciudad – and then over the years, as we worked on the script, we changed locations and moved to Bangladesh and started Extraction,” said the Russo brothers in an interview with Esquire.

They were influenced by the 70s action movies they had watched growing up. Finding a lack of films in that genre in the present time, it seemed logical to resurrect it through their story. The idea of grounded action sequences of the film, which rely on gunfights and combats, minimizing the reliance on CGI was picked up from the novel. The highlight of the film is the 12-minute long oner that throws Chris Hemsworth’s character in the middle of a wonderful action sequence. The scene was not so in the novel.

“It was written in the script as a protracted action sequence,” explained the producers. “Our inspiration being drawn from 1970s action thrillers; this was intended to be a really compelling and lengthy sequence that would keep you on the edge of your seat. It was Sam’s idea to turn it into a “oner,” which is a series of shots that are stitched together in a seamless way, so it appears as if it were all done in one shot.”

The action sequence isn’t the only thing that is different in the film. ‘Ciudad’ is set in Paraguay’s ‘Ciudad del Este’, while ‘Extraction’ takes the story to Dhaka. Both stories have Tyler Rake as their central character who is tasked to save a person. In the film, it is Ovi, the son of an Indian drug lord. In the novel, however, the character is a girl named Eva Roche, the daughter of a Brazilian drug lord. The reason behind shifting the story from South America to South Asia was that the filmmakers wanted a place that not been explored before in action movies. The vibrant and unexplored nature of Bangladesh, from the perspective of this genre, allowed a fresh touch to the story.