Will There be an Extreme Love S03? 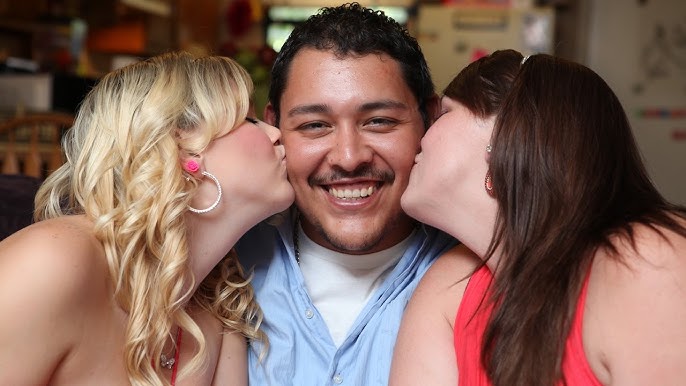 It is hard to lay down a watertight mark on when exactly reality TV became a cohesive genre, but the facts are there to confirm that dating game shows have been one of the earliest stable offshoots of the genre. Shows like ‘The Newlywed Game’ in the US and parallels of it on British variety networks nearly became a staple in the middle to the late ’60s, and it still exists as a pure ‘dating game show’ genre.

Many opinions and explanations can be given as to why the dating game shows skyrocketed in their success, a much easier takeoff as compared to many other applications of the reality TV game show framework, but one reason persistently cited is that it was about love and courtship.

However, what happens when love is taken to its extremes? I remember watching a clip on social media, which is about a couple, where the girl dresses up/even behaves like an infant. It is cringeworthy, no doubt. But apparently, this is the coping mechanism for missing out on the love and affection in her childhood. Whatever be the reason, the clip managed to leave an impression.

And producers grasped the idea that courtship viewed in different glasses is a concept that sells well – and voila! We received WE tv’s take on real-life yet incredibly unusual relationships. Titled ‘Extreme Love’, the show made its debut in December 2018 and its first season was well-received. And as expected, it was renewed for a second season. Now the question is, will there be an ‘Extreme Love’ season 3? Let’s find out.

Extreme Love Season 3 Release Date: When will it premiere?

WE tv has not come up with an official announcement regarding a third season as of now. But although the series has received mixed reviews from critics, fans can’t help but get addicted to its weird concept. So, we are positive that it should get another season. If renewed Extreme Love season 3 should premiere sometime in January 2021.

Extreme Love Cast: Who’s in it?

One inescapable knack that almost every other reality TV show picks up in order to be in tandem with the modern form of the genre is by adapting elements of documentaries. This rings even more appropriate for ‘Extreme Love’, which renders itself into a quasi-documentary.

It does employ a third-party British narrator who remains unaccredited, but for the most part, her role is restricted to introductions and a few stray laconic quips. Almost the entirety of the show, as such, is made up of shots fashioned after the confessionary, where persons of interest describe at length their ‘extreme love,’ and these cut to footages that demonstrate certain aspects of it, before cutting back to the confessionary.

The cast, therefore, is largely made up of episode-specific persons of interest including the lovers at the center of it. Extreme Love Season 2 will also follow the same structure, and therefore will have a new set of ‘extreme’ lovers to fill the cast. Among the featured couples, we meet the 3″6″ exotic performer named Texie; Michele from Berlin, Germany; Wade and Michelle from Maryville, Tennesse; among others.

If renewed for season 3, we expect the series to focus on a bunch of new, unique, and ‘extreme’ lovers.

What is Extreme Love about?

The short-form version of ‘Extreme Love’ has an incredible fan-following on digital platforms, with around 300 million views on the Barcroft TV YouTube channel, and an almost equal viewership number on Facebook Watch. WE tv’s project includes eight episodes of one hour each in season 1. ‘Extreme Love’ producer Barcroft TV partnered with TCB Media Rights to revise the clips into long-form episodes for linear TV.

Each episode has five different stories and Barcroft Media’s CEO, Sam Barcroft, stressed on the unique concept of the project, saying, “Audiences of all ages around the world have a huge appetite for incredible real-life stories. We’re delighted that together with WE tv, we can bring some of these jaw-dropping relationships to US viewers.”

The premise of ‘Extreme Love’ is nothing too complicated: on each episode, it presents couples who have something extraordinary, offbeat, and/or non-normative about their love. On the surface, this may seem like an intriguing enough idea. To give credit where it is due, the show does present some quite fringe cases of affection/obsession – but rather than focus on the preferences and fetishes in a neutral light, one grave mistake WE tv makes with the show is to extract raw shock value from them.

In season 1, across its eight episodes, we meet “real-life vampires, adventurous couples, unique fantasies, sister wives, trans couples, polyamorous couples, a young man who romances mature women, and more, from sugar babies to adult babies, proving there is someone for everyone.”

Season 2 introduces us to the 3-foot-6-inch exotic performer named Texie, who gets the chance to partake in a big gig. However, her girlfriend’s jealousy can hinder her success. We then meet Wade and Michelle, residents of Tennessee who engage in 24/7 role-play, with Wade being a strict “daddy” who controls Michelle, the “little,” when she misbehaves. Then there is Michele who is “deeply in love” with a Boeing 737.

Season 3, when it happens, will follow the same format and continue to document the peculiar relationships of the world’s weirdest lovebirds.