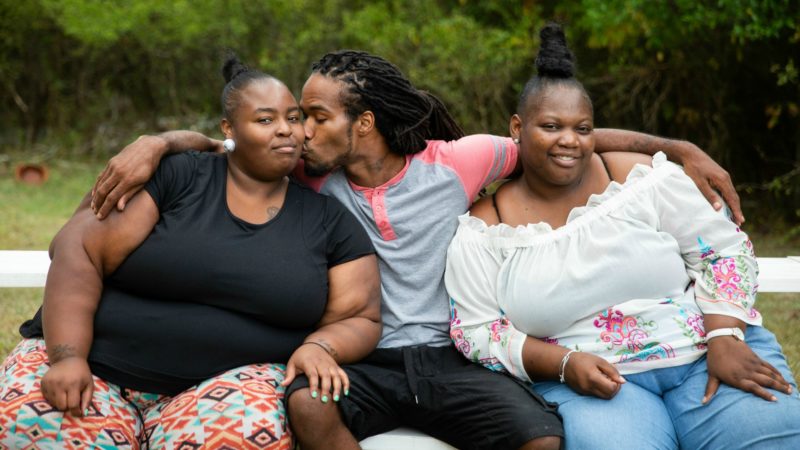 The adage, there’s somebody for everybody, seems to come alive in WE tv’s ‘Extreme Love’ — a reality show where relationships might seem “extreme” to others but for the featured stars, it’s real love.

Season 2 continues the saga, diving deep into love in all its strangeness. Among the most-extreme stories, there’s this 3-foot-6-inch exotic performer named Texie, who gets the golden opportunity to participate in a big gig — only to earn the jealousy of her girlfriend. We also meet a couple who engage in 24/7 role-play and a woman who is obsessively in love with a Boeing 737.

‘Extreme Love’, which is currently in its second season, aired its first episode on January 3, 2020. After an emotionally exhausting premiere, the show is all set to make a comeback with its second episode. Let’s give you a detailed glimpse into how and where you can watch ‘Extreme Love’ season 2 episode 2.

Extreme Love Season 2 Episode 2 Release Date: When Will It Premiere?

This season was originally commissioned for eight episodes and they are being released weekly. It will wrap up with its finale on February 15, 2020.

If you have a cable or satellite subscription, you can watch full episodes of ‘Extreme Love’ by tuning in to WE tv at the designated time slot.

The second option is to login directly to WE tv’s website and catch up on all the aired episodes online. WE tv subscribers can watch full episodes on the channel’s mobile app, available for iOS and Android phones and tablets.

Previous episodes of ‘Extreme Love’ are also available on iTunes, DirecTV, and Google Play. If you wish to take your extreme craziness further, you can check out the short-form version of the series on the Barcroft TV YouTube channel and Facebook Watch.

Episode 1 of ‘Extreme Love’ season 2 is titled ‘Love Is in the Air’. In this episode, we meet three cases of the weirdest romances.

First up are Chicago native Texie and her girlfriend. With a height of 3’6”, Texie is an exotic dancer, who was born with Kenny-Caffey Syndrome — that makes her look like a child at first glance. Her lover is 21-year-old Anastasia, a makeup artist and photographer.

Because of their size difference, the couple is often judged by onlookers. Anastasia explains: “My worst one is when they come up and they’re like, ‘Why do you let your daughter dress like that?’ or ‘Why does your daughter have makeup on?'”

Texie says that it’s common for restaurants to give her the kids menu and for people to point out that this relationship is not acceptable. On the other hand, Anastasia is taken to be a pervert by many, which makes it really hard for her.

However, apart from these daily issues, the couple has their own personal problems as well. Anastasia’s jealousy seems to prove as an obstacle for a gig that might bring Texie instant success. Texie says: “The only time I show my emotions and feelings is behind closed doors and is with her. She understands me. She gets me, and I know if I need to cry my eyes out, she will hold me until I am done until it’s time to get on that stage and suck it up like a big girl.”

The second person is an adult baby, who is a grown-up woman but likes to pretend to be an infant. When she throws a public tantrum, she lands herself in big trouble. Finally, Michelle, who harbors an insane obsession for planes is given the option of a surprise date with a Boeing 737!