Extreme Unboxing: Everything We Know 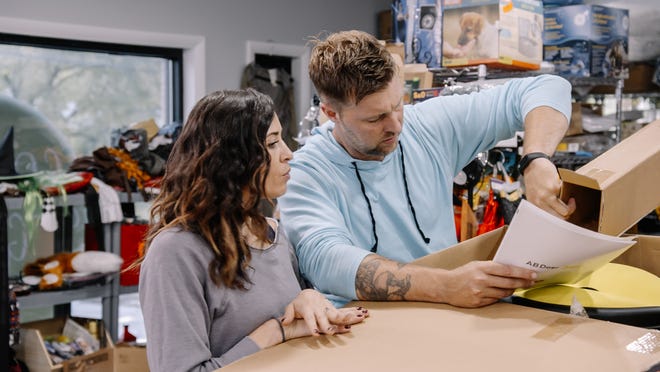 Here’s a fantastic piece of news for fans of ‘Storage Wars’! A&E has come up with ‘Extreme Unboxing’, a reality show that explores a similar treasure hunt concept as showcased in ‘Storage Wars’ — but ups it by a notch. People, from different corners of the country, bid for returned merchandise boxes, and then unbox them — all in the hope of some big bucks! But do these boxes contain treasure or trash? Everything depends on ‘the luck factor’. Well, for some more insights, here’s our detailed breakdown of ‘Extreme Unboxing’!

Extreme Unboxing Cast: Who is in it?

‘Extreme Unboxing’ features six teams, competing with each other for returned merchandise. First up is the husband-wife duo, Bobby and Salena, who initially entered the unboxing business for some extra cash inflow. Currently, this is their full-time business, which also allows the couple to spend more time with their two small kids.

Next, we have brothers Blake and Max. Blake is familiar with the world of reselling as he has worked in this field for a while now. Best friends Chuck and Chris own a 7,000 square foot warehouse that houses a myriad of valuable goodies. Chuck runs his own reselling business called ‘Bricks to Clicks’.

Paster Paul and his wife Heather embarked on the reselling business after launching their online site, ‘Hooked on Pickin’. They additionally sell licensed auto parts. Married couple Joe and Jessica are full-time resellers and they home-school their kids. Rounding up the cast is another couple, Steve and Steph. The duo had previously worked in construction but embraced reselling when they lost their jobs. Now, they are completely involved in the unboxing business.

What is Extreme Unboxing About?

‘Extreme Unboxing’ follows six pairs of daring entrepreneurs from across the country as they purchase liquidated merchandise at a discounted price. The next step is to unbox the items in the hope of making a huge profit. Of course, they need to use their own money during the bidding process and hence, the bets are risky. Once the pallets reach their home, the featured stars dig inside the boxes for the big reveal.

Each group needs to rummage through hundreds, sometimes thousands, of items in order to hit gold. At times, the merchandise arrives in a single box, and sometimes, it can be an entire truckload. These savvy super-flippers then search the Internet for their next big money score. Since the returned items can range from regular objects to strange souvenirs, the whole treasure-hunting process is packed with surprises!

As explained by Elaine Frontain Bryant, Executive Vice President and Head of Programming, A&E Network, in a press release: “Giving viewers a look into the fascinating world of pallet flipping, Extreme Unboxing showcases the savviness of these entrepreneurs in a never before seen way.”

Read More: Are Jarrod And Brandi From Storage Wars Still Together?