The feeling of revenge is powerful. Somewhere in the back of our heads, almost all of us hold a grudge against something or someone. While most of us are well aware of the consequences of seeking revenge, we’ve all thought of it at some point in our lives. And just because this feeling is so universal and relatable, nothing beats a good revenge thriller.

Netflix’s ‘Eye for an Eye’ walks you through another compelling tale of vengeance which is mildly familiar but is hard-hitting nonetheless. So if you have already seen the film, read on further to understand all the consequential events of its storyline that lead up to its tragic and disturbing ending. SPOILER AHEAD!

Antonio Padin is a drug cartel who seeks rest and refuses to go back to his old life after he is released from prison. Instead of going back to stay with his sons, he chooses to live the remaining years of his life in a retirement home. This is where he crosses paths with a nurse named Mario, who is loved by everyone. While Mario does his best to make Padin feel at home, Padin’s two sons, Kike and Tono, run the drug empire that he has built over the years. But nothing is as it seems and all it takes is one spark to set all of these characters on the wrong path. With what follows, all of them suffer the dire consequences of their actions.

Why does Mario kill Antonio?

Mario initially seems like a very humble man who lives a peaceful life in the serene and calm neighborhood of the Galician coast. He works as a nurse at a retirement home and devotes his life to the welfare of the aged people under him. His wife is pregnant and everything seems to be just fine. However, all of it begins to change to when he is asked to nurse Antonio Padin, one of the most renowned narcos of the region. Though it isn’t very evident at first, Mario begins to change and seems to hold some grudges against the drug cartel. At first, it just seems like he has a strong sense of justice and simply hates the fact that a criminal like Padin is able to live such a pleasant life even after committing several ruthless crimes. But later, through flashbacks, glimpses of his past are revealed.

On the outside, Mario does not seem like the kind of man who would even think of doing anything that’s even slightly illegal. But for some strange reason, he starts buying drugs from a local peddler. Things get even stranger when he starts injecting these drugs into Padin’s body. His motives are initially presented as mystery and with the flashbacks that complement these scenes, one can only guess what’s making him do this.

Much later in the movie, Mario finally reveals it to Padin that all this while, he had been killing him slowly by not giving him the medicines for his illness and instead, injecting him with heroin. He tells him that he once had a brother who became a drug addict after he got access to the drugs that were being sold everywhere by Padin’s men. The drug addiction had gotten to a point where his brother was unable to talk and was begging Mario to take his life. In the end, Mario was forced to kill him by injecting him with a final dose of heroin. This backstory pretty much explains all the flashbacks that are scattered throughout the runtime of the film.

Mario’s disturbing past also explains why, despite being a very humble man, he begins to completely change after he asked to nurse Padin at the retirement home. Throughout his life, Mario tried to forget his past and move on ahead to live a better life. And for a while, he was doing pretty well. However, one look at the drug cartel sends him tunneling down to his dark past. This reawakens all of his rage against the man and he sets out to seek revenge by slowly killing him. In conclusion, Mario decides to kill Padin because deep inside he blames the man’s drug business for the death of his brother and believes that avenging his death will somehow bring him peace.

The Ending: “An Eye for an Eye Makes the Whole World Blind” 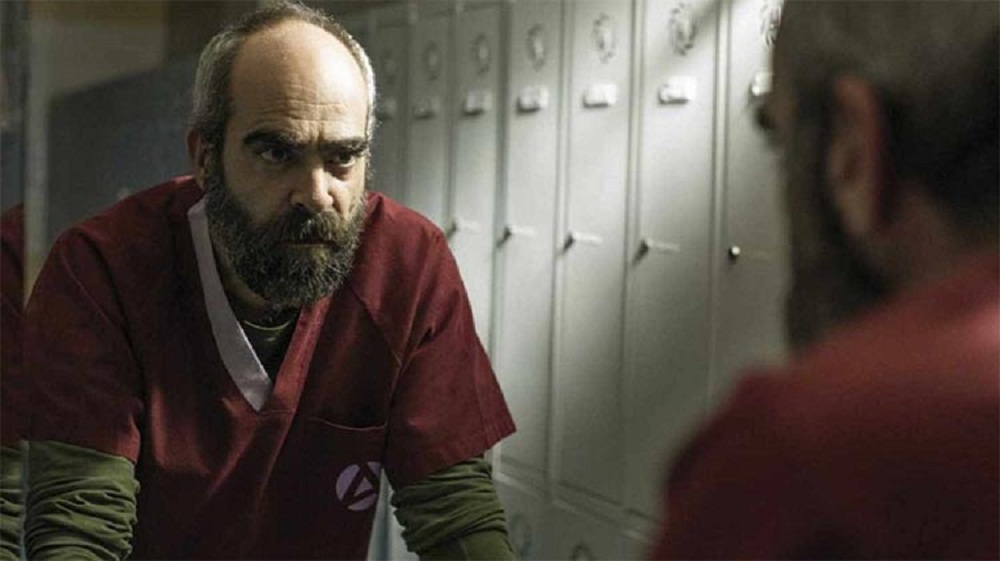 “An eye for an eye” is a traditional expression of vengeful-thinking that dates back to biblical times and it pretty much sums up the entire movie. ‘Eye for an Eye’ is a representation of a chain of events that show how each of its characters is just consumed by their lust for revenge. As a consequence of this, eventually, no one manages to get out alive. It all starts off when Mario decides to kill Padin by slowly drugging him.

Meanwhile, Padin’s sons find themselves in some deep trouble after one of their drug smuggling deals goes completely downhill. After this incident, the two sons, Kike and Tono, try to convince their father to give them some of his money, so that they can pay the hefty debt that is enforced on them by an opposing cartel. Padin remains quiet and refuses to help his sons even after one of them ends up in prison.

Tono, who is consumed by his own hate, tries to kill Mario, but in the process, he gets into a brutal car accident and dies. Meanwhile, Mario finally ends up killing Padin and manages to get away with it without raising any suspicion. Mario’s pregnant wife has a baby boy and for a while, it seems like everything is back to normal in Mario’s world. However, later in the movie, Kike and Mario are invited to be a part of the hearing of Padin’s will. It turns out that, according to the will, all of Padin’s goods and rights will be passed on to Mario’s first descendant. And just because he leaves nothing for his own sons, just like Mario, Kike gets engulfed by his own feelings of revenge and asks one of his men to kill Mario’s wife.

In the final moments of the movie, Mario comes back home and finds his wife shot dead. The consequences of his past come in full circle and he forced to face the karma of everything that he does just to fulfill his own hunger for vengeance. It is, as they say: “Before you embark on a journey of revenge, dig two graves.”